A dozen coins certified by Numismatic Guaranty Corporation® (NGC®) have realised prices over $1 million so far at auctions in 2021. They include a Brasher Doubloon that realised $9.36 million, which at the time was a record for any gold coin sold at auction.

A dozen coins certified by Numismatic Guaranty Corporation® (NGC®) have realised prices over $1 million so far at auctions in 2021. They include a Brasher Doubloon that sold for $9.36 million.

The million dollar coins are detailed below. 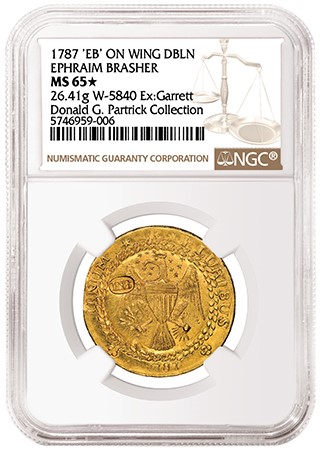 Why it's special: The centrepiece of the Partrick Collection, this coin realized a record $9.36 million at a Heritage Auctions sale in January 2021. Brasher Doubloons were the first gold coins struck in the newly independent United States. Only nine are known, with this one being the finest. 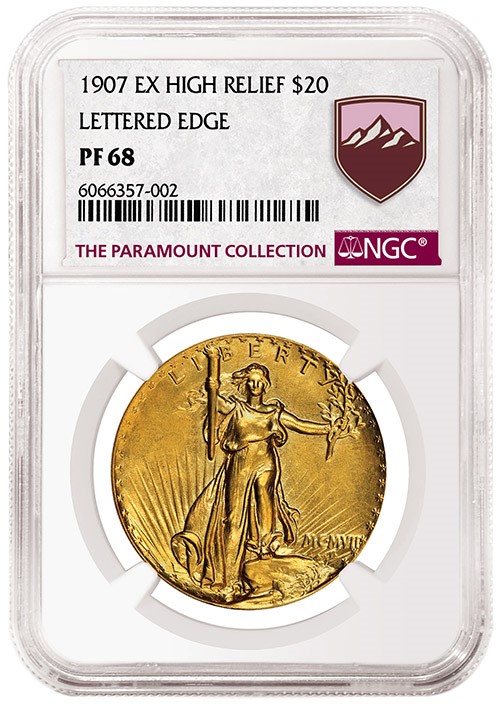 The pedigree: The Paramount Collection

Why it's special: These initial specimens of the inaugural Saint-Gaudens Double Eagle reign as some of the most-prized artifacts in all of US coinage. Only about 20 are known in Extremely High Relief. This was the focal point of the US coins portion of the ambitious Paramount Collection. It realized $3.6 million at a Heritage Auctions sale in February 2021. 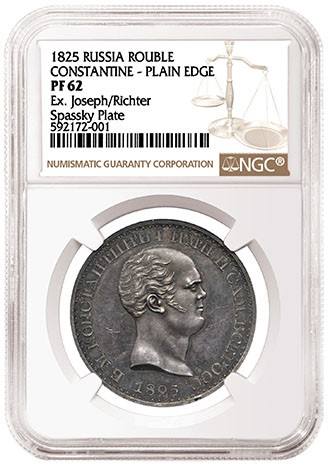 Why it's special: This Russian coin set the record for most expensive world coin in a Stack's Bowers auction when it realized $2.64 million in April 2021. It was struck for Constantine, who was expected to become emperor after his brother’s death in 1825 but refused to take the throne. Only eight of these coins are known, including three in museums. 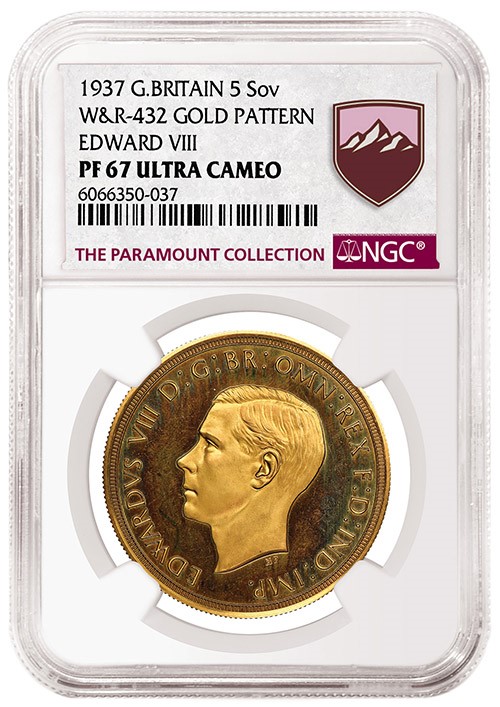 The pedigree: The Paramount Collection

Why it's special: This coin realized $2.28 million at a Heritage sale in March 2021, breaking the record for a British coin at auction. After his father died in January 1936, Edward VIII became king, but he abdicated in December to marry a divorced American socialite. A small number of Edward VIII patterns for coins that would have been issued in 1937 are cherished as some of the greatest rarities in British numismatics. 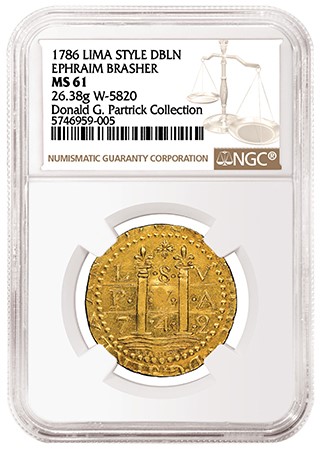 Why it's special: Brasher Doubloons take their name from the man who created them, renowned New York City gold and silversmith Ephraim Brasher. This particular example, a Lima-Style that imitates a Spanish gold coin, realised $2.1 million at a Heritage Auctions sale in January 2021. In the same sale, a New York-Style realised a record $9.36 million. 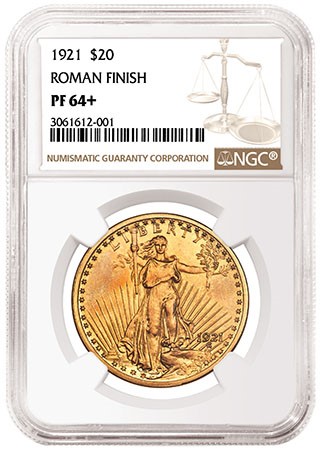 Why it's special: This coin was struck at a time when the US Mint was overhauling the nation’s coinage and experimenting with different finishes. Double Eagle Proofs were believed to have ended with the 1915 issue until two with the 1921 date showed up at auctions in the early 2000s.

The finer of the two known, this coin realised $2.01 million at a Heritage Auctions sale in August 2021. The other example is believed to have been given by the Mint Director to his nephew. 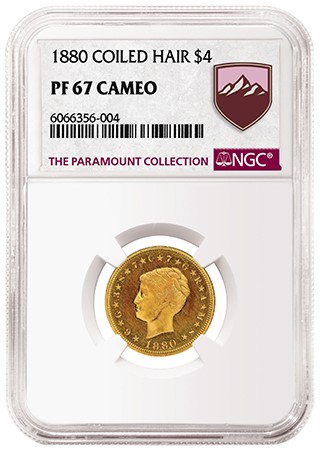 Why it's special: These $4 gold coins were meant to compete in international trade with European coins of similar worth, but only a few hundred patterns were struck before the experiment was canceled. Versions exist dated 1879 and 1880, with the Liberty head on the obverse sporting either coiled hair or flowing hair.

The 1880 Coiled Hair is the rarest, with only nine known to exist. This one realised $1.86 million at a Heritage Auctions sale in February 2021. 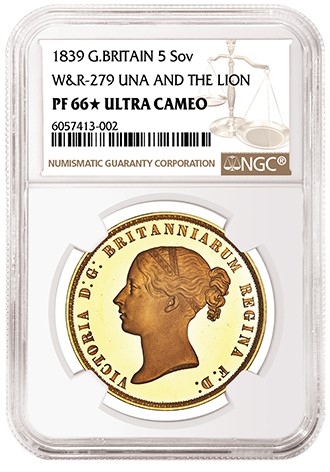 Why it's special: The finest-graded “Una and the Lion” 5 Sovereign realized a record $1.44 million at a Heritage Auctions sale in August 2021. These coins were struck to celebrate the ascension of the young Queen Victoria to the throne.

The design is inspired by Edmund Spenser’s 1590 poem “The Faerie Queene” and is widely considered to be the most beautiful of British coins. This example also earned NGC's trademarked Star (★) Designation in recognition of its exquisite eye appeal. 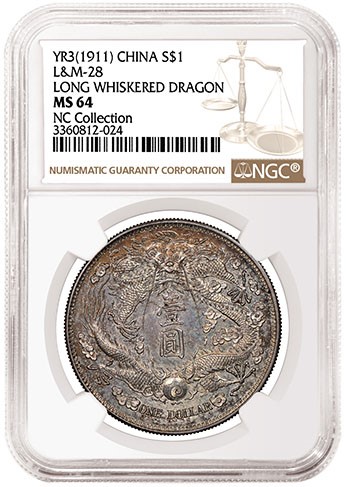 Why it's special: The NGC-graded NC Collection realized $18 million at a Champion Macau auction in May 2021, a record for a Chinese collection at auction. This Long Whiskered Dragon realised $1.34 million in that sale. It is the finest-known example of a much-admired coin designed by famed coin designer Luigi Giorgi. 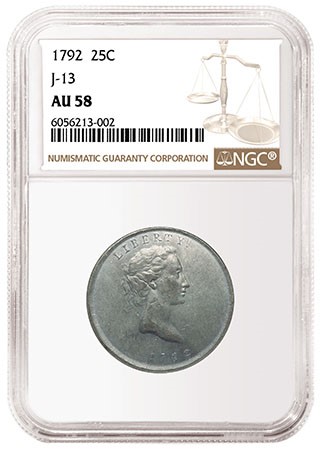 Why it's special: This particular example, one of only four known, realised $1.26 million at a Heritage Auctions sale in April 2021. This was its first appearance at public auction. It was struck in the early 1790s as the US Mint was preparing to roll out a national coinage. Though this pattern was not used for circulating coinage, certain elements of its design are echoed in the first quarters issued a few years later. 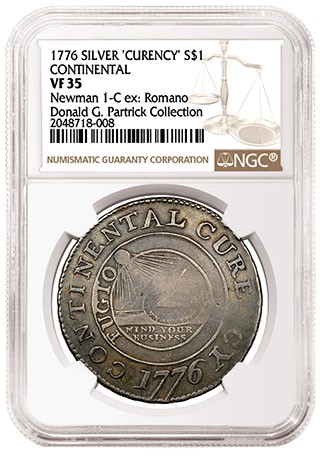 The pedigree: Romano and Partrick Collections

Why it's special: With their powerful designs and all-important “1776” date, Continental Dollars comprise a highly prized niche of early American numismatics. Only four are known in silver; all are NGC-certified and each has now realized a price over $1 million, including this one, which sold for $1.14 million at a Heritage Auctions sale in April 2021. 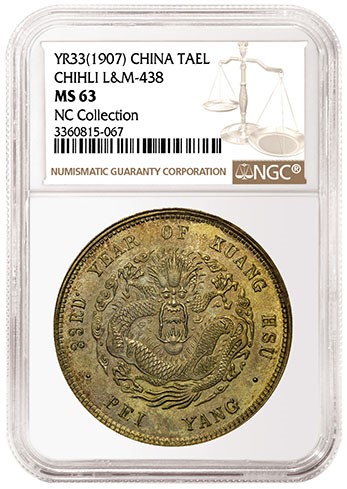 Why it's special: This is one of the finest known and one of the most coveted of the Chinese Dragon Tael series. The coin flew past its estimate of $200,000 to $400,000 to realize $1.1 million at a Champion Macau auction in May 2021. The NC Collection featured coins that are among the most desirable in Chinese numismatics, carefully collected by one of China’s most famous families.