Latvia’s fist coinage only had a very short lifespan, lasting just 14 years between the First World War and the Second World War before it was declared illegal by the occupying Russian, and later German, forces.

The Royal Mint played an important part in the development of the new coinage, striking virtually all of the silver coins, beginning with an order for 10 million one lat pieces in 1924. 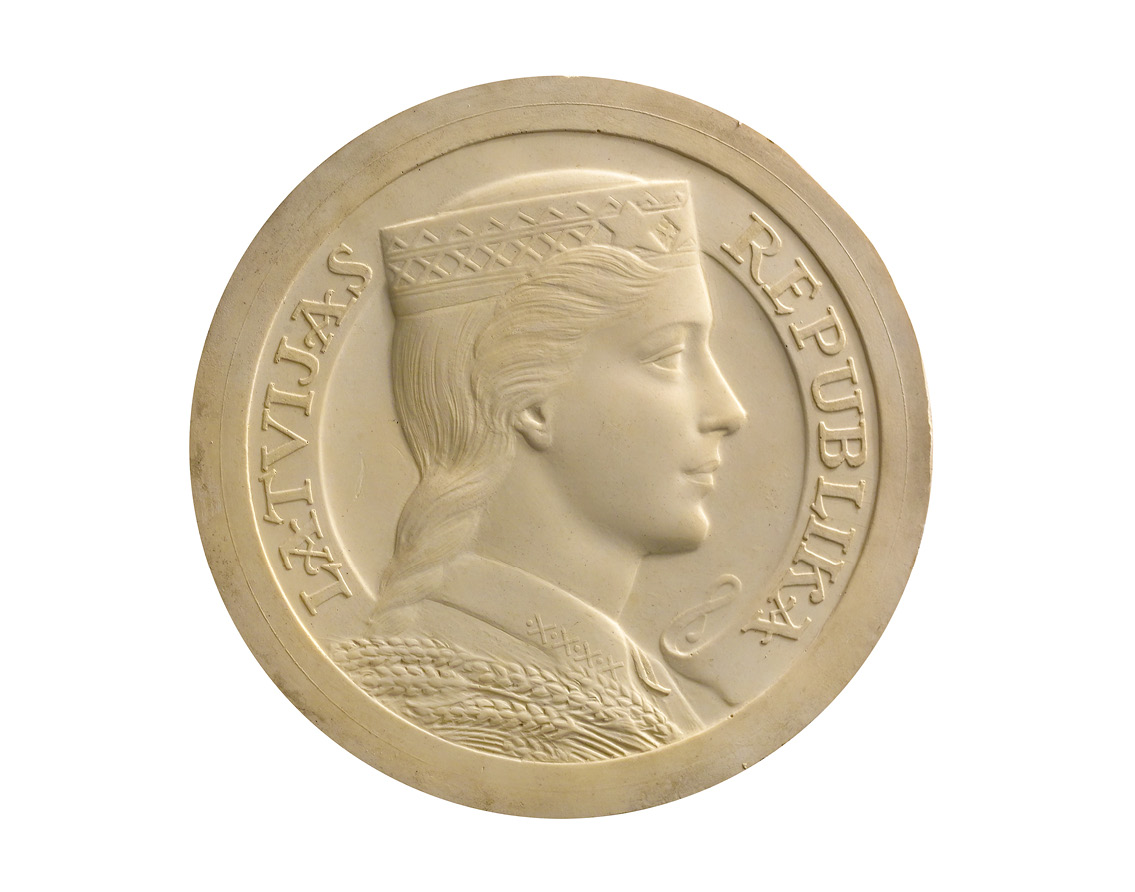 The five lats is particularly impressive, featuring a personification of liberty in the form of a Latvian maiden.

The design was created by Rihard Zarinš, manager of the Latvian State Securities Printing House but it needed a little help and it was only through the skill of sculptor Percy Metcalfe that the artwork was transformed into the elegant portrait used on the coinage.

The plaster model illustrated here is the work of Metcalfe, showing immediately why he was so highly regarded at the time as a numismatic artist and, indeed, his portrait was so popular that it has become something of a national icon in Latvia.