As would be expected of a collection built up by a working mint, the Royal Mint Museum contains a large number of trial and experimental pieces.

The one illustrated here was produced for Argentina in the late 1950s as an idea for a commemorative coinage to celebrate the country’s first independent government. 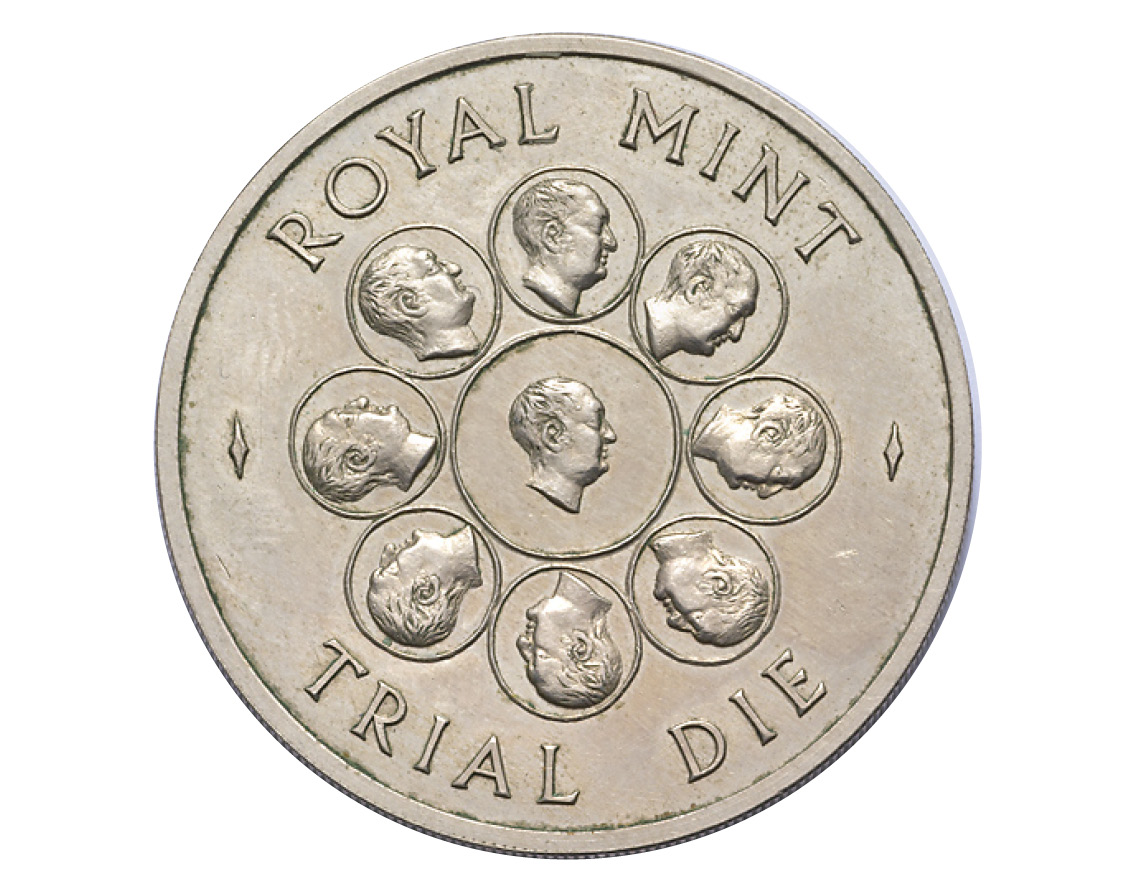 Although the portrait used on the trial coin was, as it were, of no one in particular, the intention was to portray the nine statesmen who had formed that first government in 1810.

As well as presenting how the design might look, the trial was designed to show what level of detail could be achieved on a small scale.

The arrangement certainly had its supporters when it was shown at a meeting of the Royal Mint Advisory Committee in November 1959 but the coin that was eventually issued, a one peso produced in nickel-clad steel, carried a view of an important national building instead.

Measuring 25mm in diameter, the trial does indeed demonstrate that it is possible to strike complex coinage designs, conveying a large amount of information that might yet retain some degree of elegance.