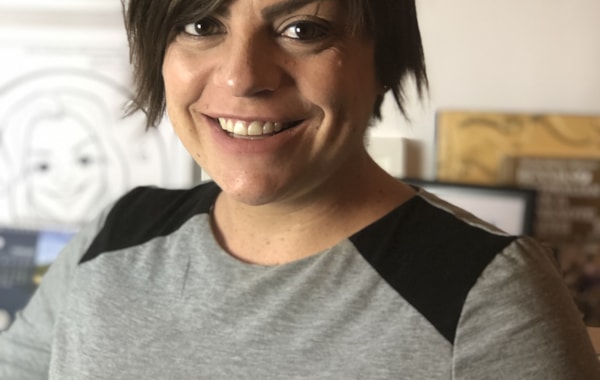 We asked Andrea Kuffner, the Germany-based creator and host of the popular YouTube channel TheCoinCouch, about the channel and videos, her background in numismatics and what she hopes to achieve from her video project, and quickly discovered her passion and enthusiasm for coin collecting

How did you become involved in the world of coins?

Being an ‘Army Brat’ (a child that grew up with a parent in the Army), I travelled quite a lot as a child including several overseas trips. I was always interested in the coins from other countries, especially the different designs, and would often keep coins that appealed to me.

My involvement really took off however, when I landed a job at The Royal Australian Mint as a Gallery Guide. My job was to present tours to school groups, members of the public and on occasion, VIPs. I was fascinated with everything coins, the history, the design, and the production process. Working at the Mint gave me a deeper understanding the coining process and an overall appreciation of coins in general.

What are you aiming to do with TheCoinCouch and the videos you produce?

The aim is to use my knowledge and connections within the industry to present extra/inside information. I plan to make the most of living within Europe and visit as many organisations as possible and bring viewers behind the scenes footage. I also travel back to Australia once a year and include trips to The Royal Australian Mint and The Perth Mint when my schedule allows. This is a fun and interesting hobby, and I feel it should be presented in a way that is personal and engaging. Hence why (as well as YouTube) The Coin Couch is also on Facebook, Instagram and Twitter in order to interact with other collectors on a daily basis.

One of my main motivators is encouraging new coin collectors and motivating young numismatists and this is why I produce videos that are fun, relaxed, and (hopefully) entertaining.

What type of audience are you reaching?

According to my YouTube analytics, my audience is made up of males ageing from 25 to 45 years old. The Coin Couch is viewed mostly in the USA followed by Germany, Canada and the United Kingdom.

Having travelled a fair bit, how do you think coin collecting differs around the world?

In Asia and Europe, I would say that most coin collectors collect a range of coins from around the world including both ancient and modern coins, that vary in condition from uncirculated to proof. In the USA however, most collectors have traditionally only collected US coins and it’s only in recent years that collectors are beginning to expand their collections to include international coins. Another thing that is popular within the US is graded coins. Although popular within the USA the demand for graded coins is not as strong in other parts of the world.

What do you think the future holds for coin production and coin collecting?

I think it is clear that we as an industry are exploring new innovative techniques when it come to coin design and production. That being said, I think that collectors still value traditional coining methods so I think that goes to show that coins are a piece of art and that overall craftsmanship, weather it be ‘man’ or ‘machine’ is very important.

What tips would you give on promoting the hobby to new audiences?

Social media is a way in which we can engage with existing collectors as well as drawing new people to the hobby. Sharing coin stories, designs and general information makes the hobby more accessible. Public programs are a way to promote the hobby and some mints have already taken the lead by launching nation wide coin hunts and/or producing special commemorative circulating coins. Coin shows and money fairs also need to look at the attractions/activities they provide in order to appeal to the public. It’s these types of schemes that break down barriers and open up the hobby to EVERYONE.