The Spring Auction Sales 2021 at Kunker saw 2,300 bidders take part and a total realisation of over £8 million. Highlights included a selection of coins of Roman Alexandria from the collection of an historian.

Prices are currently at an all-time high, according to the experts at German auction firm Kunker, with their recent sale featuring coins from Alexandria, said to be a favourite among collectors of Roman provincial coinage.

The sale featured 325 lots of Alexandrian coinage. A spokesperson explained:

'Coins of Roman Alexandria aren’t something that might be of interest to investors: they are not attractive enough, and to appreciate their true importance, profound knowledge is required. That’s why we can assume that all those who submitted bids for Alexandrian coins were collectors. Nevertheless, prices skyrocketed, indicating that the strength of the numismatic market is not only due to investors but to a large base of collectors.'

The third most expensive coin of the collection was a specimen from the famous astronomical series by Antoninus Pius with a hammer price of £16,490. The coin featuring the reverse “Virgo with ascendant Mercury” realised slightly more than “Aquarius with ascendant Saturn” (£15,620) and “Aries with ascendant Mars” (£12,150). 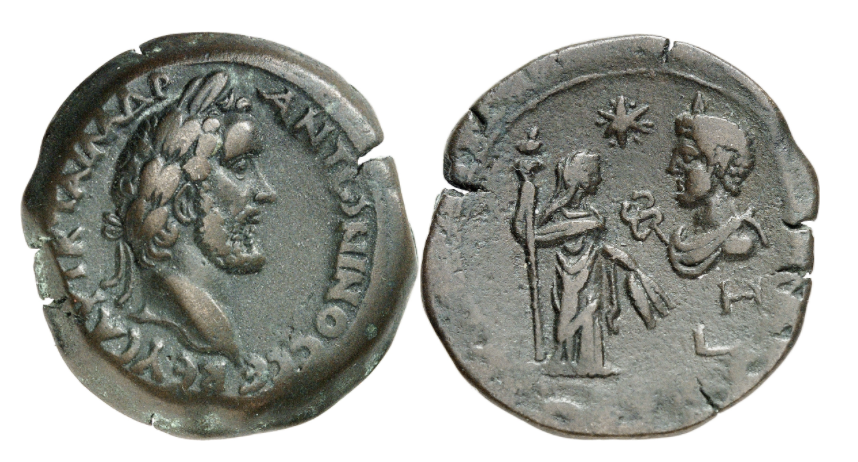 A drachm of Antoninus Pius depicting the entire zodiac on its reverse achieved £19,000.

In the centre of the depiction are the busts of Helios and Selene, recalling the dualism of the Egyptian calendar. In Egypt, the civil calendar was calculated according to solar years, the religious calendar according to lunar years.

When both calendars coincided again after 1460 years, one Sothic period ended. This event took place under the rule of Antoninus Pius, not in the year in which this impressive coin was minted but on 19 July 139, i.e. at the beginning of the second year of the reign of this ruler.

The festival was celebrated throughout Egypt with many feasts and ceremonies. This may have led to many Egyptians becoming interested in astronomy and astrology. At the time of Antoninus Pius, Claudius Ptolemy, a mathematician, astronomer and geographer, was researching this subject at the Museion of Alexandria. We know this scholar most of all because his world view was considered valid throughout the entire western world until Galileo Galilei shook it. However, Claudius Ptolemy did not only come up with the idea of celestial bodies orbiting the Earth on concentric crystalline spheres. He was the first to have the idea of basing the horoscope not exclusively on zodiac constellations but also on the ascendant.

So his calculations might have been the inspiration for the motifs featured on the astronomical-astrological series of Antoninus Pius. 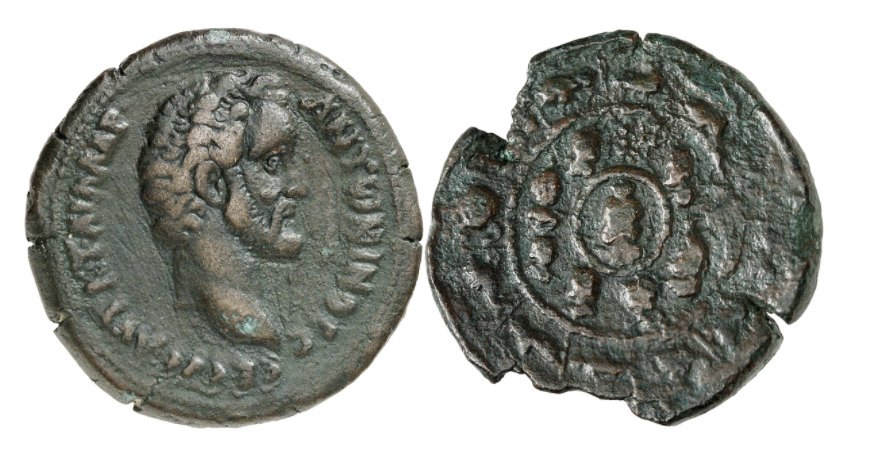 Most expensive Roman Alexandria of the sale

The most expensive coin of the collection, and thus the third most expensive Alexandrian coin ever sold at auction, was a drachm with a hammer price of £32,980 featuring the victory of Heracles over the Cretan Bull on the reverse. It was minted under Antoninus Pius and belongs to the series that glorifies the labours of Heracles.

The series isn’t a reference to the Heracles myth. It is mere propaganda of the ruler. Heracles was regarded as the epitome of an unselfish fighter for the good of humanity. The myth of Heracles at the crossroads was widespread in Roman times. It tells how Heracles decides against a comfortable but inglorious life to pursue a strenuous life that mankind will remember for a long time. This myth was used as a parable for the hard life of a ruler until the Baroque era. 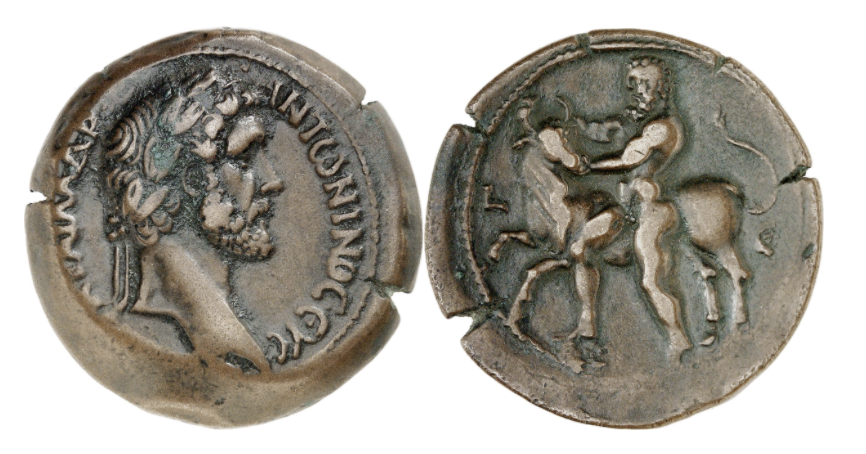 Whereas this sounds like mockery in view of the life of luxury that some Baroque princes led, it certainly applied quite well to the situation of Antoninus Pius. He had already been a rich man before he came to power and could have spent his life in luxury if Hadrian hadn’t convinced him to be his successor. Being an emperor was an exhausting task for those who were serious about it. This task could well be compared to the labours of Heracles.

A rare coin from the reign of Elizabeth I sold for £16,120 at Dix Noonan Webb recently.