Spink's 'Numismatic Collector's Series Sale' held at the Grand Hyatt as part of the New York international Numismatic Convention including a range of rarities.

An India mohur, from the Mughal Empire, Jahangir (1605-28) sold for $300,000 at the sale. Featuring an image of Cancer the Crab, the 10.91g coin was said to be 'of the highest degree of rarity' since no other gold Mohur of Kashmir has been recorded. An 'undisputed original strike' the coin's design featured the crab framed by 47 sun rays, within a plain circular border with beads in outer margin.

A Great Britain George IV (1820-1830) Proof £5 coin of 1826 was one of the highlights of the sale.
Bare head left, rev. Crowned and mantled quartered shield of Arms, crowned escutcheon with the Arms of Hanover at the center. Inscribed edge. S.3797, Fr.373, KM 702.
The coin was described as being a 'very rare and impressive Proof-only issue with a mintage of just 150 pieces.' 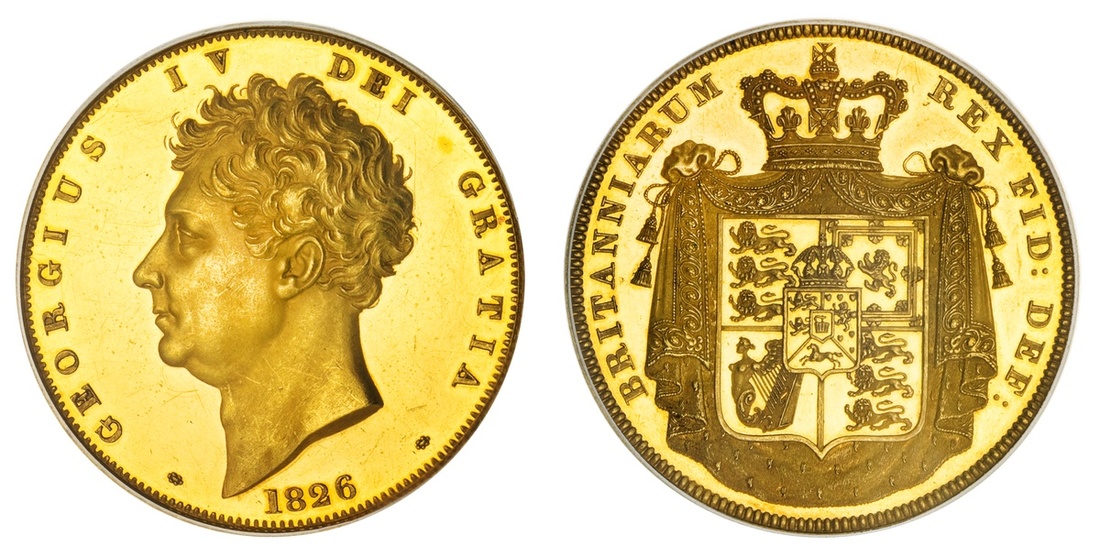 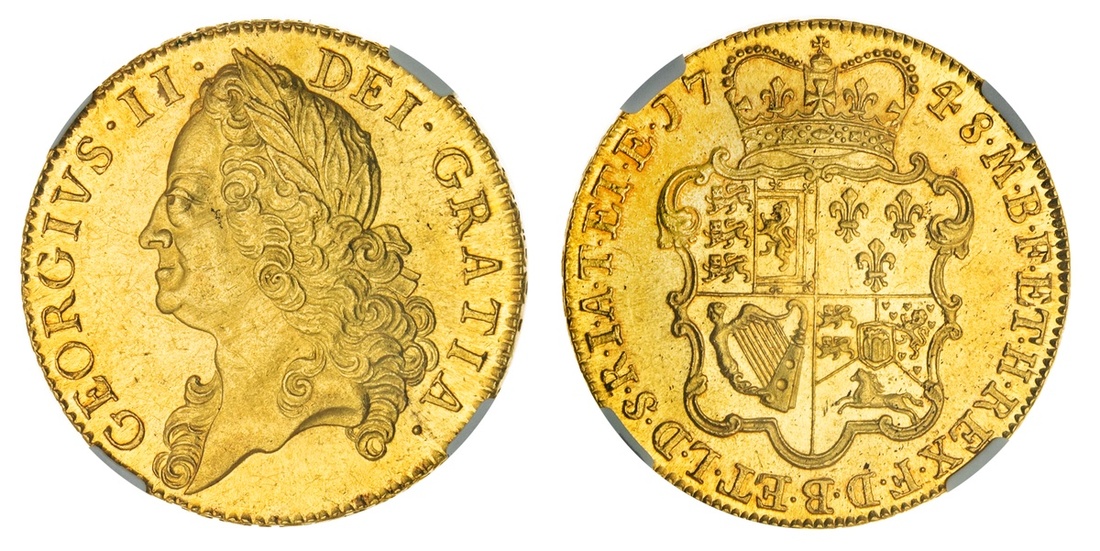 A Japanese 20 yen gold coin also attracted interest. Issued under the reign of Mutsuhito (Emperor Meiji) (1867-1912), the coin's reverse featured the depiction of a dragon curled within a beaded circle, legends around. On the obverse: 'Sunburst crest superimposed on Sacred Mirror flanked by banners, chrysanthemum above, pawlonia crest below'. The lot was said to be: 'a handsome example of this Rare and very popular type, the largest of modern Japanese gold issues.' 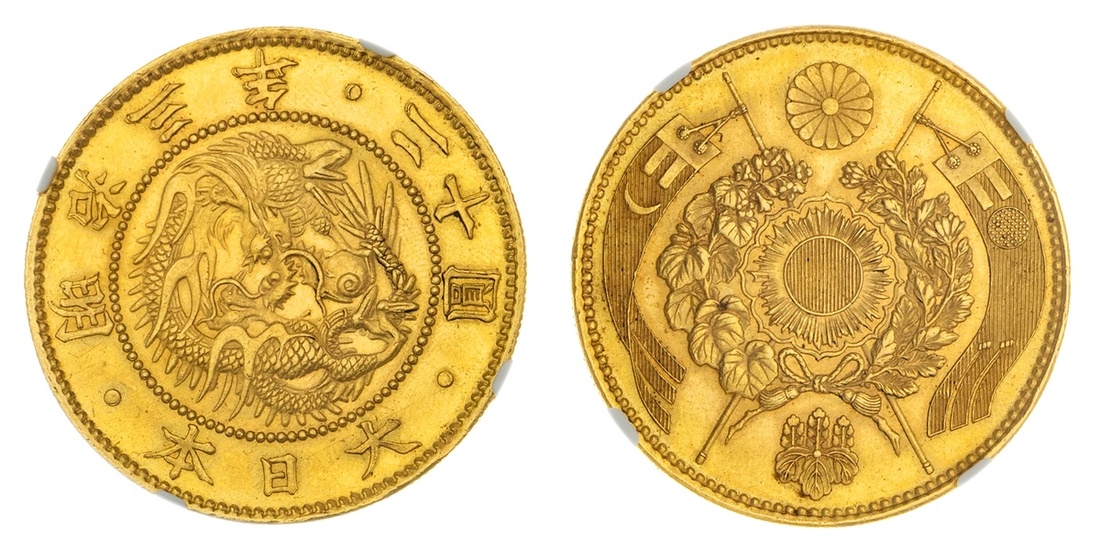 All images (c) Spink (www.spink.com)
$ to £ exchange rate correct at time of publication.