The sale will comprise four collections 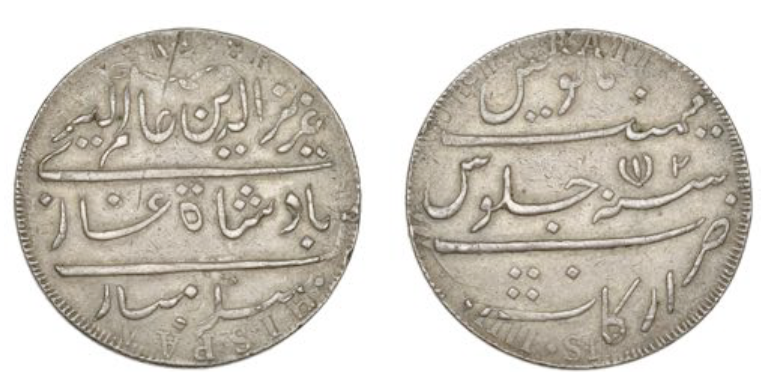 Among the highlights is, from the Collection of the late John Roberts-Lewis, a very rare and fine double-rupee from the Madras mint (pictured above), dating from 1807 which has been overstruck on a Spanish- American Lima 8 Reales (coin) of Charles IV sometime between 1788 (when Charles IV’s reign began) and 1807. It is estimated to fetch £1,500-£1,800. 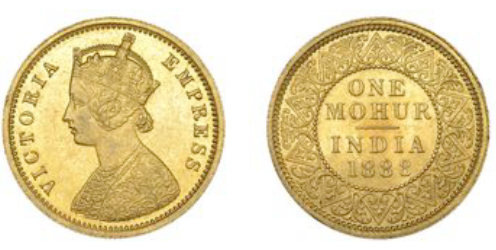 An extremely fine British Indian Mohur coin (pictured above), dating from 1888 and produced in Calcutta carries a similar estimate.

Part II of the Coins of the Indian Sultanates will also be included. This is the second part of the collection that Dix Noonan Webb sold in October; there will be more to come later in 2020. 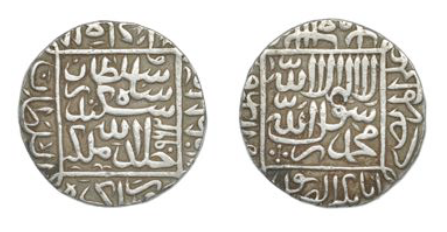 “London has always been an important centre for the Indian coin market, and there have been many important sales held here over the years, but this will be the first time that DNW have had a specialist Indian sale. This follows on from our sale in October which saw three coins from the first part of Collection of Coins of the Indian Sultanates sell for more than £30,000 each.”

Public viewing is held two days before the sale between 10am – 5pm.