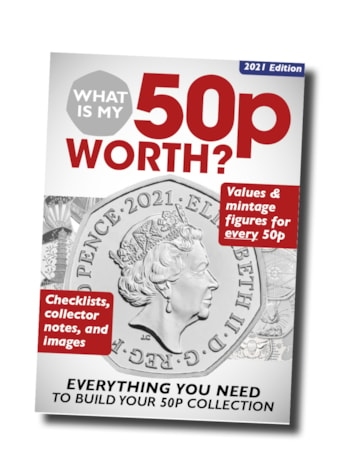 Discover the history of the British 50p piece, from 1969 to 2021, with your in-depth download-and-print guide to designs and mintage figures, including collector notes, mintage figures and estimated values.

Discover the history of the British 50p piece, from 1969 to 2021, with your in-depth guide to designs and mintage figures.

This 31-page guide for beginners includes:

Once purchased you will receive an email explaining how to access your downloads (PDF file size: 4.5 MB).