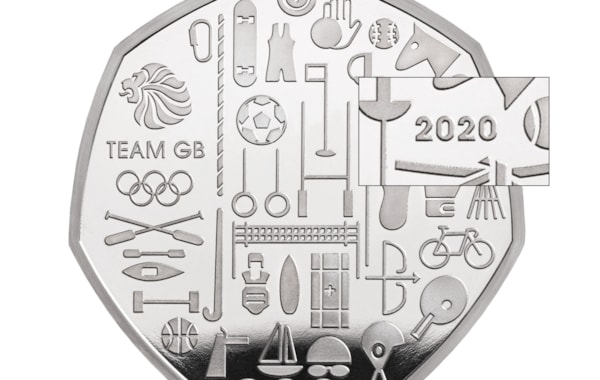 Every issue of Coin Collector features exclusive advice from the experts at ChangeChecker, and in the latest issue of the popular magazine Kimberley Jarrad discusses the Team GB 50p coin issued this year for the - now postponed - Olympic Games

Coin Collector magazine is packed full of advice for collectors, covering a huge range of subjects, from early Celtic coins to the latest new pieces being issued by mints around the world.

Our regular feature from ChangeChecker gives you the latest scarcity reports, mintage updates and more, to help you build your 50p collection, and in issue 8 we take a closer look at the potentially unprecedented story behind the Team GB 50p… just how rare is the Team GB 50p going to be?

Since it was announced the 2020 Olympics have been officially postponed until next year, the question on all collector’s lips is, ‘What will happen to the 2020 Team GB 50p?’ Initially released as part of the Annual Coin Set in January of this year, collectors are now left wondering if they’ll ever see this coin in their change.

What will happen to the Team GB 50p?

Amid the Coronavirus pandemic, it has been confirmed the 2020 Tokyo Olympics will be postponed until next summer. Shockingly, this is the first-time ever the Olympics have been postponed (they have previously been cancelled three times during the First and Second World Wars).

Initially intended for individual release ahead of the games in May, the first question collectors are asking is…

Will the Team GB 50p be released at all?

In short, the answer is sadly not yet. As the games are not going ahead this year, the Team GB 50p will not be released individually in 2020.

The good news, however, is that the coin will remain available to collectors as part of the 2020 Annual Coin Set. This means the only way collectors will get their hands on the 2020 Team GB 50p is by owning the complete set in collector’s quality.

The second question many collectors are asking is…

How rare is the Team GB 50p going to be?

Although we can’t be sure yet exactly how sought-after this coin is going to be, what we do know is that as the 2020 dated version is only available in collector’s quality within the Annual Set, far fewer are expected to be minted than if the coin were to be released into general circulation, this is likely to mean it will be particularly sought-after by collectors!