The Royal Mint reveals its coin designs for 2019 Each January The Royal Mint announces which anniversaries and topics it will be including in its minting schedule for the year ahead, as well as offering collectors the chance to purchase coin sets of the entire year's collection.

This year is a notable one for collectors as 2019 marks the 50th anniversary of the issuing of a 50p coin. The special 50p coin marks the 160th anniversary of Sir Arthur Conan Doyle, the creator of the much-loved detective Sherlock Holmes. The coin has a reverse design by Stephen Raw, showing a silhouette of Holmes surrounded by the titles of Conan Doyle stories.

24 May will see the 200th anniversary of the birth of Queen Victoria, at Kensington Palace in London, an anniversary sure to be in the headlines during 2019 with books, theatre productions and documentaries exploring the queen's life.

The Royal Mint's own celebration is a special £5 coin with a reverse designed by John Bergdahl that has the queen surrounded by some of the most notable achievements of the Victorian era, including a steam train, penny farthing and telephone.

We move forward in time to 1944 with the 75th anniversary of the D Day landings in Normandy, a turning point for the Allies in World War Two. On a £2 coin, designer Stephen Taylor has created a design featuring the names of the beaches where the landings took place: Utah, Omaha, Gold, Juno and Sword.

Another key anniversary to be commemorated with a coin is the 260th anniversary of the formation of the firm Josiah Wedgwood and Sons at Stoke on Trent in 1759. What began as a small pottery business grew into a world-class maker of pottery and china, recognised for its distinctive blue and white plates and vases. The Wedgwood design team have created the reverse of the special anniversary coin, featuring a Wedgwood vase and the dates 1759-2019.

Finally, The Royal Mint will mark 350 years since the final diary entry of London diarist Samuel Pepys. Pepys' diaries have provided generations of historians with lively, first-hand accounts of life in the capital in the 17th century, including an account of the Great Fire of London. Designer Gary Breeze depicts Pepys' quill pen writing his final diary entry - on 31 May 1669, when ill health forced him to stop. 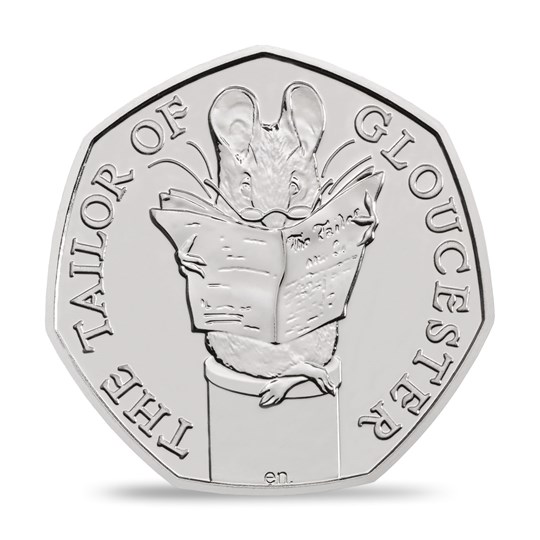