The Royal Mint has posted the latest breakdown of coins that have entered circulation, including new designs commemorating ‘Diversity Built Britain’ and the UK’s Withdrawal from the European Union.

The Royal Mint has today posted the mintage figures for the calendar year of 2020, providing the official guide to the rarest coins in circulation.

The 50 pence is Britain’s most collectable coin and provides the ideal canvas for commemorative designs – with more than 50 different versions released into circulation since 1969.

The famous 2009 Kew Gardens 50p remains the most coveted coin in circulation, with a mintage of just 210,000. Other rare designs include the 2011 Olympic 50p’s and the highly collectible Peter Rabbit series.

In January 2020 The Royal Mint issued a new 50 pence to mark the UK’s departure from the European Union, featuring the inscription “Peace, prosperity and friendship with all nations” as a symbol of continued unity.

In October 2020 a fifty pence was issued to celebrate ‘Diversity Built Britain’ as part of Black History Month. To accompany the release The Royal Mint issued a coin and education pack to every primary school in England and Wales.

“Coin collecting remains a popular hobby in the UK, and finding a special design in your change adds to the excitement. If you are lucky enough to find a commemorative 50 pence you can find more information about its history, design and mintage on our website.” 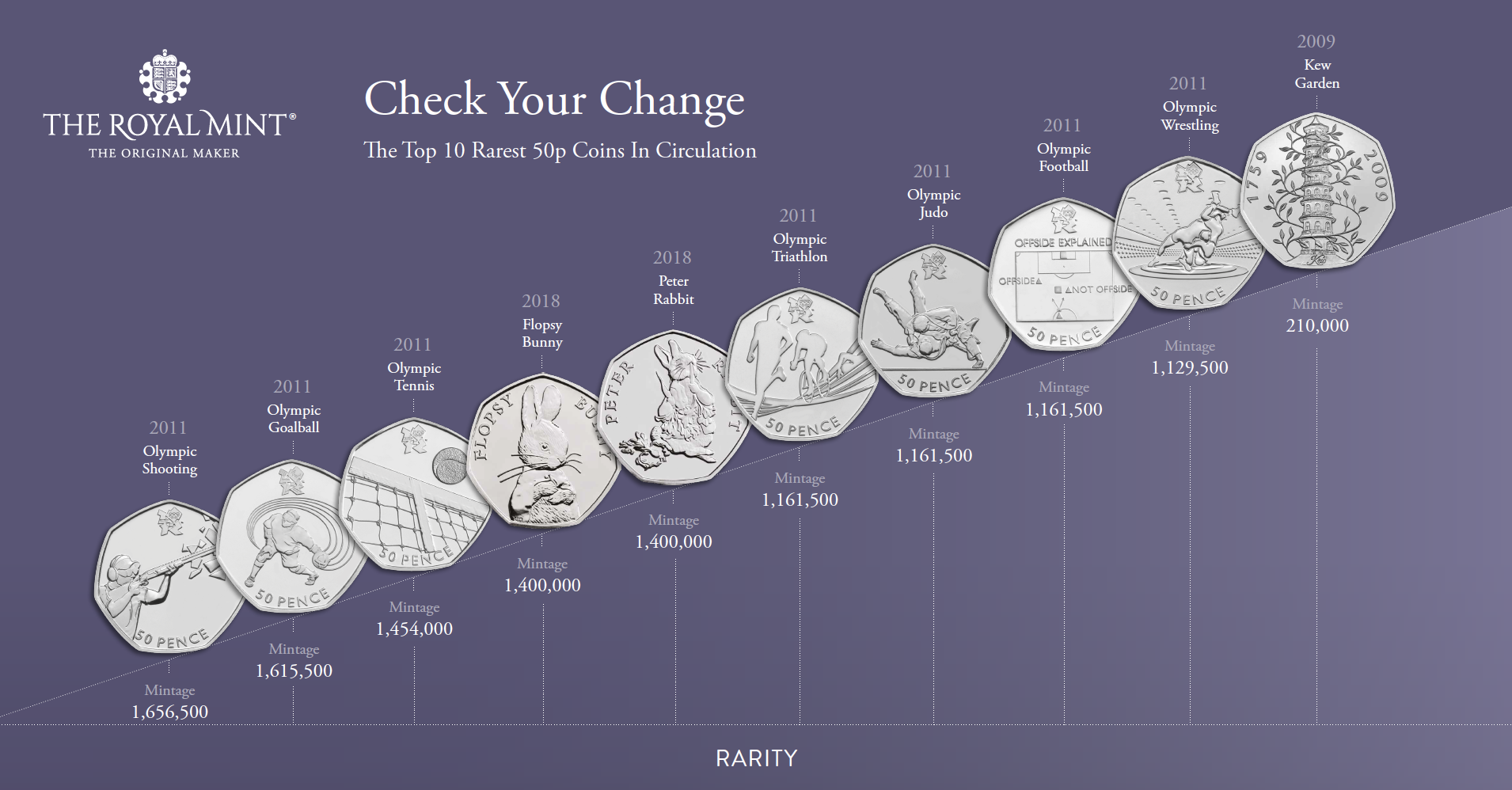 As well as the coins found in your change, The Royal Mint issues a range of commemorative coins each year to celebrate landmark events, anniversaries and individuals that have shaped the nation. In 2021 that has included collectable coins celebrating Her Majesty the Queen’s 95th birthday, Team GB at the Tokyo Olympics and the 50th anniversary of Mr Men and Little Miss.