There is nothing new about refugees from war zones seeking asylum in Britain. A recent coin find suggests that they were doing it 2,000 years ago.

On 29 September last year a rare Celtic gold coin, known to numismatists as a Petal Saltire quarter stater of the Hampshire Belgae, was discovered by a metal detectorist near Stockbridge, Hampshire, less than five miles from the Iron Age hillfort of Danebury.

Elizabeth Cottam, director of Chris Rudd Ltd, the Celtic coin specialists, thinks that this little gold coin – it’s only 10mm in diameter – may have been minted around 55-40 BC, at or near Venta Belgarum (modern Winchester), by a wealthy Belgic migrant who fled from north-east Gaul to escape from the Roman forces of Julius Caesar during the Gallic War, 58-51 BC.

Liz said: “I see the beady eyes and beaks of two eagles facing each other with a ‘cogwheel’ sun between them. An eagle’s head, usually in profile, often occurs on the earliest uninscribed coins of Belgic tribes, in Britain, in Gaul and most commonly in Germany which, according to Caesar, was the original home of the Belgae.”

Commenting on the rarity of this ‘Belgian refugee’ coin, Liz added:

“This is only the third Petal Saltire quarter stater recorded and is easily the finest of the three.” 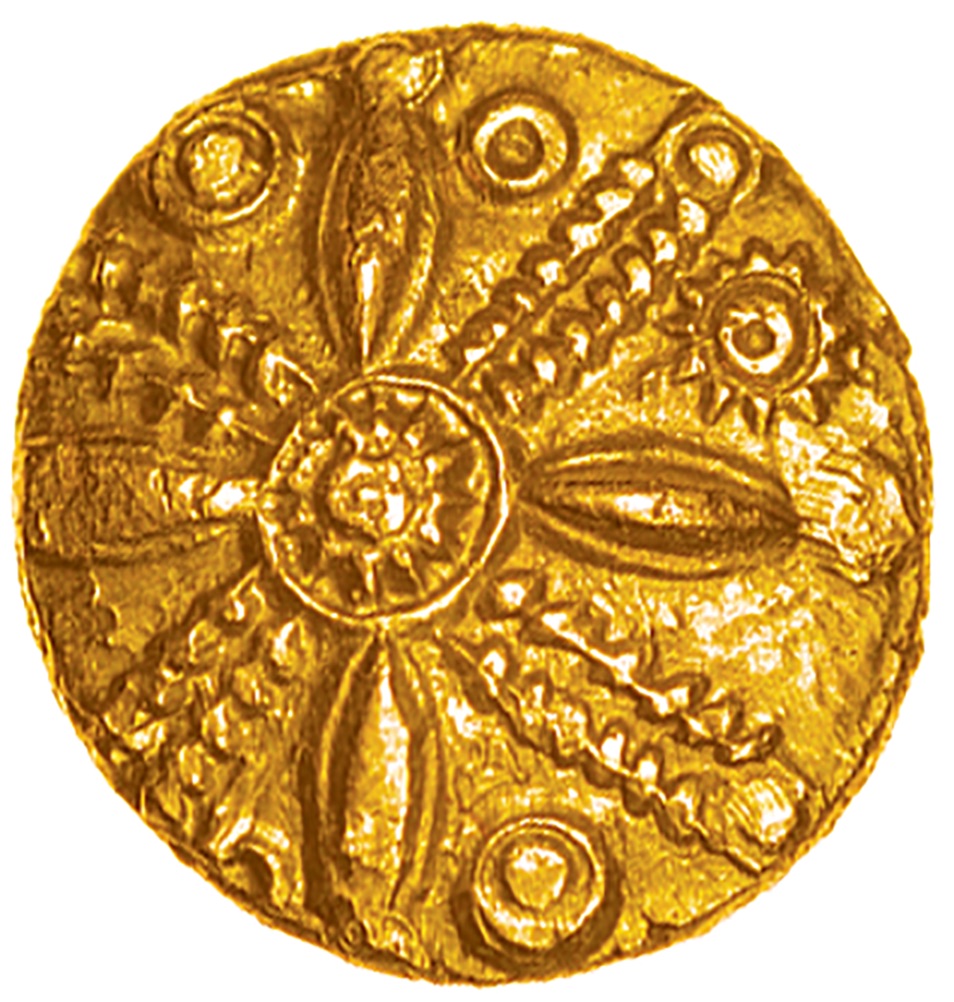 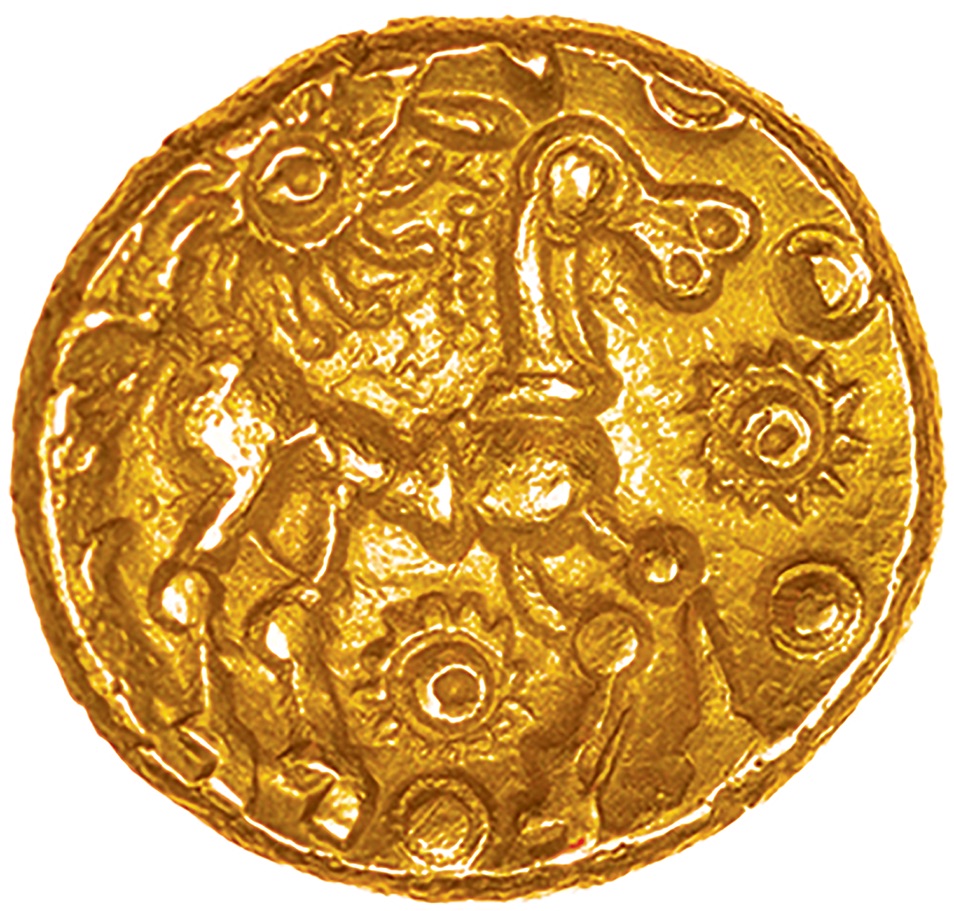