Over 2,500 11th-century silver coins were recently discovered in north-east Somerset, by a group of metal detectorists, with the hoard expected to shed new light on the people and practices of the period.

The huge coin hoard, thought to be worth around £5 million, was discovered by Lisa Grace and Adam Staples, near Chew Valley in Somerset, and primarily includes coins depicting Harold II (1066), the last crowned Anglo-Saxon king of England and his successor, William the Conqueror (1066-87), first Norman King of England.

Lisa Grace and Adam Staples, finders of the hoard, said:

‘It’s an amazing feeling to have unearthed this spectacular hoard. We’ve been dreaming of this for fifteen years but it’s finally come true.’

According to the British Museum, it is also the largest Norman hoard found since 1833, and the largest ever found from the immediate aftermath of the Norman Conquest.

Gareth Williams, Curator of Early Medieval Coinage and member of the Coin Collector Editorial Board, said:

‘This is an extremely significant find for our understanding of the impact of the Norman Conquest of 1066. One of the big debates amongst historians is the extent to which there was continuity or change, both in the years immediately after the Conquest and across a longer period. Surviving historical sources tend to focus on the top level of society, and the coins are also symbols of authority and power. At the same time, they were used on a regular basis by both rich and poor, so the coins help us understand how changes under Norman rule impacted on society as a whole.’

The coins were found in January 2019 when a group of metal-detectorists including Lisa Grace and Adam Staples were searching on land near the Chew Valley, Somerset. Along with five other colleagues they found a total of 2,528 coins dispersed in the ploughsoil over a small area.

The Chew Valley hoard contains the first known examples of a ‘mule’ between Harold and William. Mules are coins with a design from different coin types on each side of the coin, indicating that the moneyer for the coin re-used a die to create one side.

According to the British Museum, the exact circumstances in which the hoard was buried are uncertain, though it is thought to have been buried in the period c.1067–8, but in 1067 the Welsh attacked Herefordshire, in 1068 William himself besieged Exeter, and later the same year the sons of Harold returned from Ireland, raiding around the mouth of the Avon, Bristol and down into Somerset. 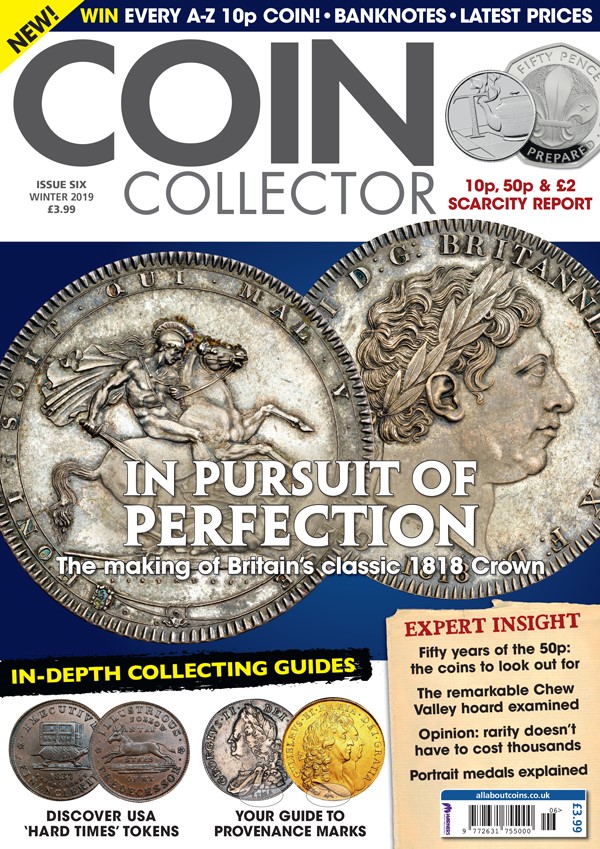 The last of these is the most likely to be directly associated with the hoard, but all three indicate a period of unrest in the south-west which might lead to wealth being buried for safety.

Discover much more about the hoard in the in-depth report in Issue 6 of Coin Collector magazine, available to download or order right now…

Sample of the Chew Valley Hoard
(photo: Pippa Pearce, © The Trustees of the British Museum)

The coins from the Chew Valley hoard arrive in muddy bags before cleaning (photo: Pippa Pearce, © The Trustees of the British Museum)

Sample of the Chew Valley Hoard from overhead (photo: Pippa Pearce, © The Trustees of the British Museum)