Set up by the Pobjoy family in 1965, Pobjoy Mint is a manufacturer of legal tender coins for over ten British Overseas Territories. As a private mint, we also produce medals, medallions, official regalia, tokens and numismatic gifts.

We strike official commemorative and circulating coins, therefore, all our coins bear HM Queen Elizabeth II's effigy or the Coat of Arms of the country.

The Pobjoy family has been associated with fine metalwork since the Middle Ages, and over the past three centuries, they have been involved in many diverse fields, but they have always been involved in metal, both base and precious. During World War II, Pobjoy Aero Engineering was involved in the manufacturing of the famous Spitfire Wings.

However, Pobjoy Mint is now known for over 50 years of being involved in the development and manufacturing of coins, medals and tokens. 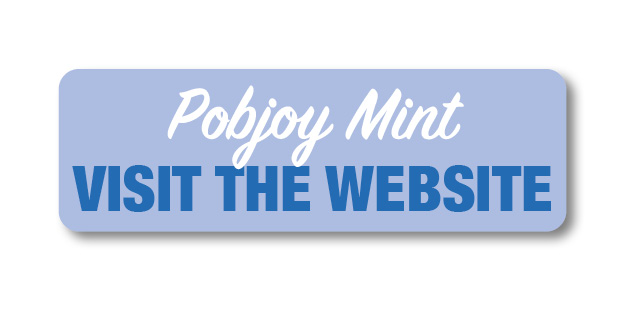 In 1978, we developed the world's first satisfactory man-made precious metal, known as Virenium®, which has been successfully used in high denomination coinage since then. We have also produced many World's First in the Coin industry including the First Circulating Base Metal £1 Coin for the Isle of Man in 1979.

Furthermore, Pobjoy Mint produced the World's First 50p Coin with a Pearl Black Finish on behalf of the Government of Gibraltar in 2020. Since 1999, we have been known as the only manufacturer to successfully produce coloured Titanium coinage in the world.

As a fully functional manufacturing mint, we are able to provide a complete service from the origination of artwork, the concept of special projects, design, manufacture, marketing, sales and distribution worldwide.

In 2004, Pobjoy Mint also became involved in the design, production and sale of new issue stamps as a natural extension of its numismatic business.

Since 2016, we have been awarded the ISO 9001 2015 quality mark by BSI which represented recognition of the overall high standard of quality and customer service achieved by the mint.

Over the years, we have produced numerous coins in a variety of different metals including Cupro Nickel, Bi-Metal, Silver, Gold, Titanium, Bullion and Virenium®. Our Bullion coins have proven especially popular with our Pegasus coins being Pobjoy Mint’s flagship Bullion coin since 2017.

Our 2021 edition sold out almost immediately with its unique Reverse Frosted background featuring the winged horse which is one of the best known creatures in Greek mythology.

We have also released many different 50pence coin series with the most popular being the completely sold out 2020-2021 Tall Ships Series. Other series included the Penguin series, Turtle series, Primates series and our newest Sea Creatures series.