Highlights of the Coin Cabinet, Vienna With some 600,000 objects from three millennia, the Coin Cabinet at Vienna's Kunsthistorisches Museum is one of the largest and most important numismatic collections in the world. Discover items from the collection in our Festival of Coins guides… 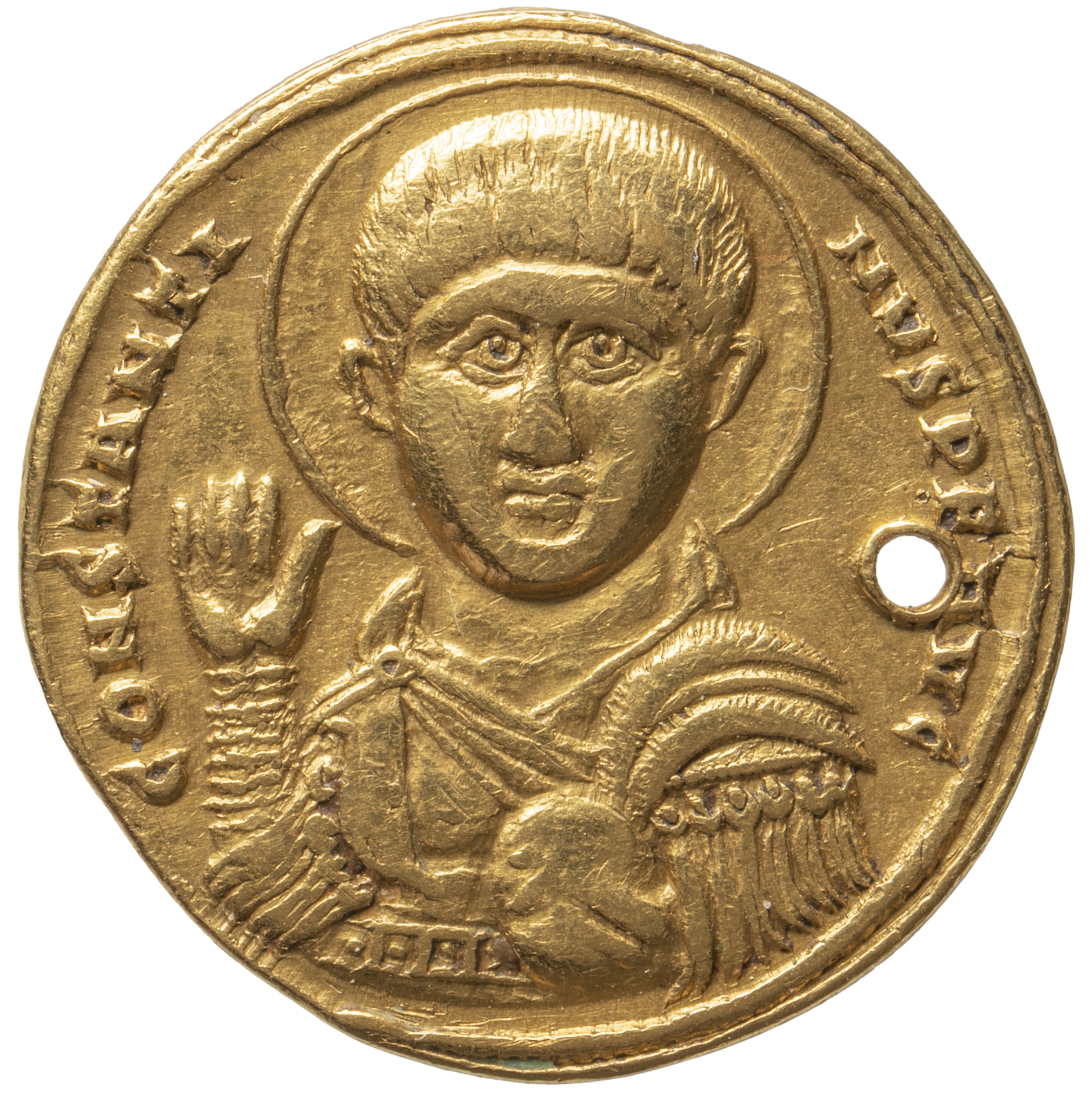 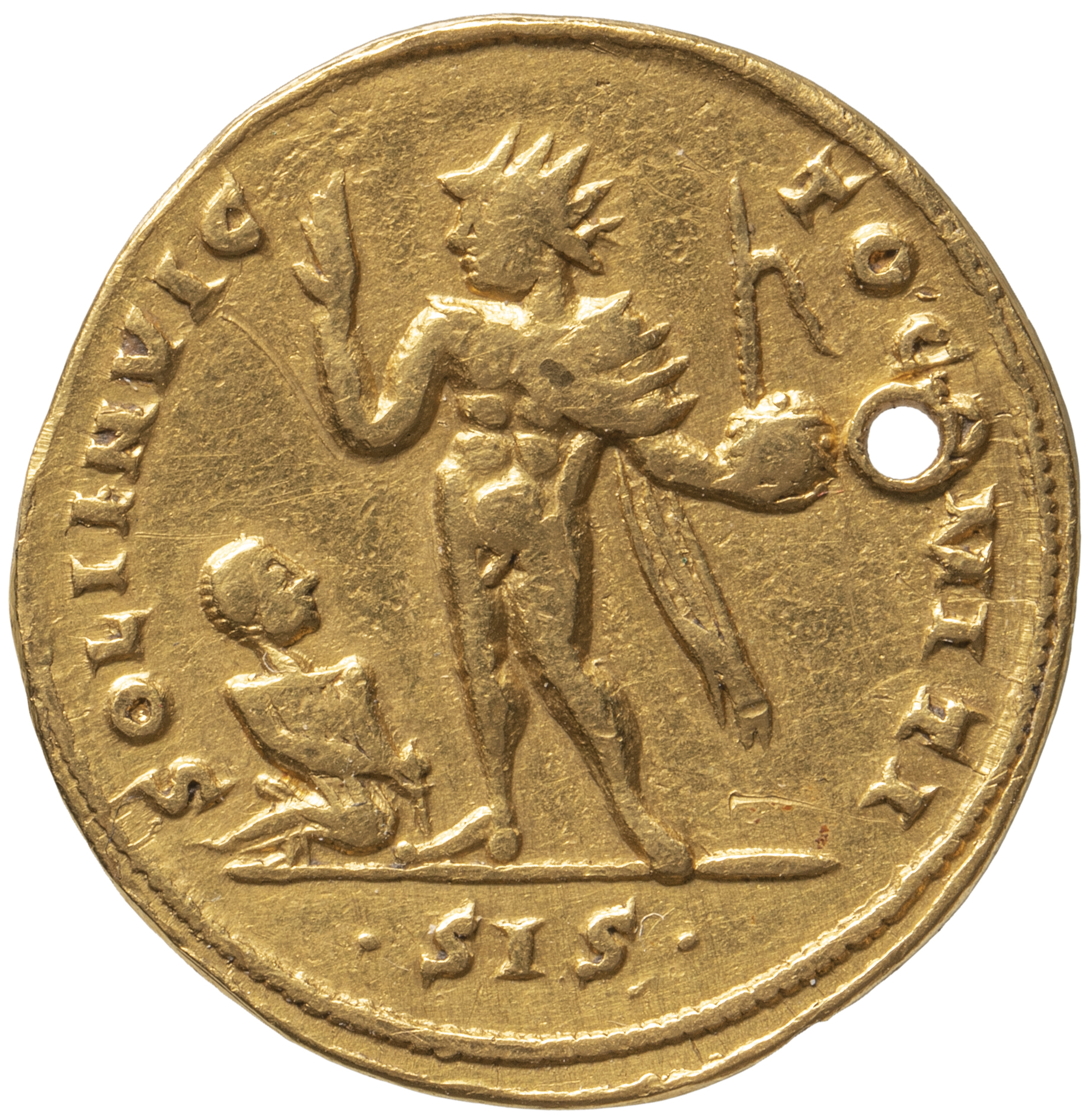 Constantine presents himself in a rare frontal view as the sun god Sol.

The halo, which is not yet to be interpreted as a sign of Christianity, is in fact the sun disc, an attribute of Sol. He is wearing armour and a mantle above it. With his raised right hand, he is hailing an audience, thus the observer of the coin, and holding a globe in his left hand that represents the celestial spheres.

The reverse legend says ‘to Sol, the invincible companion [of the emperor]’ and it makes clear that at that time Constantine had chosen Sol as his personal deity. 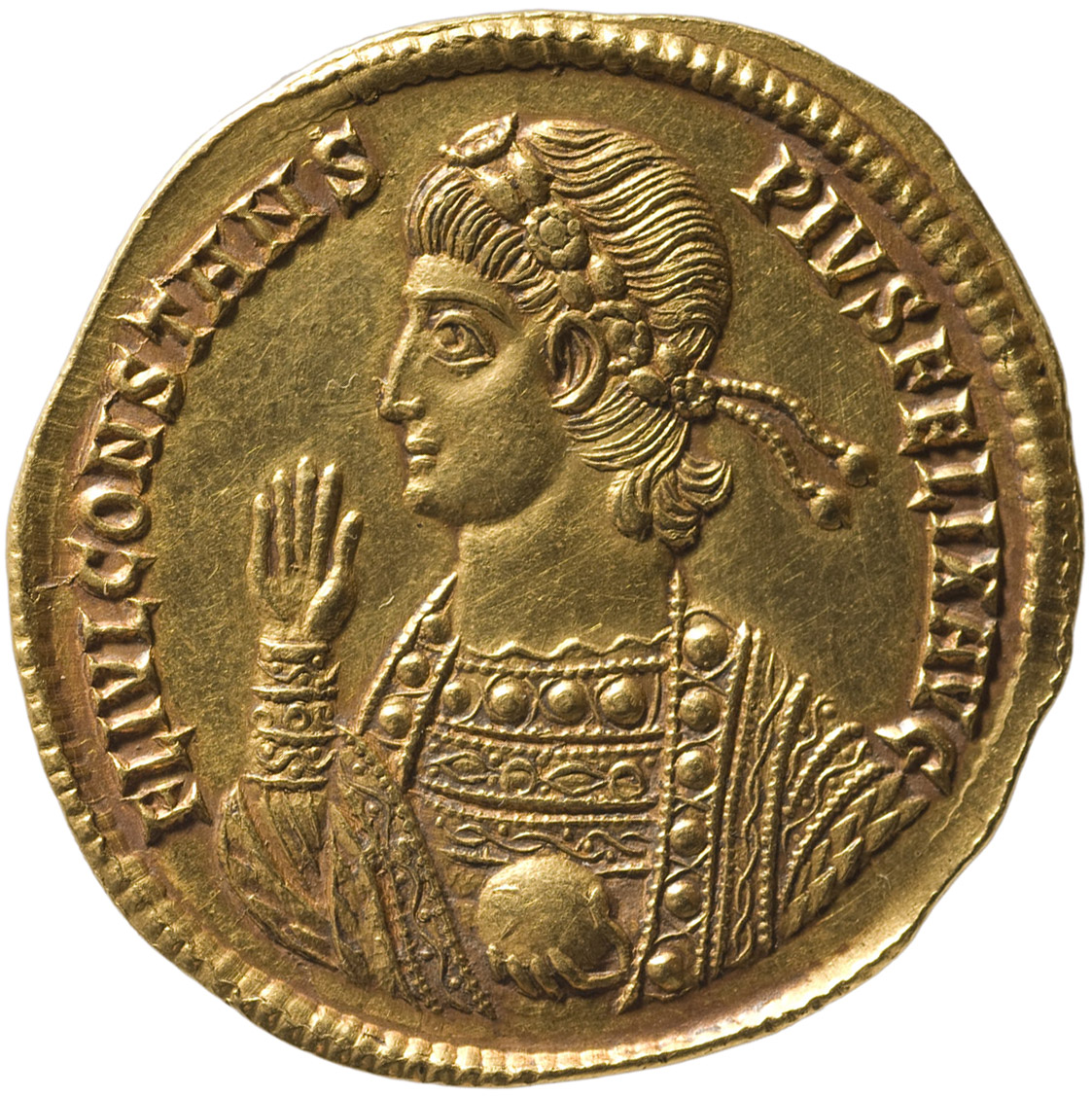 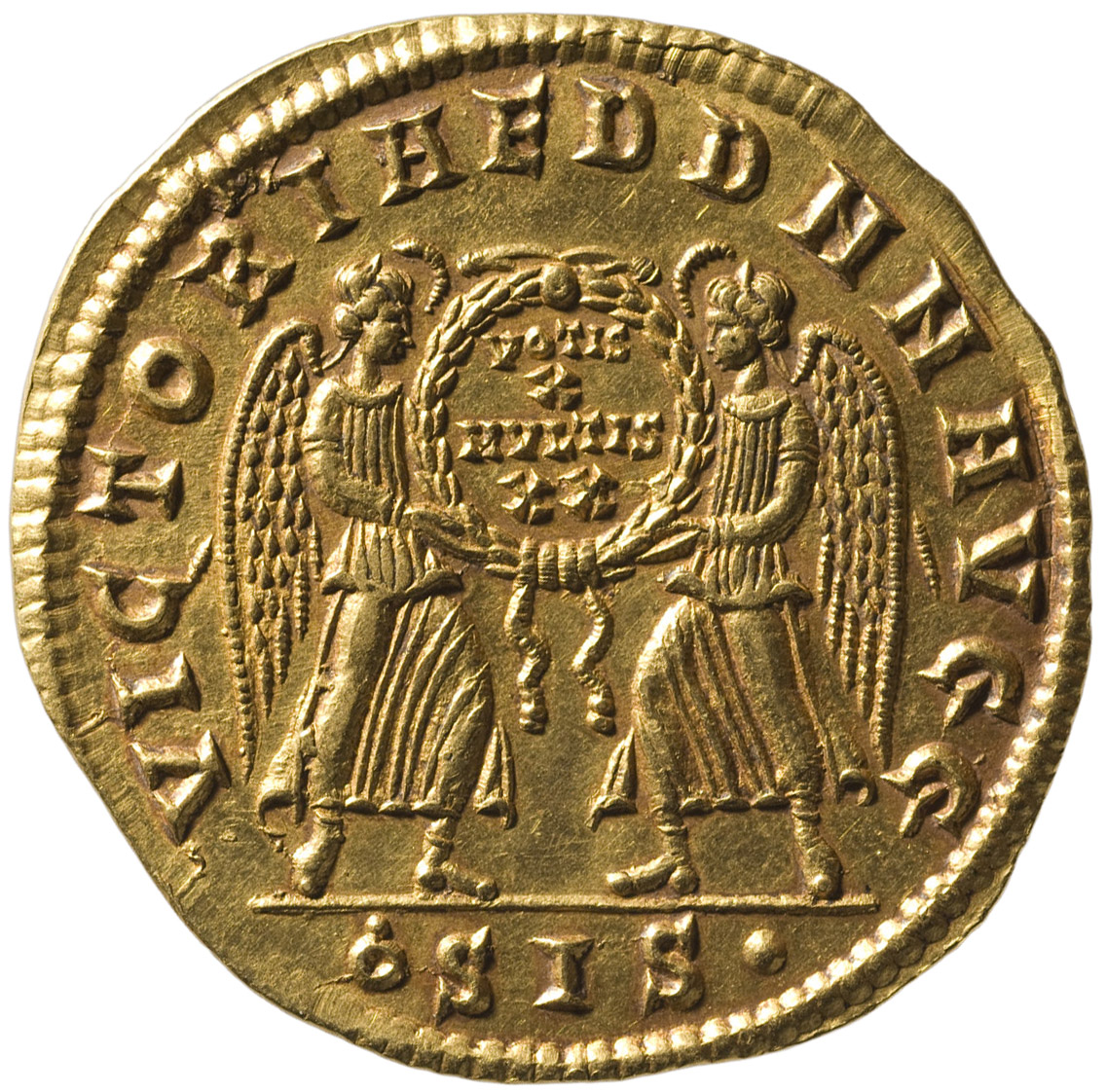 The emperor is wearing an imperial mantle, the trabea, which he wore at the inauguration as a consul, which has always taken place on January 1st. He is hailing an audience and holding a celestial globe.

The reverse shows an image also known from bronze coins, two Victories bearing a shield with a VOTA-legend, celebrating the anniversary of Constans and his brother Constantius II as emperors. In this denomination of a double solidus, it is unique.

This gold bar bears the stamps of officials of the roman fiscal administration. It was never intended as payment, but for internal use only. At that time, all taxes were paid in gold. The coins were then melted down into bars and brought to the nearest mint in order to be re-struck into new coins again.

Together with 14 more gold bars this one was found in 1887 in Csofalva (Crasna) in Transylvania, hundreds of miles away from the next roman mint.

All clues lead us to believe it was produced around 379/380 CE, when there was a devastating invasion of Goths into the Balkans, marking the beginning of the Migration period.

Check the Festival Programme for more highlights from the Coin Cabinet at Vienna's Kunsthistorisches Museum.