One of the undoubted strengths of the Mint Museum is its collection of pattern coins of Edward VIII.

Quite apart from their extreme rarity there are interesting stories surrounding specific pieces and the choice of the king’s portrait was one such episode. 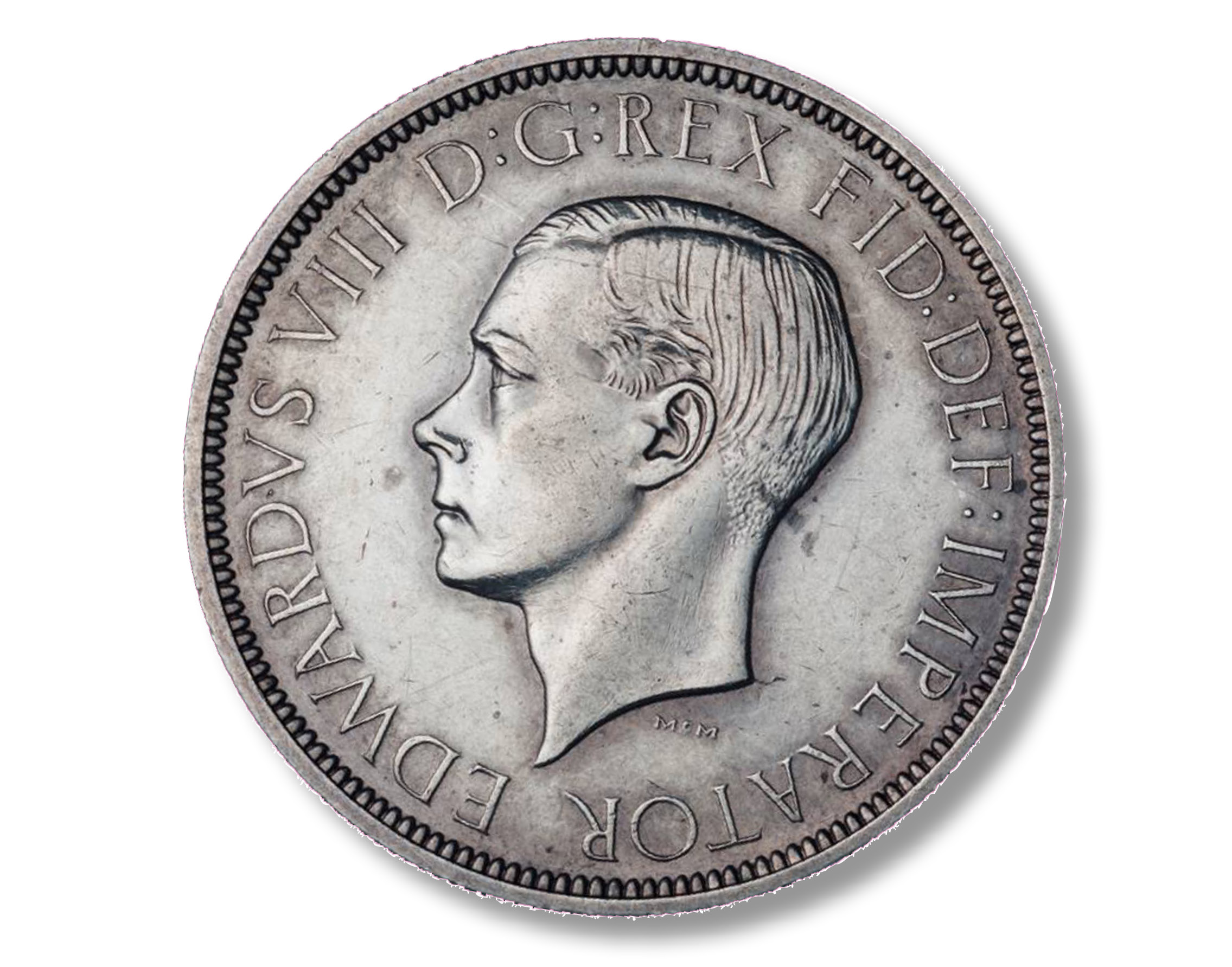 William McMillan, a Royal Academician, and Humphrey Paget were asked to prepare uncrowned effigies of the king and opinion was so divided on the design committee about the respective merits of the two portraits they submitted that the views of the king himself were sought.

The uniface half-crown pictured here is a trial piece of one of McMillan’s models and, although the king readily acknowledged the quality of his work, he chose instead a portrait by Paget.

It was argued that McMillan’s work was sculpturally superior but its slightly more stern aspect stood against it and we should hardly be surprised to find that the king liked the more flattering effigy by Paget.