Coin of the day: The Quarter-sovereign In 2009 the Royal Mint issued quarter-sovereigns for the first time as legal currency.

Precedents for the initiative are to be found in the lower value gold coins of the eighteenth century but more particularly in the beautifully prepared pattern quarter sovereigns of 1853. 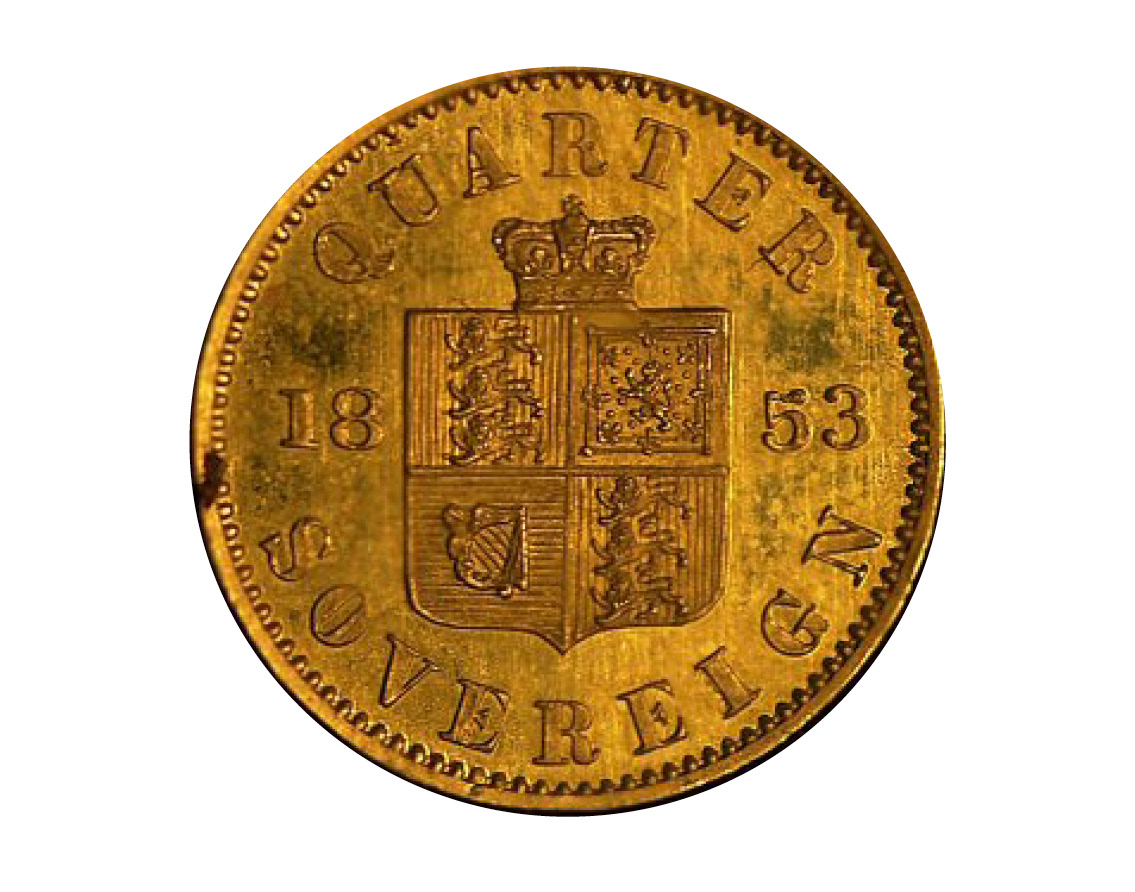 The Royal Mint collection contains specimens of both types that were produced, one bearing a prominent denominational value and the other an exquisitely drawn shield of the Royal Arms.

It was an interesting proposal aired by Sir John Herschel as Master of the Mint but which foundered on fears that the coin would wear too quickly and other practical considerations also mitigated against its release.

Having an eye to the requirements of circulation did not arise in relation to the quarter-sovereigns issued in 2009 and their release has presented an opportunity to extend the range of gold coins.