Coin of the day: The Last Sovereign The Royal Mint site at Llantristant in South Wales was opened by the Queen in December 1968 but production continued at Tower Hill in London through the first half of the 1970s, albeit it on a reduced scale.

After 1972 very few coins were struck in London and, with the commissioning of additional machinery in Llantrisant, there was little need for production of blanks and coins to continue at the old home of the Mint across from the Tower. 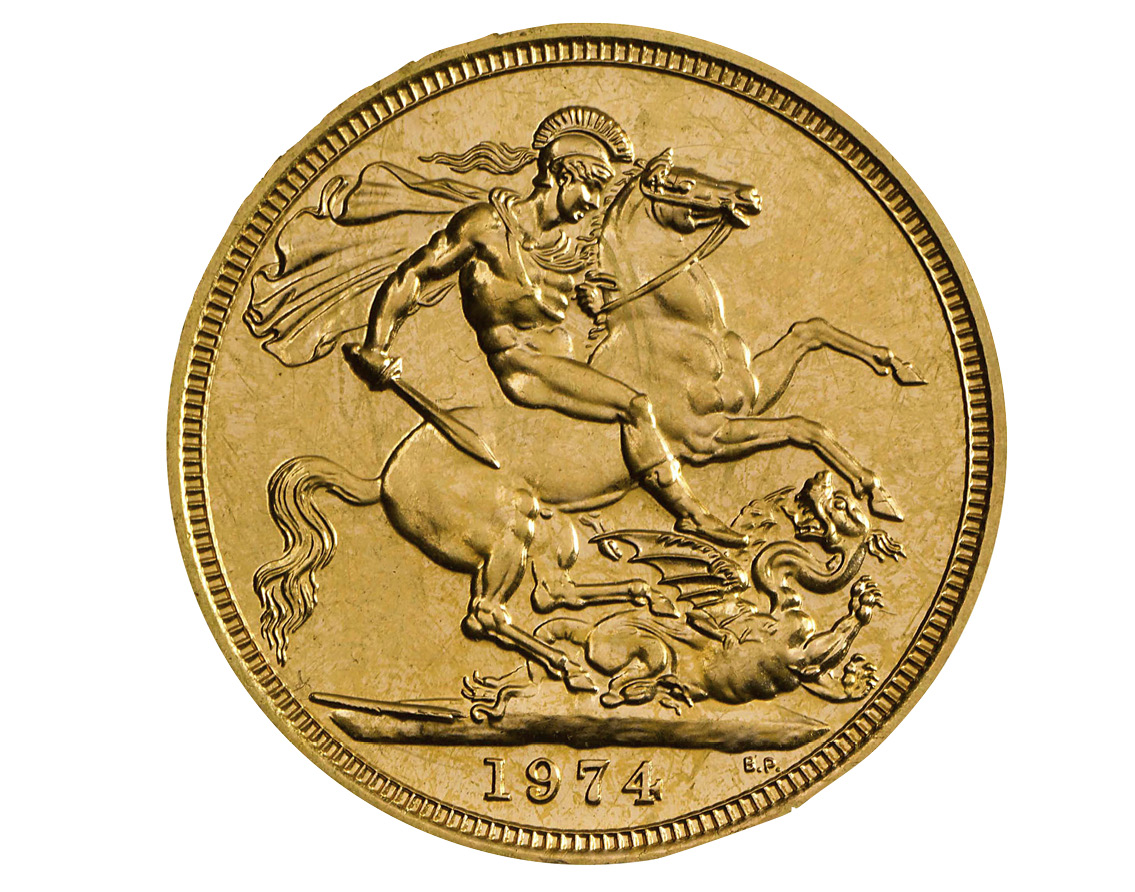 On 10th November 1975 the last coin ever to be struck at Tower Hill was a gold sovereign dated 1974.

The dwindling numbers of those still working there gathered around the press to see the ceremonial end of coin production some 160 years after it had all started with a coinage of copper pice of Penang for the East India Company.

The gold sovereign in question was retained and is in the collection of the Royal Mint Museum.

In telling the story of where the Mint has been located over the last 1000 years it is a key object and consequently it is now on public display in the Royal Mint Experience.

It was significant that of all the coins to have been chosen, it was the sovereign.

Far from being consigned to the demonetised cabinet of history, the sovereign had been given a new lease of life in the post-war world where gold played a part in providing stability for the international exchange rate mechanism.

Millions of sovereigns were produced from 1957 through the 1960s and it was, therefore, an understandable choice as the last coin produced of the Tower Hill era.