Coin of the day: The 1 Pie Pattern In 1945 the Government of India came under pressure to introduce a new coin for use by the poor of a denomination smaller than the pierced coin, the Pice.

Mint officials at Bombay were asked to find a solution and the result, worked out and produced in less than a week, was the Pie, made from the circular disc punched from the centre of the Pice. 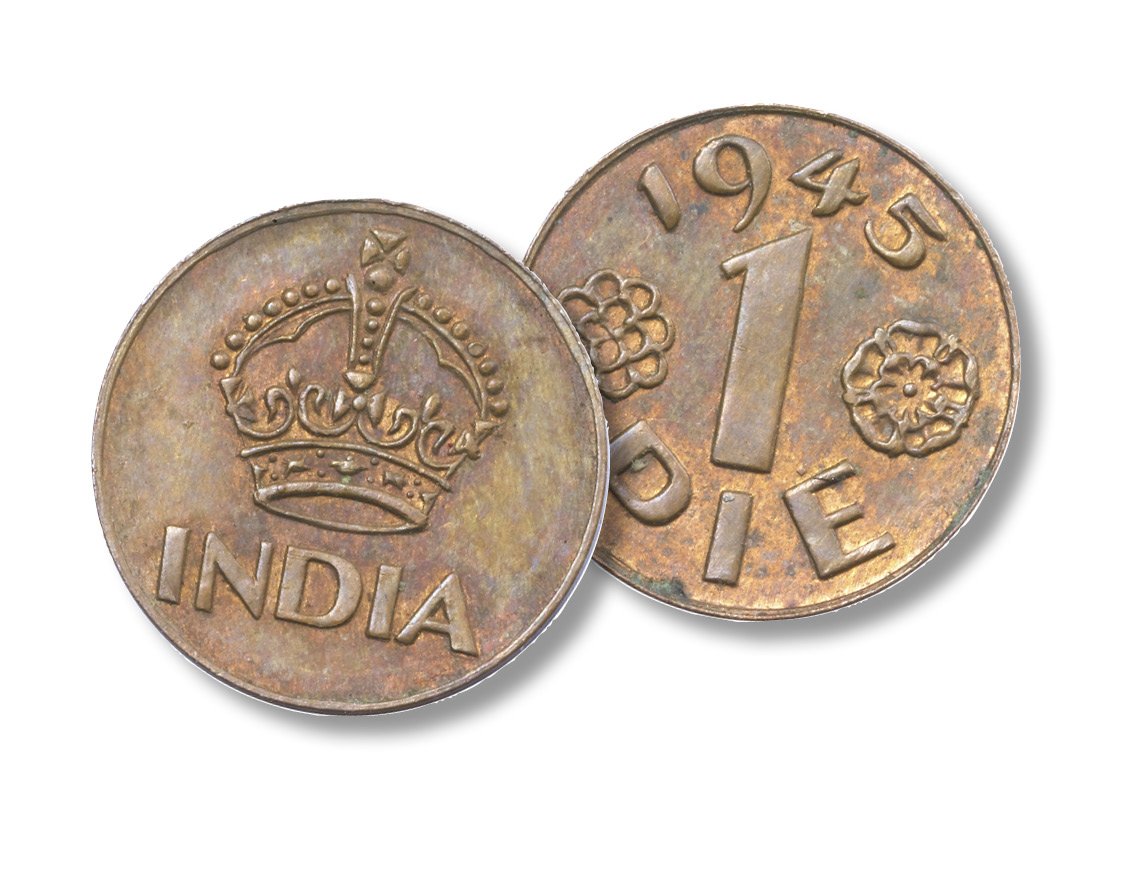 The intention of making such a small coin was to ensure that its metal value would not exceed its face value but with a diameter of 10mm it would have been a difficult coin to use and the idea, together with the pattern pieces, was shelved.

This specimen found its way into the Royal Mint Museum collection as a gift from the aptly named Major Money, one of the senior officials at the Bombay Mint in the 1940s.

He visited the Royal Mint in the early 1990s and his excellent memory of the time has helped provide the background to how this tiny coin came to be made.

It was an ingenious idea, hit upon by Major Money himself, to make use of the otherwise redundant centre of a pierced coin.

It also provides a charming example of how a national collection can be built up through acts of kindness as well as through deliberate accessions policies.