Coin of the day: Coins of Iceland The Royal Mint Museum’s collection of coins is a reflection of the work undertaken by the Royal Mint, with samples from every order finding their way into the Museum.

It should come as no surprise, then, that there are a larger number of coins in the collection from overseas countries than there are from the United Kingdom. 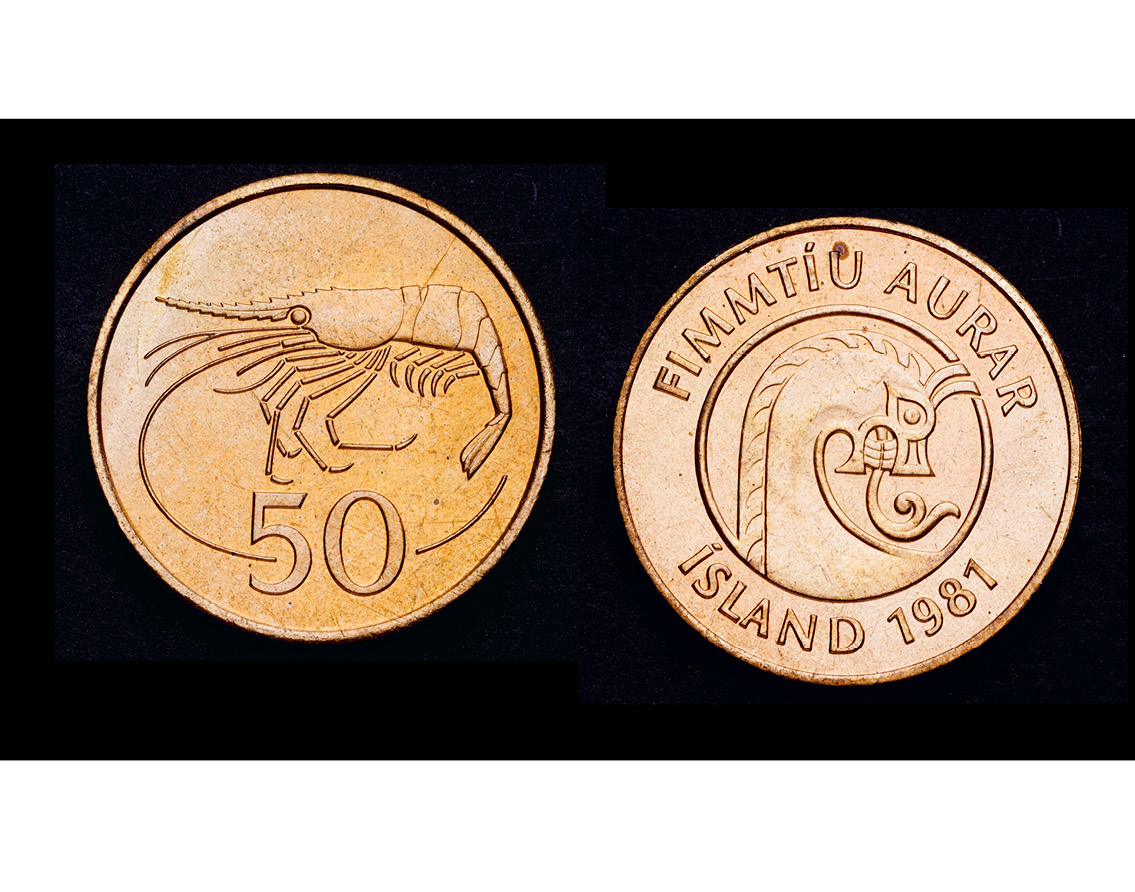 Although the work of the Mint has had this international profile for hundreds of years, exporting to the world received a boost in 1922 with the arrival of the energetic Deputy Master Sir Robert Johnson.

He actively sought work from wherever it could be found, whether from Albania, Guatemala, the Soviet Union or anywhere else and a long-standing relationship with Iceland has emerged from Johnson’s legacy.

The coinage of most counties has a distinctive national character but this is especially true of Iceland.

A major reform of the coinage in the early 1980s resulted in a complete re-design of the circulating coins and it was the highly stylised work of Icelandic artist Throstur Magnusson that was chosen for the new obverses.

The reverses, with their representations of animals important to the economy and culture of Iceland in the form of dolphins, cod and shrimp, bear more than a passing resemblance to the Irish coinage of the 1920s.

It is a symbolically rich coinage, projecting the myths and legends of the country, and it remains one of the most abidingly beautiful of the modern age.