Coin of the day: Churchill Crown The Churchill crown is one of the most familiar of modern commemorative coins.

From when it went on sale in October 1965, through to the following summer, close to 20 million were issued, reflecting the respect and affection Churchill commanded amongst the British people. 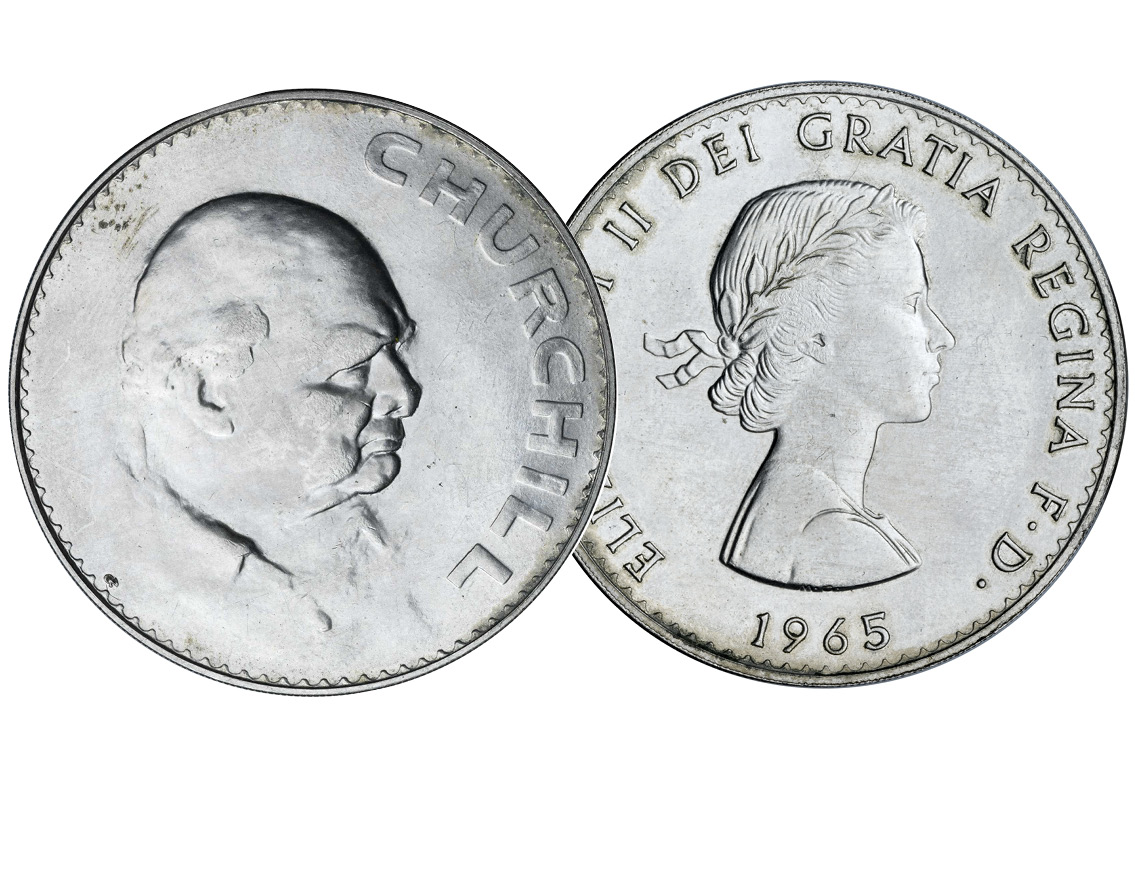 For the reverse a portrait of Churchill by the sculptor Oscar Nemon, derived from a profile bust that Nemon had completed in marble for Her Majesty the Queen, was selected as the winning design.

While the coin is widely known, the one illustrated here is slightly different from those commonly encountered because of the presence of the artist’s initials, in tiny letters, to the left of the portrait.

That a coin should carry the initials of the artist is an entirely acceptable feature, but in this instance a decision was taken to remove them on the approved coins possibly because they did not suit Nemon’s unconventional portrait.