Essentially, it’s the centennial of the transition between minting two of the most famous coins issued by the United States Mint. This year also marks the 50th anniversary of the silver coin that would follow: the Eisenhower Dollar.

These three coins, spanning 100 years—from the first Morgan Dollar in 1878 to the final Eisenhower Dollar in 1978—share a connection through history and legacy.

Silver Supply and the Morgan Dollar

Silver mining in the United States, mainly the Comstock Lode (1859), is the catalyst that gave silver dollar coinage its heyday. Before the nation could truly benefit from this discovery, previous legislation demonetizing silver first had to be overcome. The Bland-Allison Act re-authorized the standard silver dollar to the weight and fineness as stated in the Act of January 18, 1837 (26.73 grams; .900 silver, .100 copper).

This new coin would be commonly referred to as the Morgan Dollar, since it was designed by George T. Morgan (who, from 1917-1925, would serve as chief engraver). Adhering to the requirements written in the Coinage Act of April 2, 1792 (1 Stat. 246, 248), the obverse features a profile of Lady Liberty, and the reverse features a heraldic eagle. 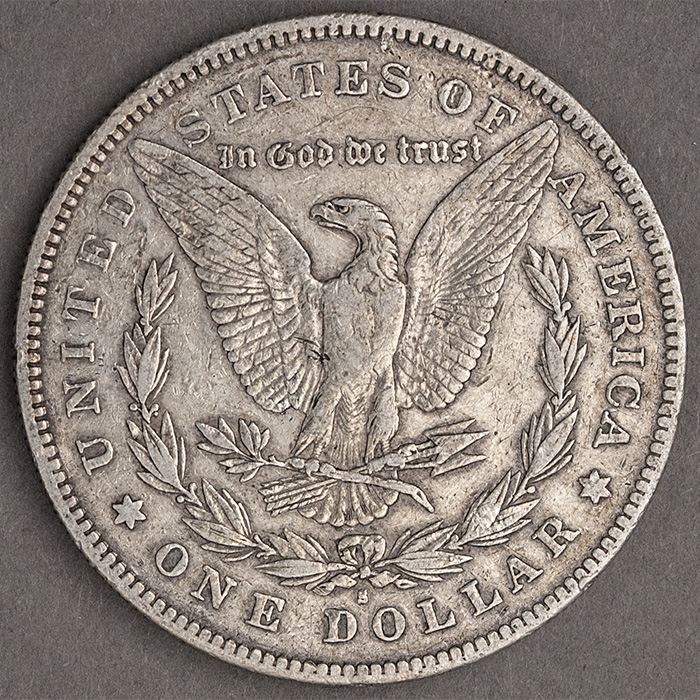 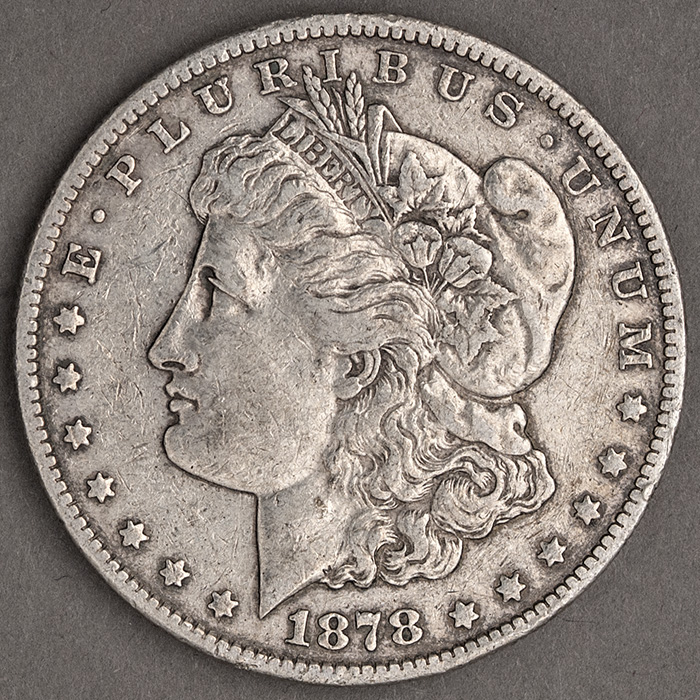 The first Morgan Dollar coins were struck in 1878 at the Philadelphia Mint. Following some design revisions, they were also struck at San Francisco and Carson City that same year, because of the facilities’ proximity to the silver mines in the western United States. The next year, New Orleans joined in, and, like San Francisco and Philadelphia, would manufacture Morgan Dollars through 1904.

Once again, legislation played a role in the silver supply chain because of the passage of the 1890 Sherman Silver Purchase Act. When demand and silver bullion supplies dropped as a result of this legislation, production of the Morgan Dollar was suspended in 1904 at all U.S. Mint facilities.

No silver dollar coins were minted in the U.S. from 1905-1920. Since the New Orleans Mint relied on silver coin production for business, this ultimately led to its shutdown as a Mint facility.

After World War I, the Pittman Act of 1918 authorized the melting of millions of previously minted silver dollars (primarily Morgan Dollars). However, the Act also required silver to be purchased in order to manufacture new silver coins to replace the melted ones.

In order to satisfy the Pittman Act, production of the Morgan Dollar resumed in 1921 at Philadelphia, San Francisco, and – for the first time – Denver. Later that year, the Philadelphia Mint switched production to the Peace Dollar. No special congressional authority was required for the modification in design, since the law permits changing the design of any U.S. coins after 25 years. 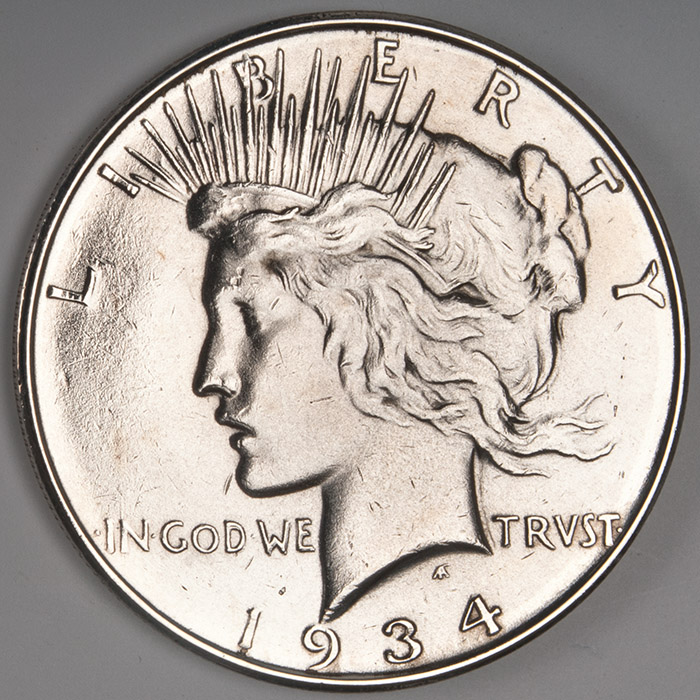 The design of the Peace Dollar was selected by the Commission of Fine Arts (CFA) from models submitted by a number of prominent sculptors. The CFA chose the work of notable Italian American artist Anthony de Francisci.

The Peace Dollar was struck from 1921-1928, at which point demand for the dollar was low, and the silver supply resulting from the Pittman Act ran out. It was minted one last time prior to World War II, with the passage of what was referred to as the Silver Purchase Act of 1934. The coinage was short-lived, lasting only through 1935. These last Peace Dollars were struck at the Philadelphia, Denver, and San Francisco Mints. 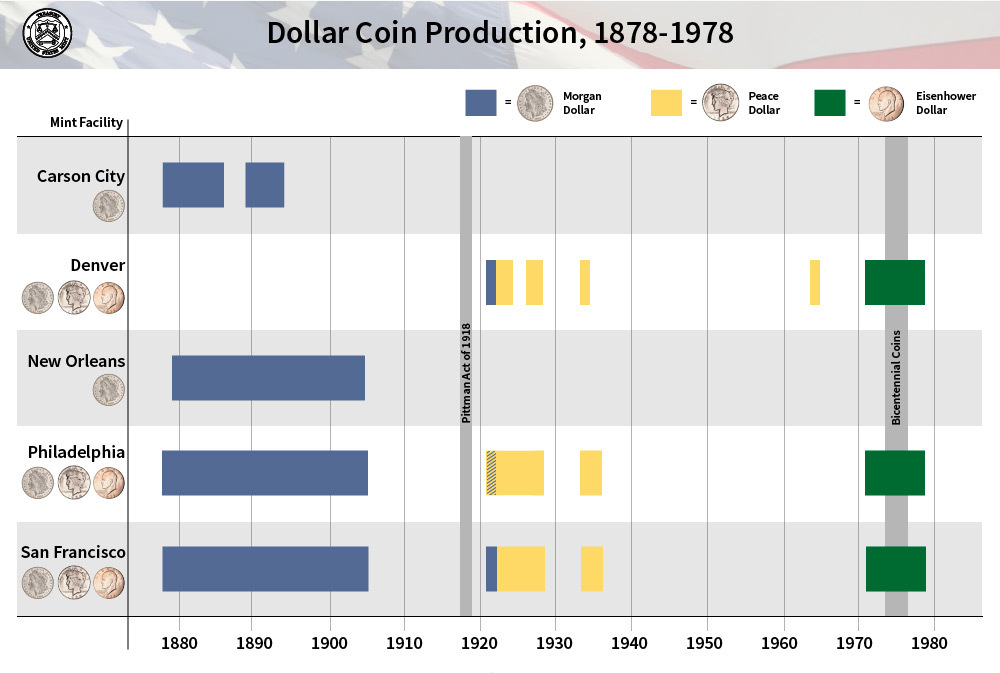 This graphic shows the years each Mint facility produced dollar coins in the period from 1878 to 1978. (Click to expand.)

No silver dollar coins were struck by the Mint and issued into circulation after 1935. The silver dollar drought almost ended in 1964, when new legislation allowed the Denver Mint to strike Peace Dollars. However, none were released to the public.

At the same time, legislation was also being worked to remove silver from coins because of the ongoing shortage. On July 23, 1965, President Johnson approved the Coinage Act of 1965, which removed silver from circulating coins and authorized that clad coins be used for the half dollar, quarter, and dime.

On December 31, 1970, President Richard M. Nixon signed into law the Bank Holding Company Act Amendments of 1970. Title Two of this Act and its various amendments authorized the Eisenhower Dollar Coin.

Ironically enough, the same act that gave birth to the nation’s newest dollar coin also authorized the sale of one of its predecessors—2.8 million Morgan Dollars (minted at the Carson City Mint) stored in U.S. Treasury Department vaults.

In 1971, the Mint produced Eisenhower copper-clad and silver-clad dollars. This coin marked the first time a portrait of a U.S. president was authorized to appear on a circulating dollar coin. It was also the first circulating silver dollar coin minted since 1935.

The coin was designed by U.S. Mint Chief Engraver Frank Gasparro. The obverse design depicts the likeness of President Dwight Eisenhower. Per an amendment to the legislation, the reverse design was to be symbolic of the Apollo 11 flight honoring the exploits of our country’s astronauts and the first landing on the moon. Gasparro’s rendition of the Apollo 11 insignia, featured on the reverse of the coin, shows the bald eagle landing on the crater-pocked surface of the moon, an olive branch clutched in both claws.

From 1971-1974, the new dollar was minted with two different compositions: one for collectors, “as an alloy of 800 parts of silver and 200 parts of copper,” at the San Francisco Mint; the other for circulation (75% copper and 25% nickel), at the Philadelphia, Denver, and San Francisco Mints.

Bicentennial Coinage and After

During the mid-1970s, the quarter, half dollar, and dollar coins underwent a design transformation for the nation’s upcoming bicentennial celebration. This marked the first time in our nation’s history that designs on circulating coins would honor an anniversary of America’s independence.

Minted in 1975 and 1976, the Bicentennial Dollar’s obverse was akin to the Eisenhower Dollar, with the exception of the dual-date addition of 1776-1976. However, the coin’s reverse underwent a more extensive change. It was designed by Dennis R. Williams (a student at Columbus College of Art and Design) and featured a Liberty Bell and moon combination. Like its predecessor, the Bicentennial Dollar was minted with two different compositions and was struck at the Philadelphia, Denver, and San Francisco Mints.

Following the celebration, the original design of the Eisenhower Dollar (single date and eagle reverse design) returned to circulation. It was struck again in 1977 and1978, but this time only with the copper-nickel clad version.

Subsequent designs of the dollar coin continued to be issued into circulation from 1979-2011. Since 2012, dollar coins have only been minted and issued as numismatic items. None have ever been as popular as the iconic Morgan or Peace Dollars.

This year, the Mint brings those two famous designs back to collectors as a result of the 1921 Silver Dollar Coin Anniversary Act (Public Law 116-286). It requires the Secretary of the Treasury to mint and issue $1 silver coins in recognition of the 100th anniversary of completion of coinage of the Morgan Dollar and the 100th anniversary of commencement of coinage of the Peace Dollar. More information about these products will be available in the upcoming weeks on our website and social media channels.

A special thank you to the U.S. Mint Historians Office and the U.S. Mint Curator for assisting with this article. With thanks to John Chu, US Mint. 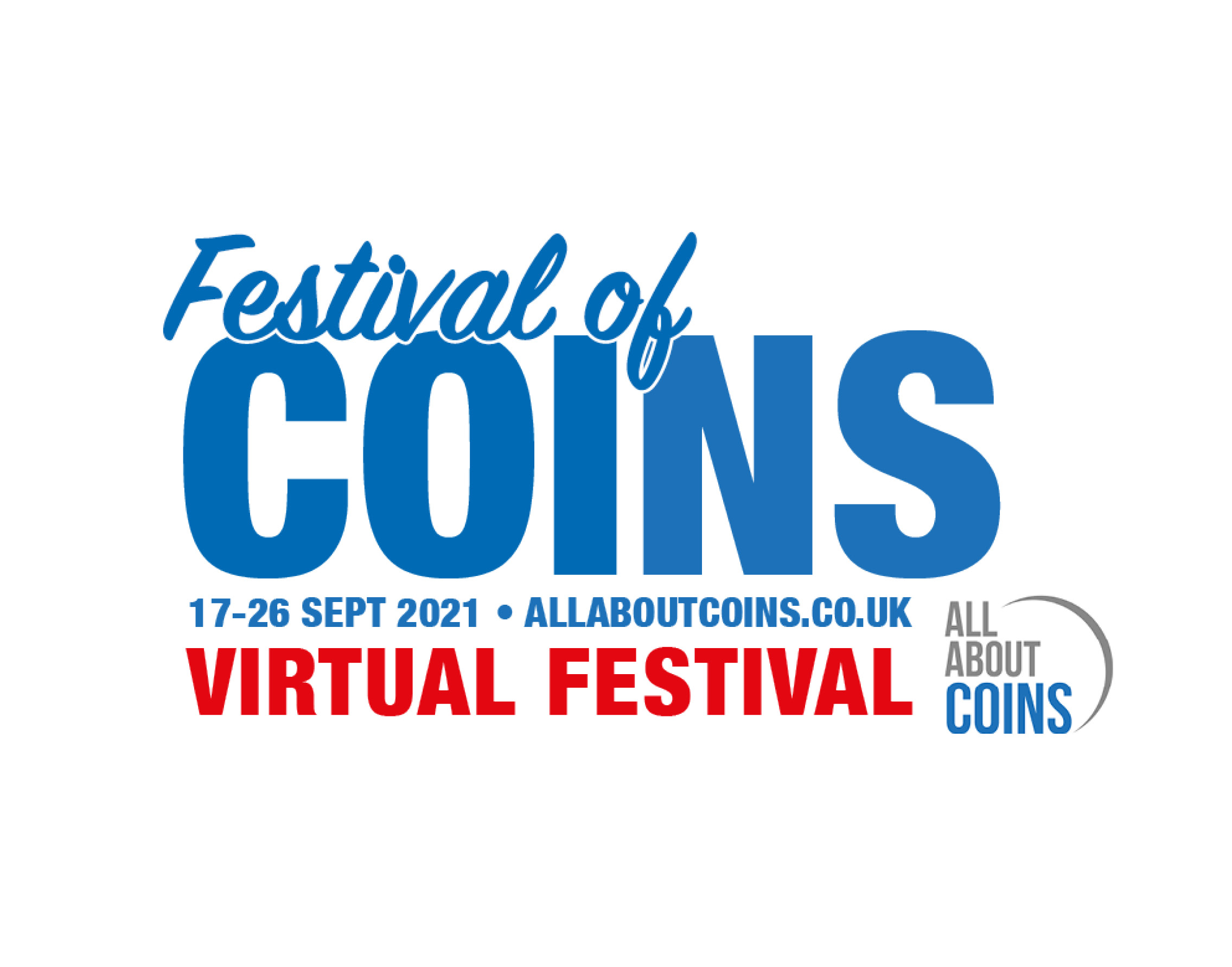