Your guide to rare 20p coins 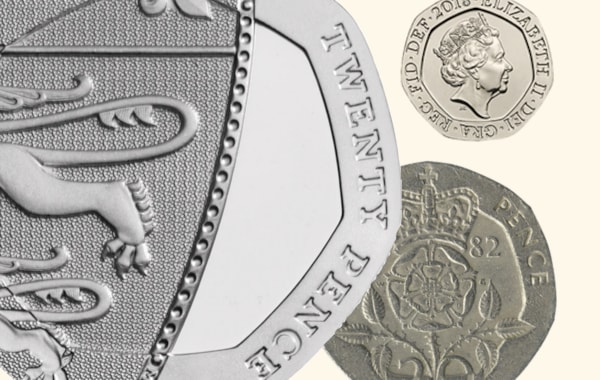 Introduced in 1982, the 20p coin has been one of the most consistent of Britain's coins, but there are rare varieties for collectors to watch out for, as our guide to rare 20p coins reveals.

The 20p piece was introduced into general circulation in 1982. Unlike the more recent £2, 50p and 10p coins, the 20p has not featured any commemorative designs. In fact, there have been just a few changes to the 20p design over the years, as follows:

These changes to the design have led to a few varieties, some of which are rare.

The slight increase in the size of the Queen's portrait, in 1992, meant that both the small and large varieties were issued that year.

It is thought that the larger head variety is now the more scarce version despite more copies originally being issued, this is because the coins have been in circulation for almost three decades and so examples in good condition are difficult to find. Copies of the smaller head coin were included in year sets, and so nicer copies are slightly more common.

Look closely and you'll be able to tell the difference between the two portraits. Another tell-tale sign is that the larger portrait has a slightly sharper point where the Queen's neck ends.

The large head 20p coins are worth between £2 and £10 depending on condition. 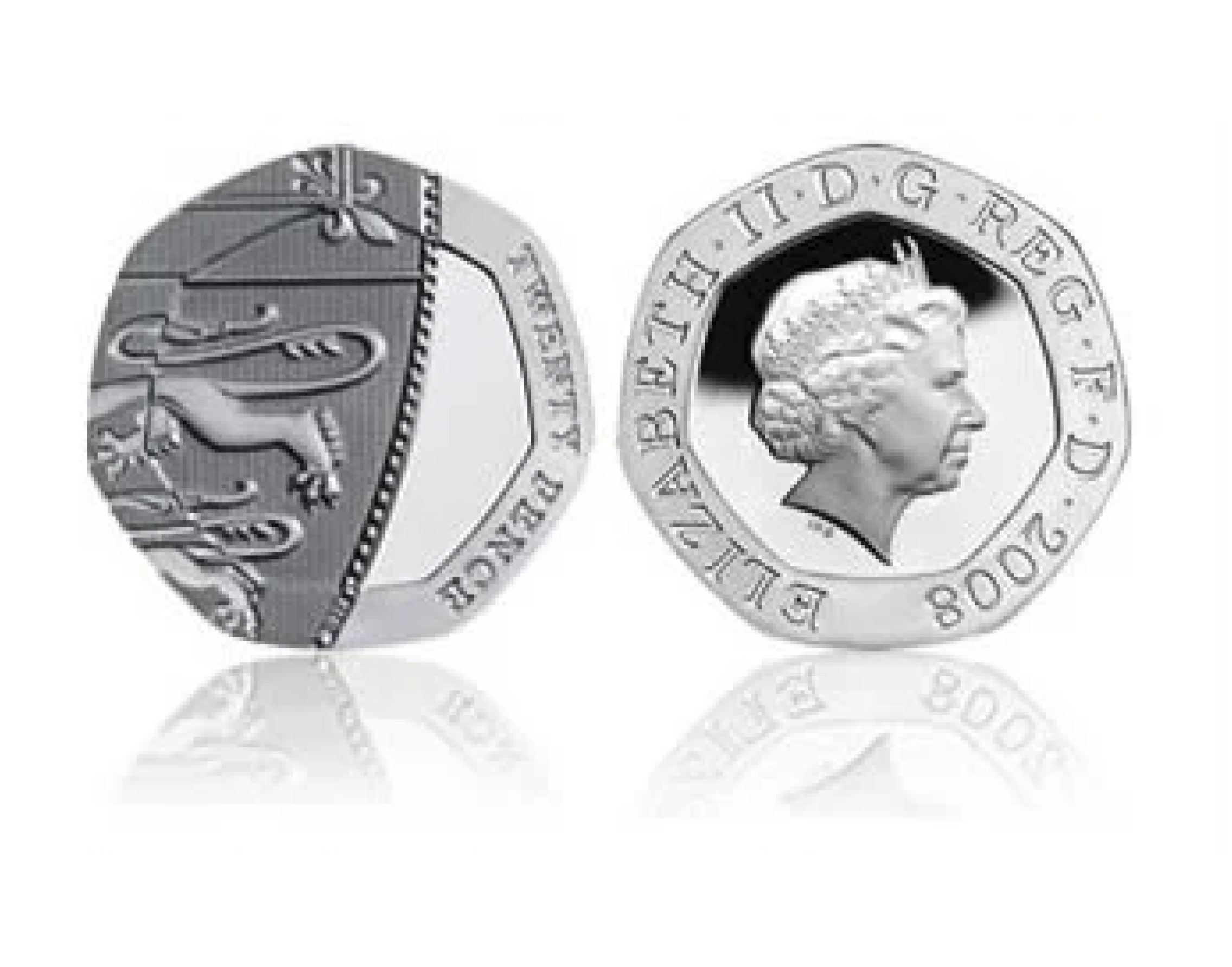 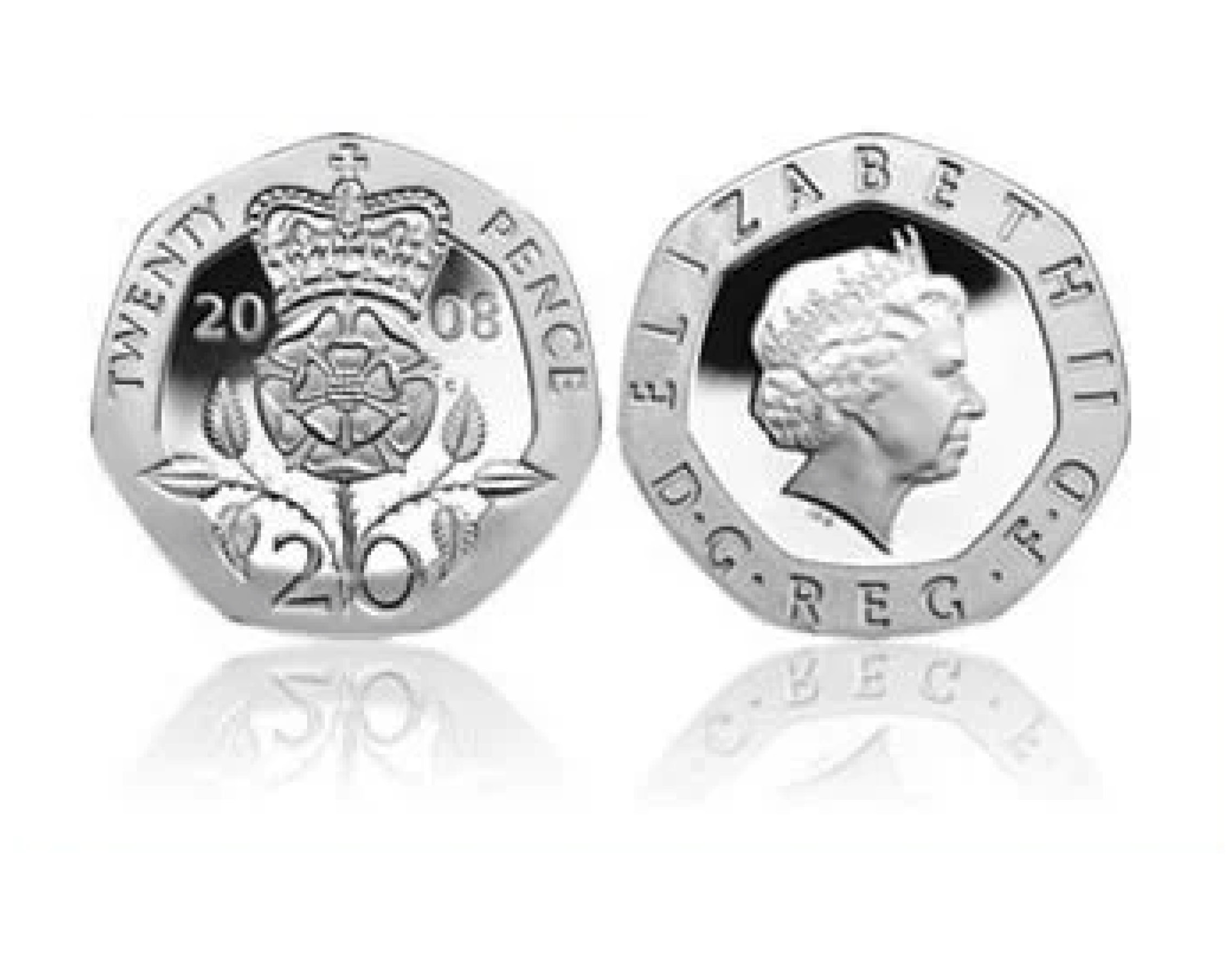 This means the 2008 'Tudor Rose' variety is much more rare, as the mintage figures below show. However, there were still 11 million copies put into circulation, so it's not worth hundreds, more like £2-£3.

The design change in 2008 also led to the most well known 20p rarity.

In June 2009 a 20p coin was discovered with no date on either side. This was a production error meaning that the wrong combination of obverse and reverse designs had been used. This type of coin error is know as a 'Mule'.

The problem occurred thanks to the redesign of UK coins in 2008. Matthew Dent's design shows a Royal Coat of Arms across the 1p, 2p, 5p, 10p, 20p and 50p coins, almost like a jigsaw puzzle (have a look at your coins and put the shield together!) To accommodate the new design, the date was moved to the obverse.

Somewhere in the production process a batch of the coins were produced using the old obverse design and the new reverse design… the result? The dateless 20p! 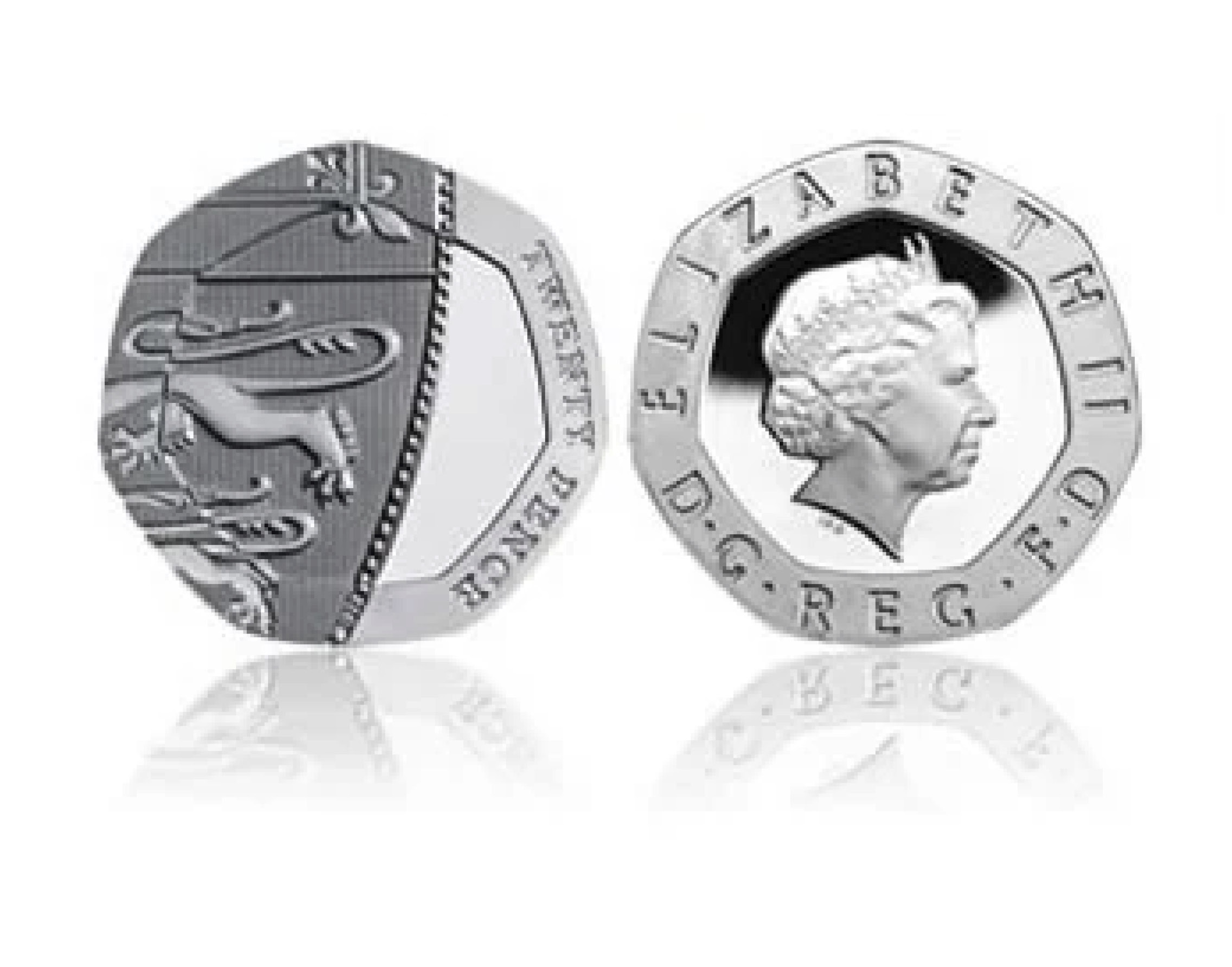 A reported 50,000 to 200,000 examples of the rare dateless 20p entered circulation before the error was noticed, and The Royal Mint confirmed that the coins could still be used as legal tender, but anyone in the know will have kept the coins for themselves rather than spending it.

Examples of the dateless 20p initially fetched thousands of pounds on sites such as eBay as the national press got hold of the story, with one example selling for a reported (and unconfirmed) £7,100.

Some unscrupulous individuals tried to sell normal versions of the 20p, by taking photos of both old and new coins, whilst others even attempted to file the date off. Thankfully the hype has subsided, though there are said to be forgeries out there too, so buyer beware!

Mintage figures for the 20p