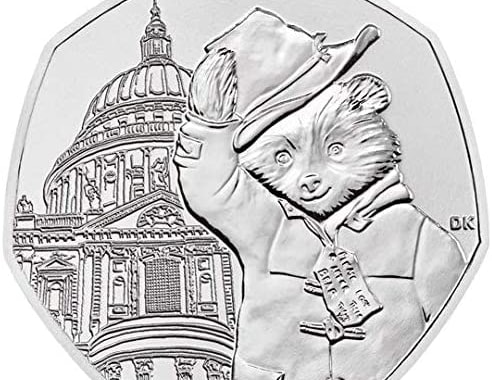 Paddington Bear was created by British author Michael Bond with the first book published in 1958. Fifty years later, in 2018, The Royal Mint celebrated the first six decades of the loveable character with two 50p coins, and more have followed:

It's difficult to say how much the 2019 coins in circulation are worth because The Royal Mint have yet to reveal the mintage figures for the year. Therefore, if you find a 2019 example, it might be a good idea to put it aside; once the mintage figures are revealed you'll know whether it's worth anything over the face value.