South Africa's new R5 coin, set to be entered into circulation on 1 January 2021 to celebrate the centenary of the South African Reserve Bank, features a design showing some of the country's classic coins.

The new coin is being issued to celebrate the centenary of the South African Reserve Bank (SARB), which was founded in 1921 to take over the creation of banknotes from private companies.

The new coin features a similar design to a R5 coin issued in 2011 to mark the bank's 90th anniversary, which also showcased older South African coins. The reverse design of the new bi-metal coin, which has a diamater of 26mm and weighs 9.5g, includes:

A collectors' sterling silver gold-plated coin will also be released with a diameter of 38.725 mm and a weight of 33g. 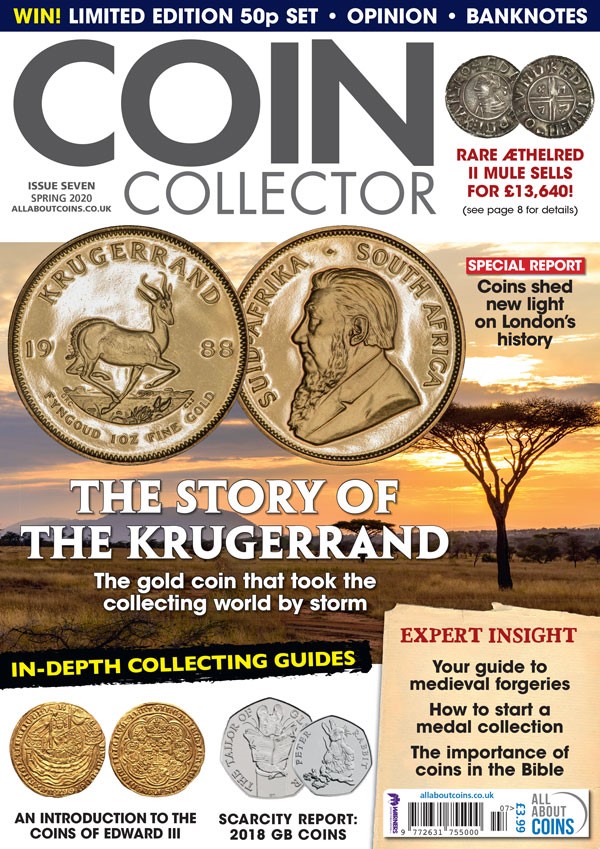 Read our all-you-need-to-know guide to the South African Krugerrand, one of the world's most famous gold coins, in issue 7 of Coin Collector magazine, available to download as a digital edition right now.