Your guide to dinosaur 50p coins 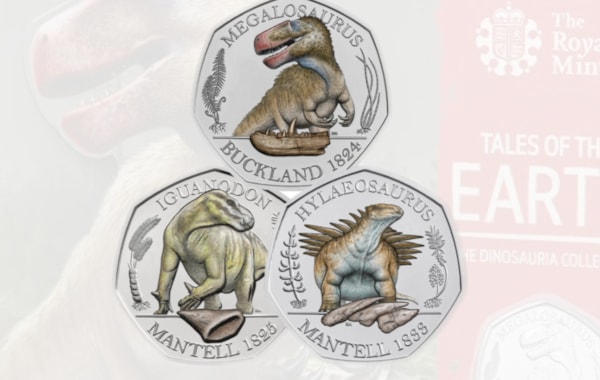 The Royal Mint’s ‘Dinosauria Collection’ began in 2020 with a set of three 50p coins celebrating the discovery of dinosaurs, and featuring dramatic images of the Megalosaurus, Iguanodon and Hylaeosaurus, respectively.

The 2020 coins marked the first time a dinosaur has featured on a British coin and the coins proved to be very popular, prompting a further set of three in 2021.

The Silver and Gold Proof versions of the 2020 coins have sold out on The Royal Mint shop, whilst the Brilliant Uncirculated versions are available as a set of three for £30.

The coins in the 2020 series are as follows:

The designs are by palaeo-artist Robert Nicholls, and the coins highlight the first three dinosaurs to have ever been discovered. 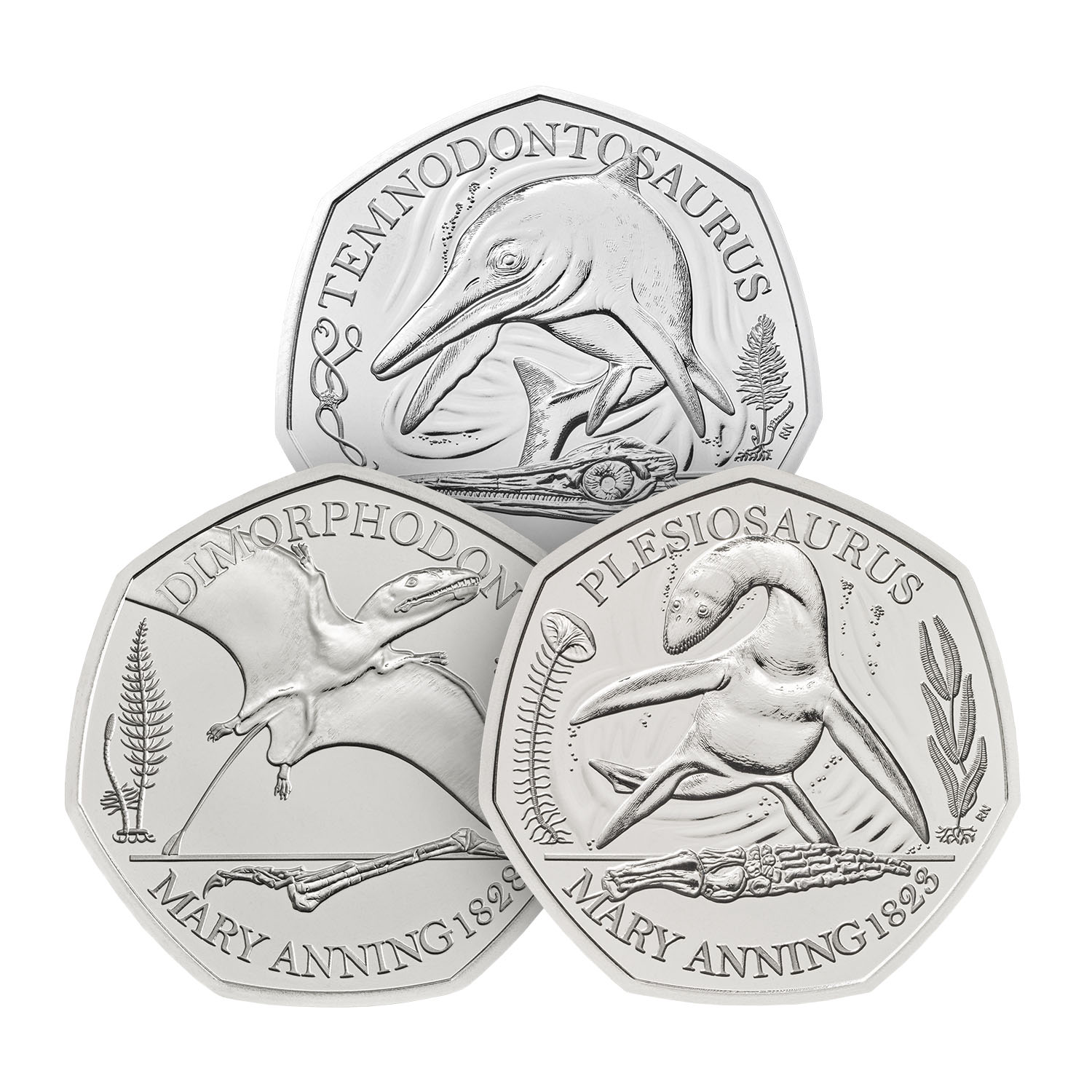 The coins in the 2021 series, which is entitled 'The Mary Anning Collection', are as follows:

The second set of coins highlighted one of Britain’s greatest fossil hunters, Mary Anning, and each coin depicts one of her discoveries. Once again the coins were designed by Robert Nicholls.

What formats are the dinosaur 50p coins available in?

Developed in conjunction with the Natural History Museum, the coins available in Brilliant Uncirculated, Silver Proof and Gold Proof versions.

The coins were not entered into general circulation, so you are very unlikely to find a dinosaur 50p in your change.

Are the dinosaur 50p coins rare?

Since the coins were not entered into circulation there's no chance of finding one in your change and cashing in as you might with the Kew Gardens 50p, for example, and so the rarities are only those limited edition versions that The Royal Mint decided to sell. 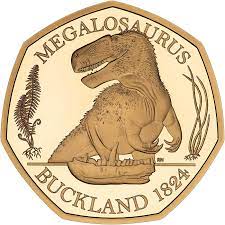 That means the 2020 Silver and Gold Proof coins are rare and have sold out but are available from other coin dealers. The Gold Proof 'Megalosaurus' coin, for example, was originally sold for £1,005 by The Royal Mint and was recently available on the Chard's website for £995. Only 350 coins of the gold coins were produced, so it may go up in value in the future.

The Brilliant Uncirculated versions of the coins are available for £10 each, but it's not likely these will go up in value any time soon, as they are still widely available for this price. Indeed, some examples are being offered for less than £10, so if you intend to buy the Dinosaur 50p coins as an investment it's probably not worth it.