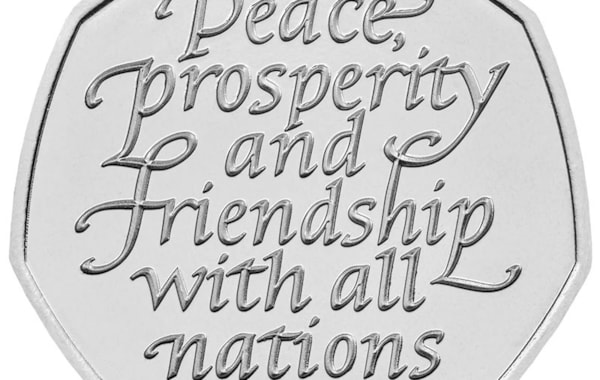 In January 2020, The Royal Mint issued a special 50p coin bearing the inscription ‘Peace, prosperity and friendship with all nations’. Find out more about the background and value of the coin, widely known as the 'Brexit 50p', in our special guide.

Discover more about the Brexit 50p

The arrival of the Brexit 50p, officially known as the 'Withdrawal from the European Union 2020' 50p coin, didn't go smoothly – just like the political maze of the Brexit process itself.

Millions of coins melted down

So how rare are the Brexit 50p coins?

With a reported 10 million in circulation and The Royal Mint's official mintage being 'unlimited', the coin is hardly rare. So you may wonder why you don't see many of the coins in your loose change.

According to reports, the coins are being taken out of circulation by collectors and by those who do not approve of the coin, although The Royal Mint confirmed it is normal for people to keep unusual coins when they are initially issued.

Examples of the Brexit 50p have been sold on auction sites such as ebay for around £2 - £3, but we recommend you keep an eye on your change to find an example for face value.

Whilst some newspapers reported that versions of the coin with the incorrect date may surface, no find have been reported.

The design and details of the Brexit 50p

The commemorative coins are engraved with the words “Peace, prosperity and friendship with all nations” along with the 31 January 2020 date. The versions of the coin released were as follows: