'Una and the Lion' one of many English rarities at Sincona The recent SINCONA sale featured a wide range of English coins, including an 1839 proof set featuring the famous 'Una and the Lion' 5 sovereign.

With an 'Una and the Lion' leading the way, a stunning collection of hundreds of rare English coins certified by Numismatic Guaranty Company™ (NGC®) realised CHF 8.3 million (£6.6 million / $8.9 million) in a sale by Swiss auction house SINCONA.

Widely regarded as the most beautiful British coin, the Una and the Lion was issued to celebrate the young Queen Victoria. It gets its name from its reverse, which shows her as the character of Lady Una guiding a lion in a scene inspired by Edmund Spenser's epic poem 'The Faerie Queene'. 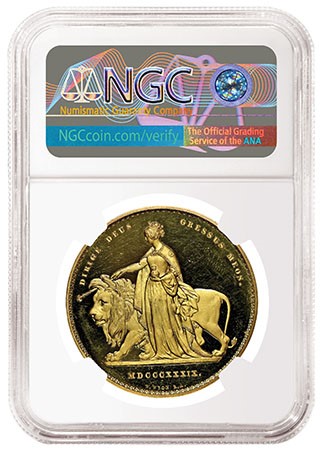 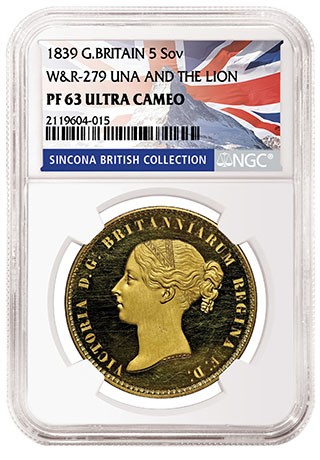 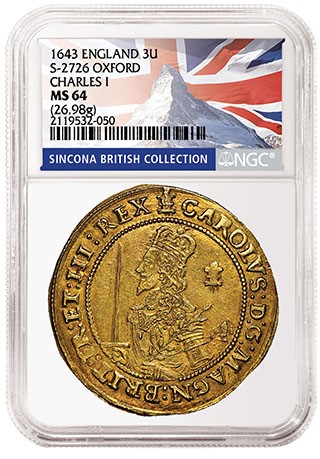 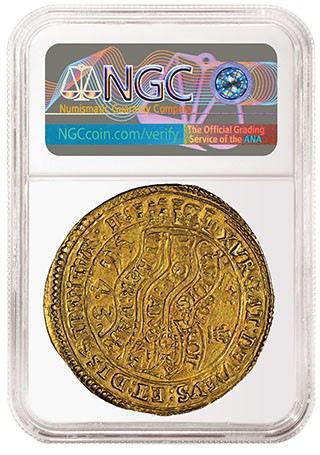 Triple Unites are great rarities in English numismatics, as they were struck only for three years during the English Civil War. The obverse shows King Charles I with a sword in one hand and an olive branch in the other, while the reverse shows the hope to unite England under the Protestant faith, English law and a Parliament with liberty. Charles was eventually captured, tried and executed. 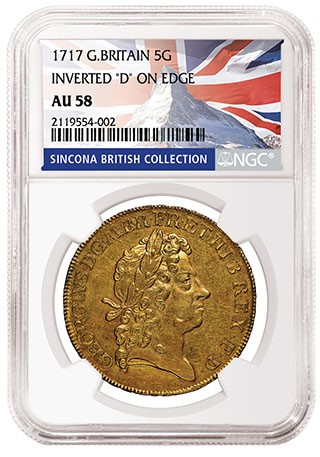 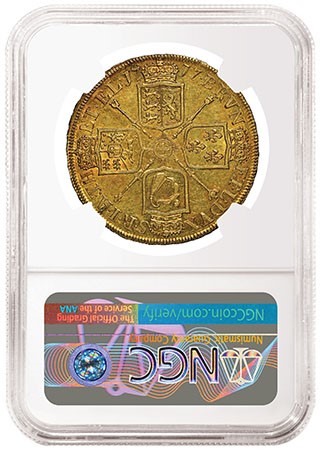 "It was exciting to see the NGC-certified SINCONA British Collection realized nearly $9 million in this auction. This ambitious group of coins is an epic tribute to the impressive and incredibly detailed history of English numismatics."