The recent World and Ancient Coins online sale at Heritage Auctions featured a large range of pieces from Greece, Sicily and Macedonia

The recent online sale of World and Ancient coins included a Sicilian Syracuse, second democracy tetradrachm from c.450-440 BC. 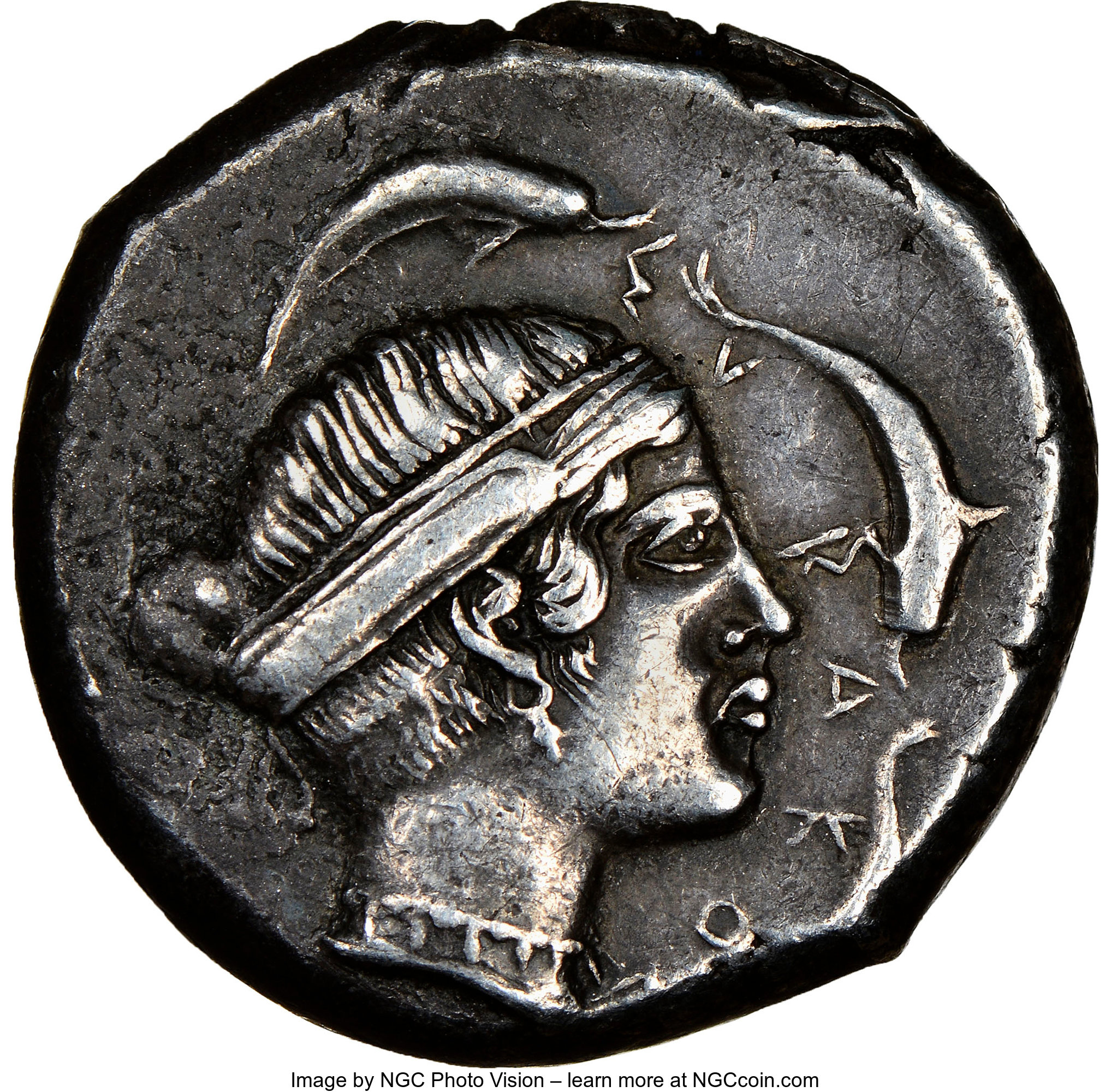 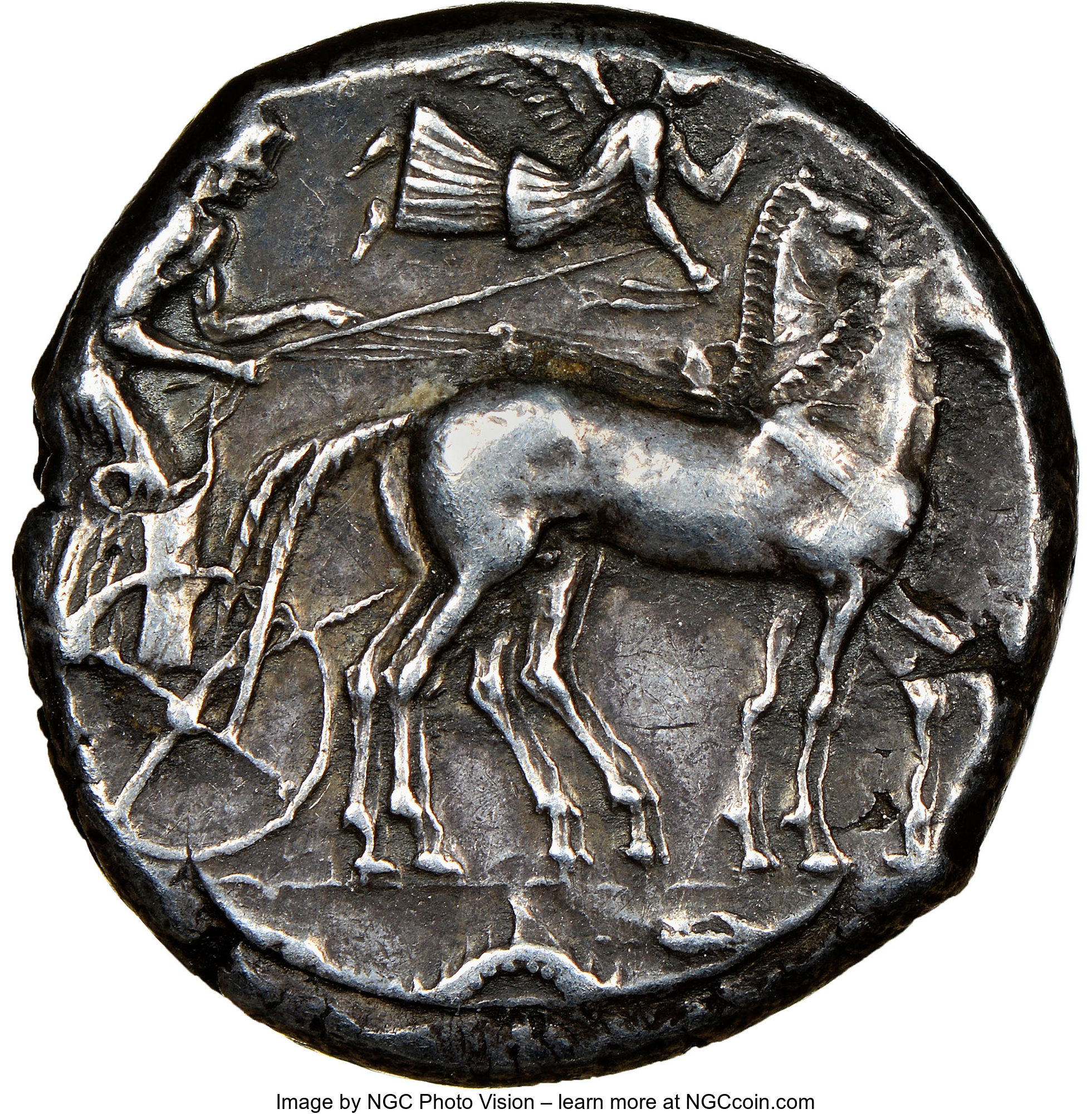 A coin from the Macedonian Kingdom issued during the rule of Philip III Arrhidaeus (323-317 BC) was also featured.
The tetradrachm (26mm, 4h) featured the Head of Heracles, facing right, wearing lion skin headdress, paws tied before neck and on the reverse Zeus enthroned left, right leg drawn back, feet on stool, eagle in right hand, scepter in left. 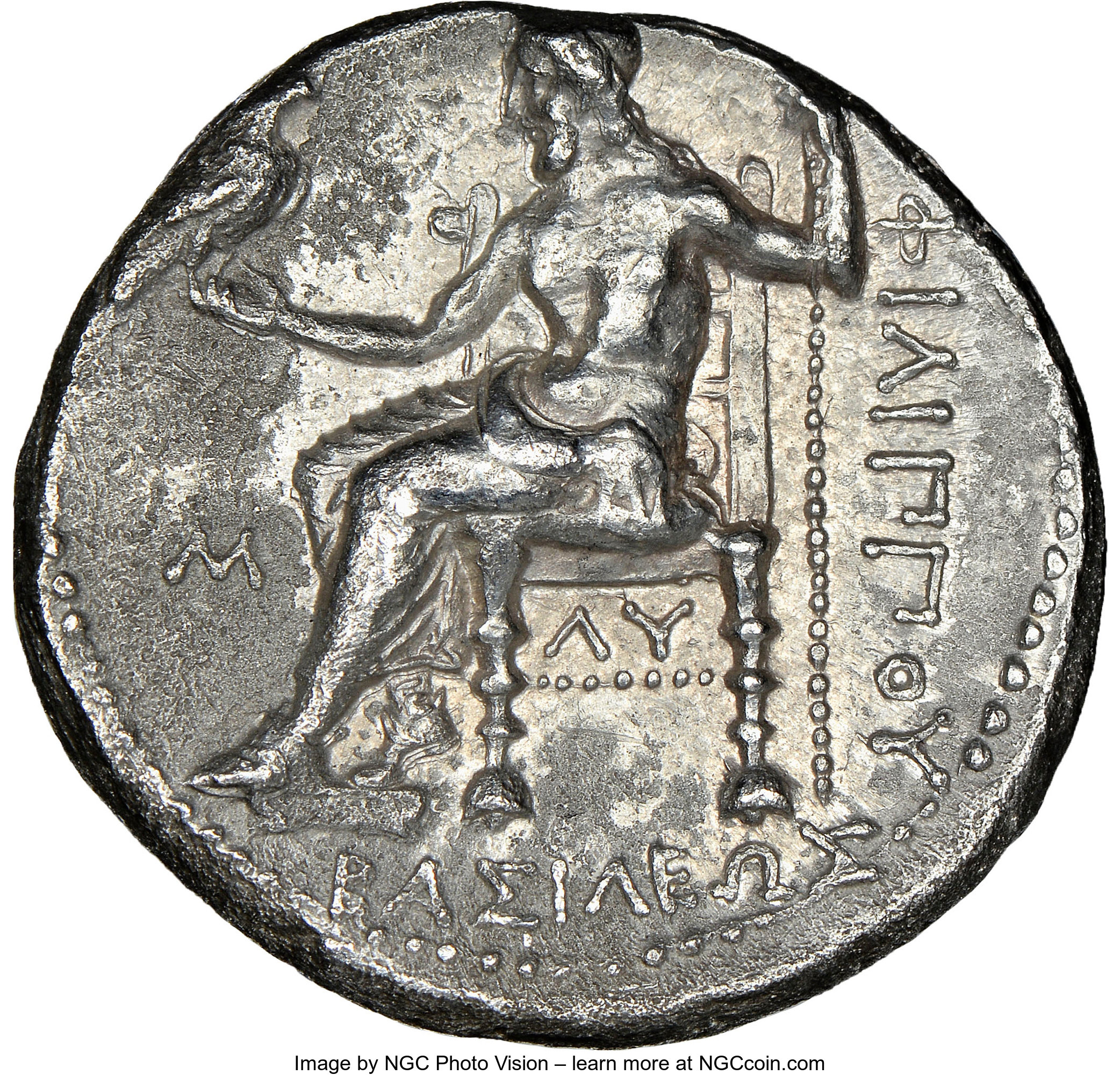 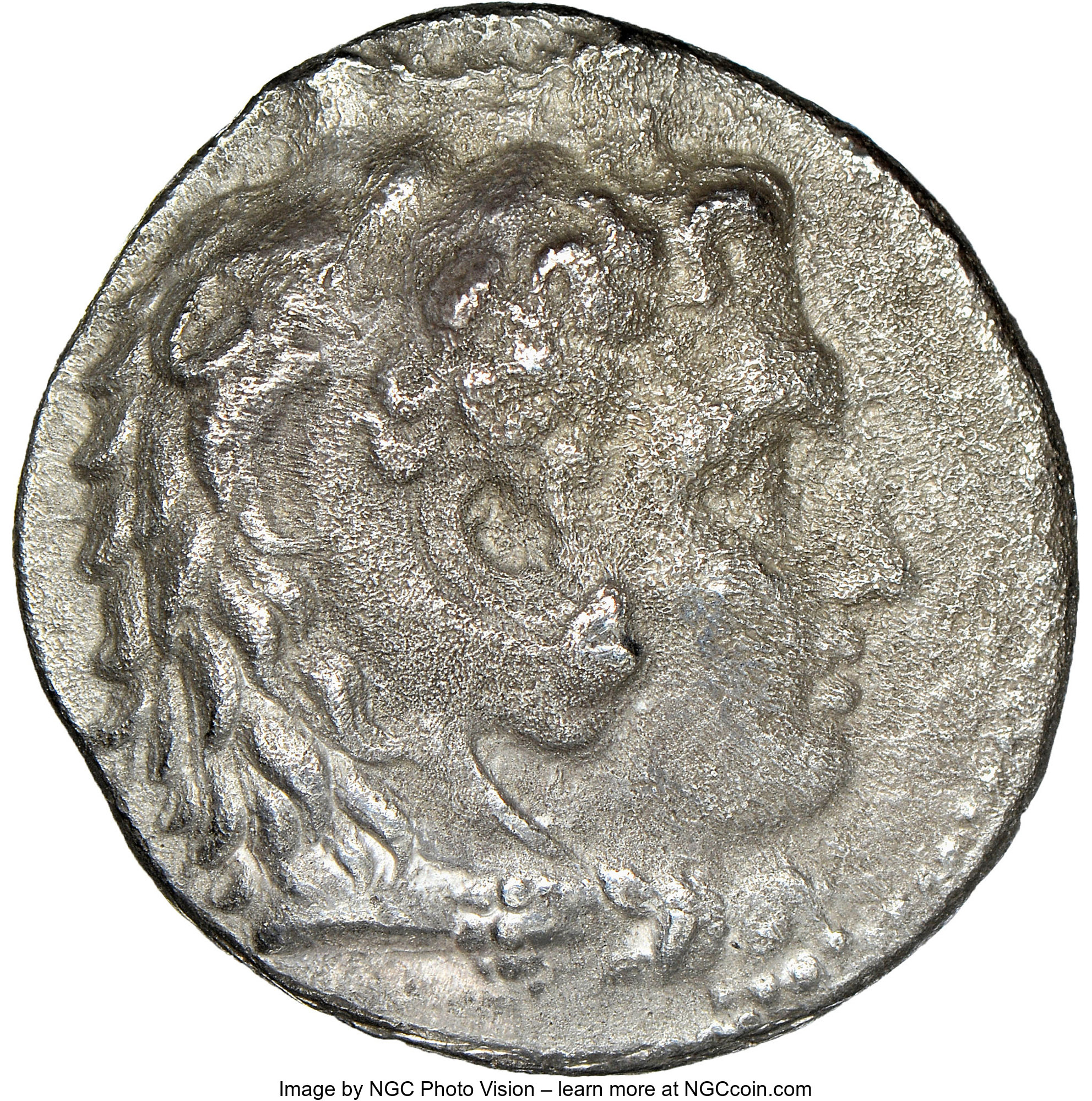 A stater from the ancient Greek town of Anactorium, in Arcania, from c.350-300 BC featured a pegasus flying right, AN monogram below and on the reverse the Head of of Athena, facing right, wearing Corinthian helmet pushed back on head, tripod in wreath and AN monogram behind. 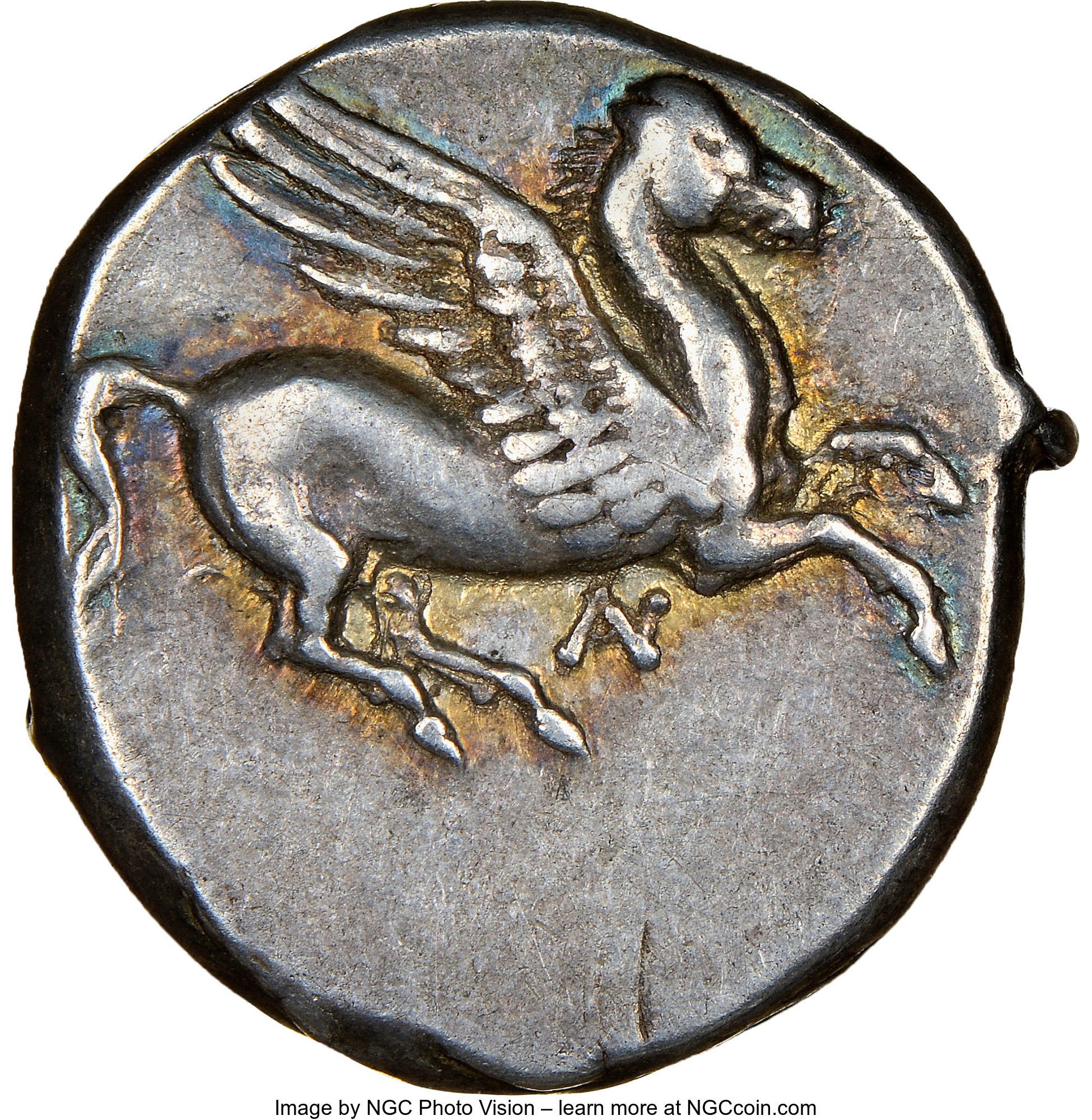 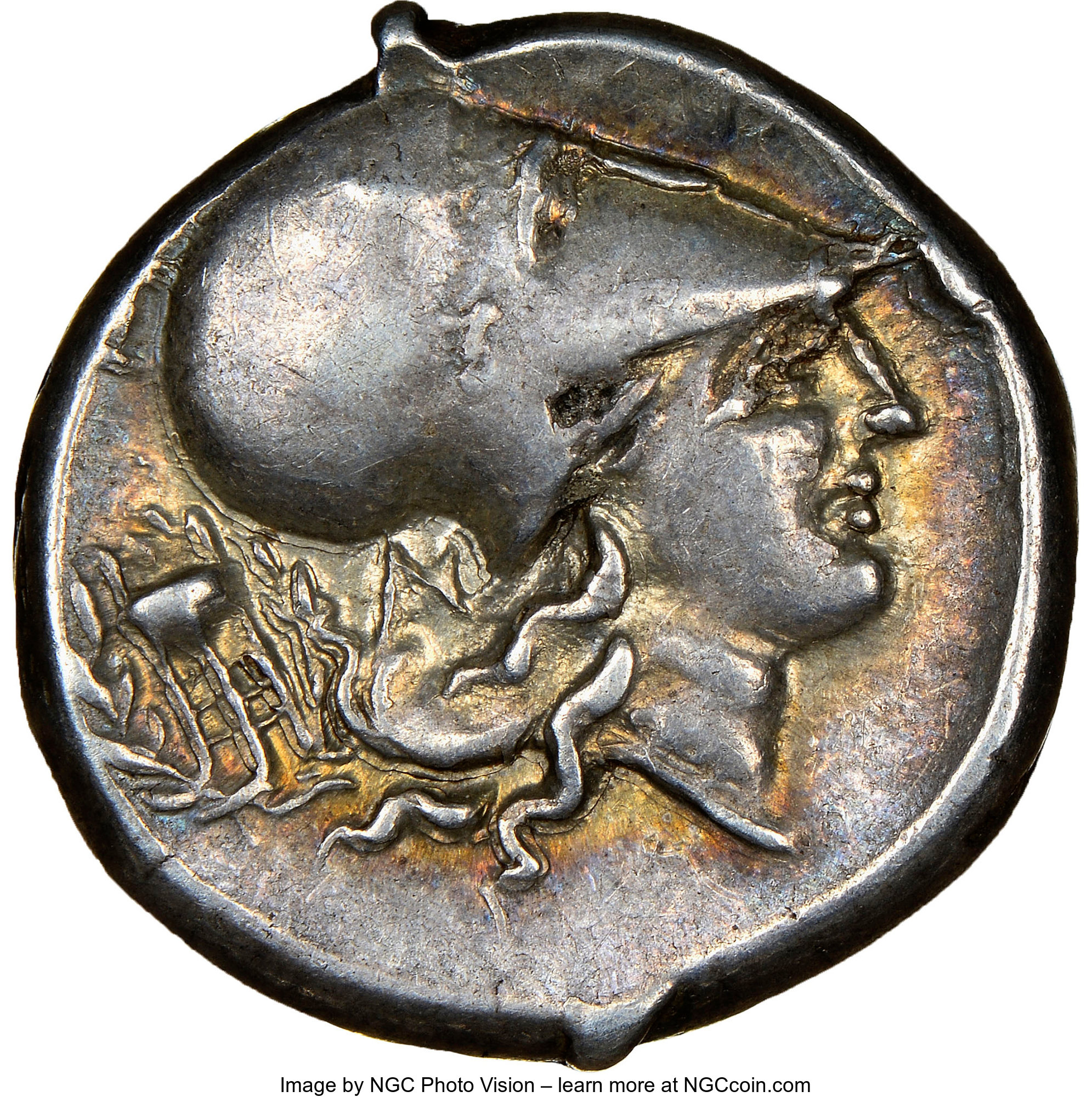 An Athens tetradrachm from c.440-404 BC was sold for $750.
The famous Greek coin design features the head of Athena facing right and wearing a crested Attic helmet ornamented with three laurel leaves and vine scroll; an don the reverse AΘE and an owl (the owl of Athena) standing right, head facing with olive sprig and crescent moon behind, all within incuse square. 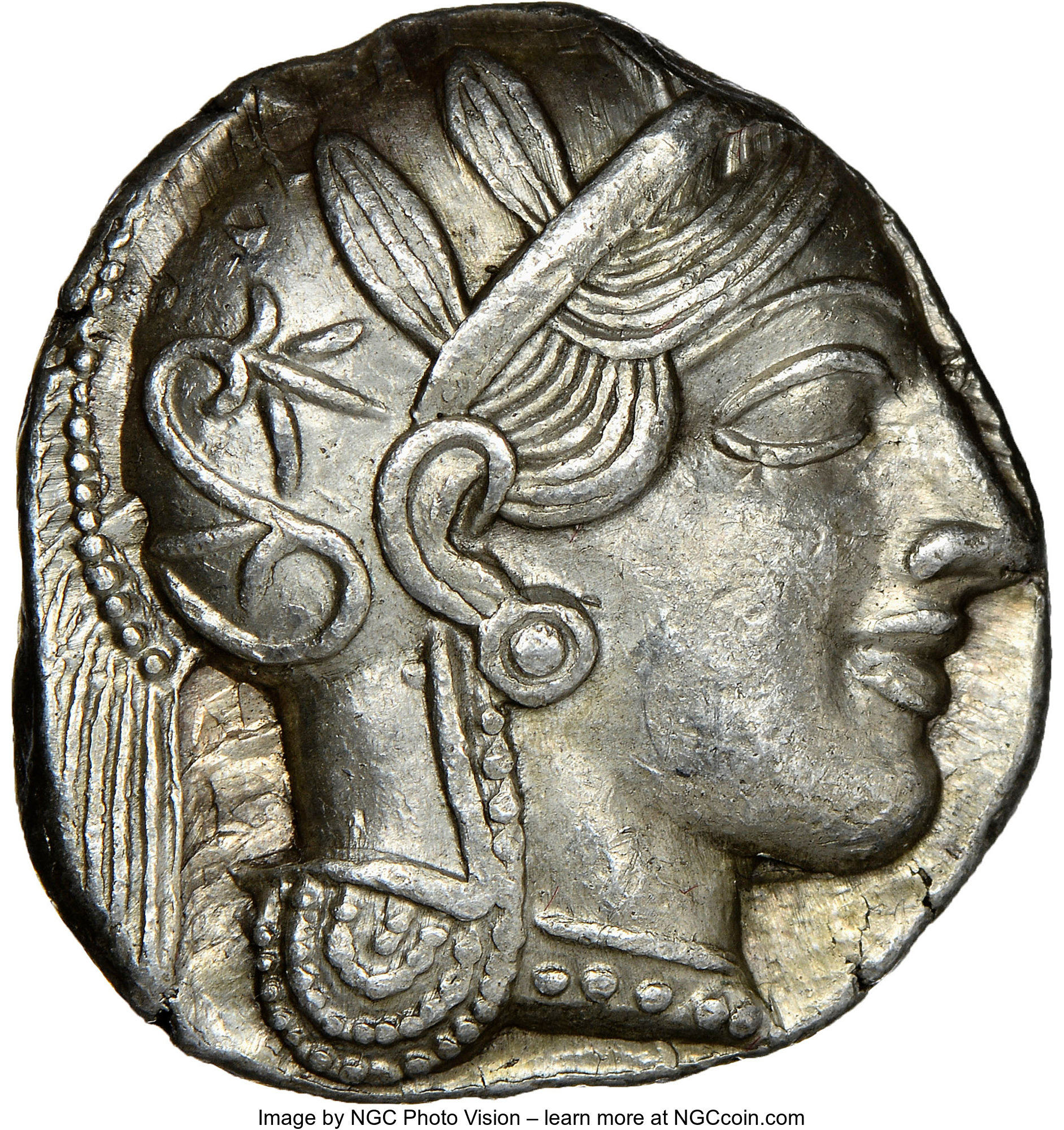 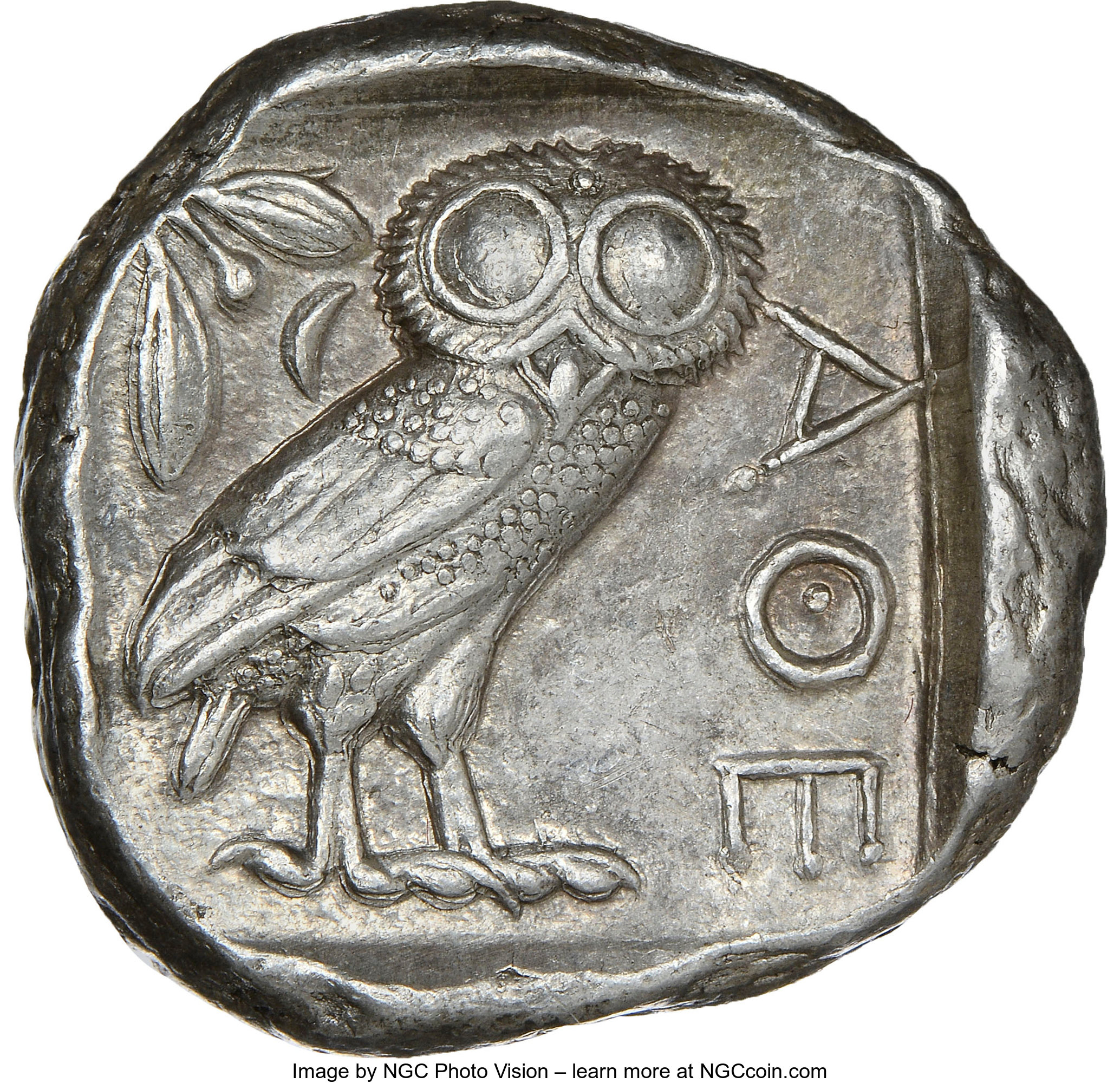 Another coin featuring the owl of Athena was an Athens tetradrachm form the 2nd to 1st centuries BC. The 28mm, 16.79 gm coin features the head of Athena facing right, wearing triple-crested Attic helmet decorated with a vine scroll, Pegasus above upturned cheek flap, protomes of four horses above visor; and on the reverse the owl, standing facing on overturned amphora inscribed with Δ (month); Triptolemos driving biga of serpents left on right, ΣΦ (engraver's initials) below, all within an olive wreath. 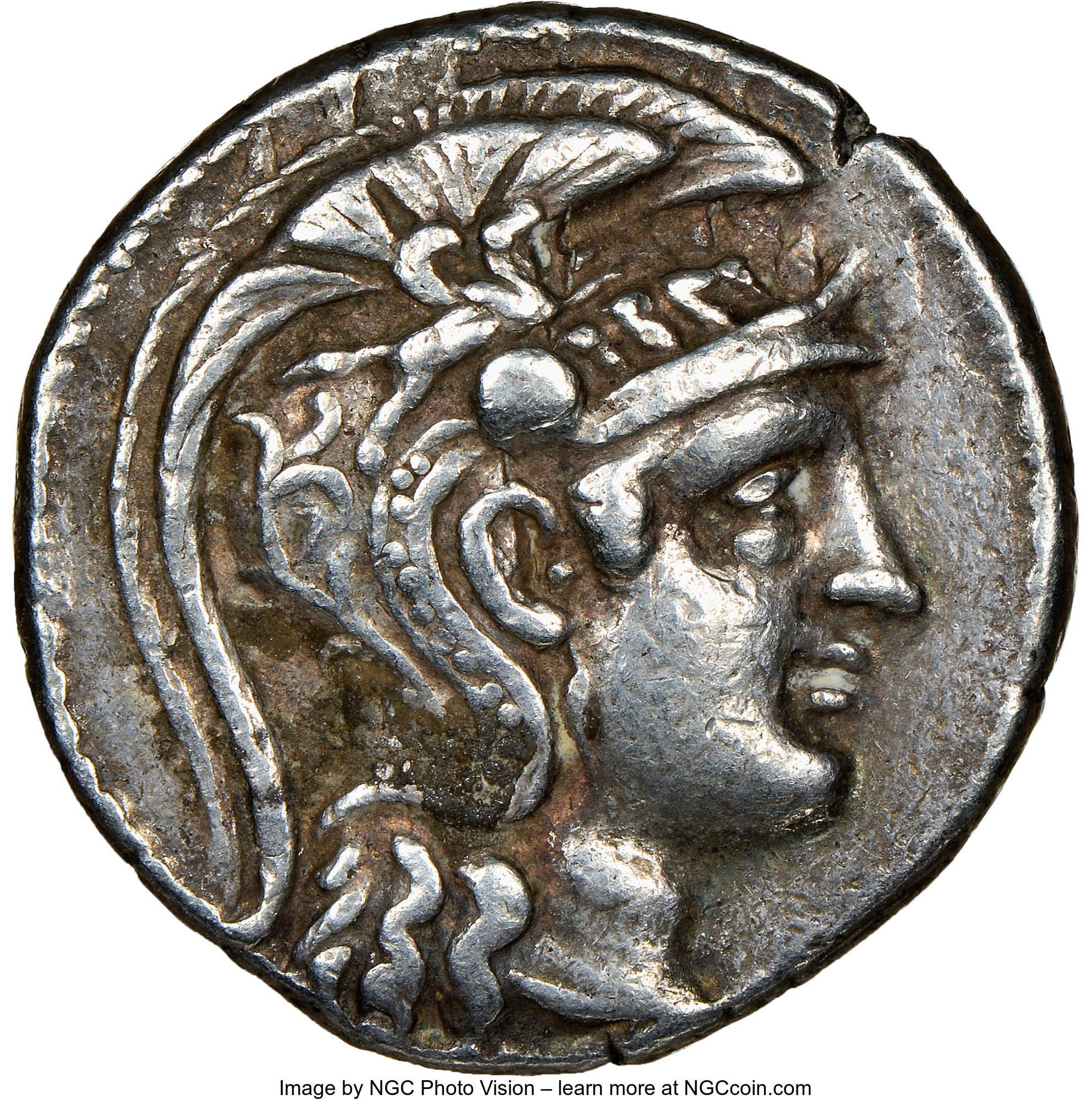 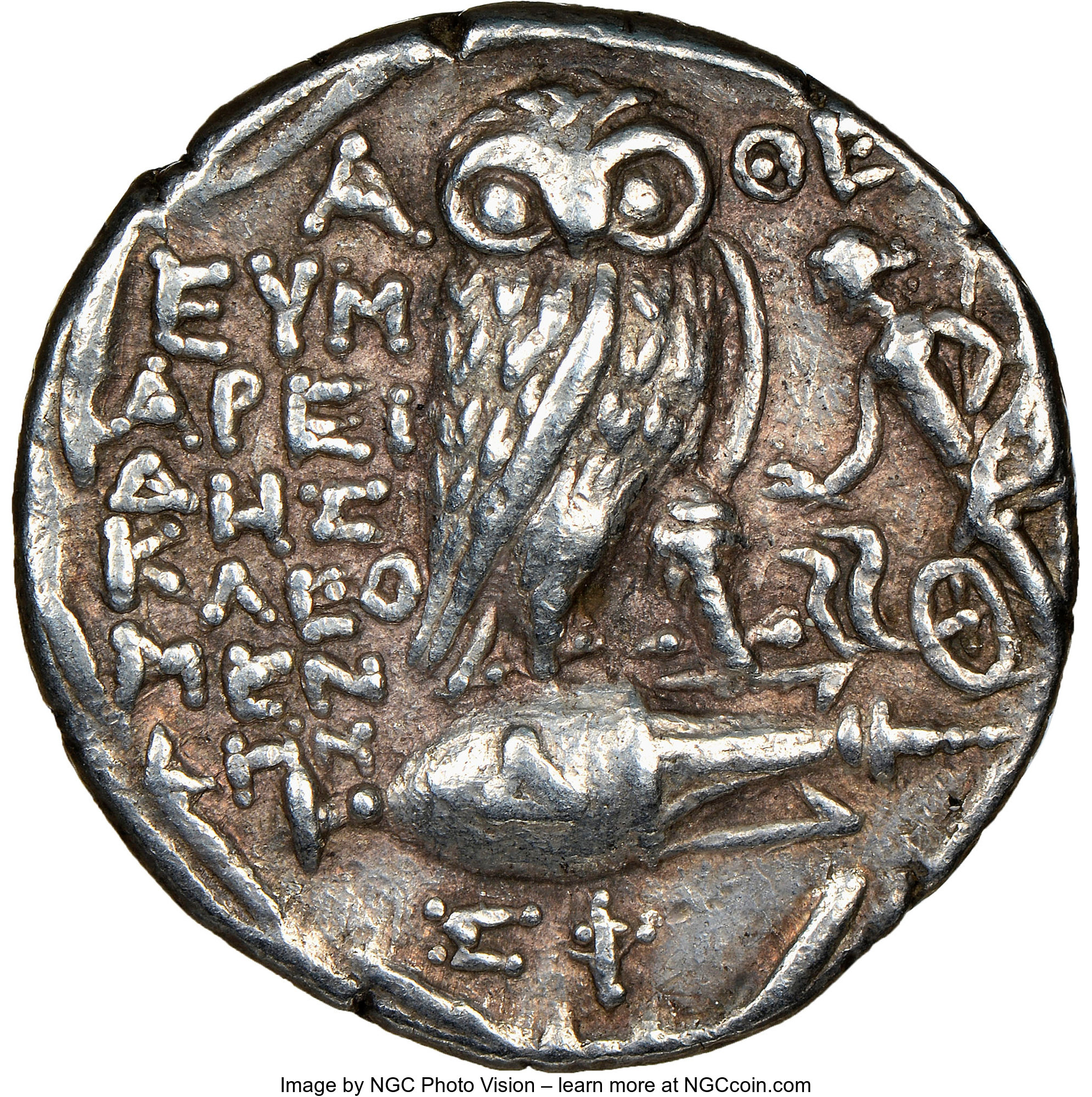