The sale of the A.J. Simms Collection of Bank of England Issues at Spink included a variety of rare banknotes, including

A blue and pale yellow Royal Bank of Scotland £100 banknote (pictured above), dated 1 October 1960 with serial number F2 /317 sold for £1,800. The note also featured a red-brown central panel and a beautifully designed coat of arms top in the centre flanked by a lion and a unicorn, along with two printed signatures of Ballantyne and Campbell on the lower right. The note was described as ‘scarce in this grade’. 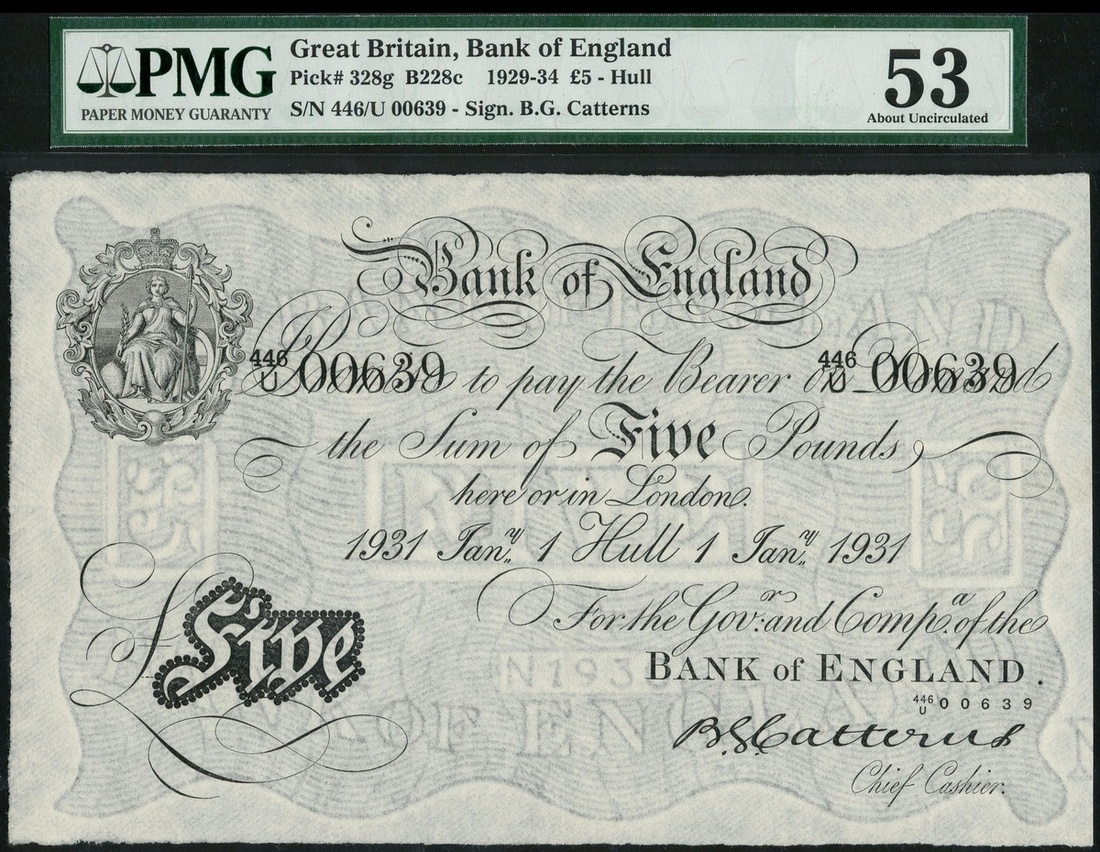 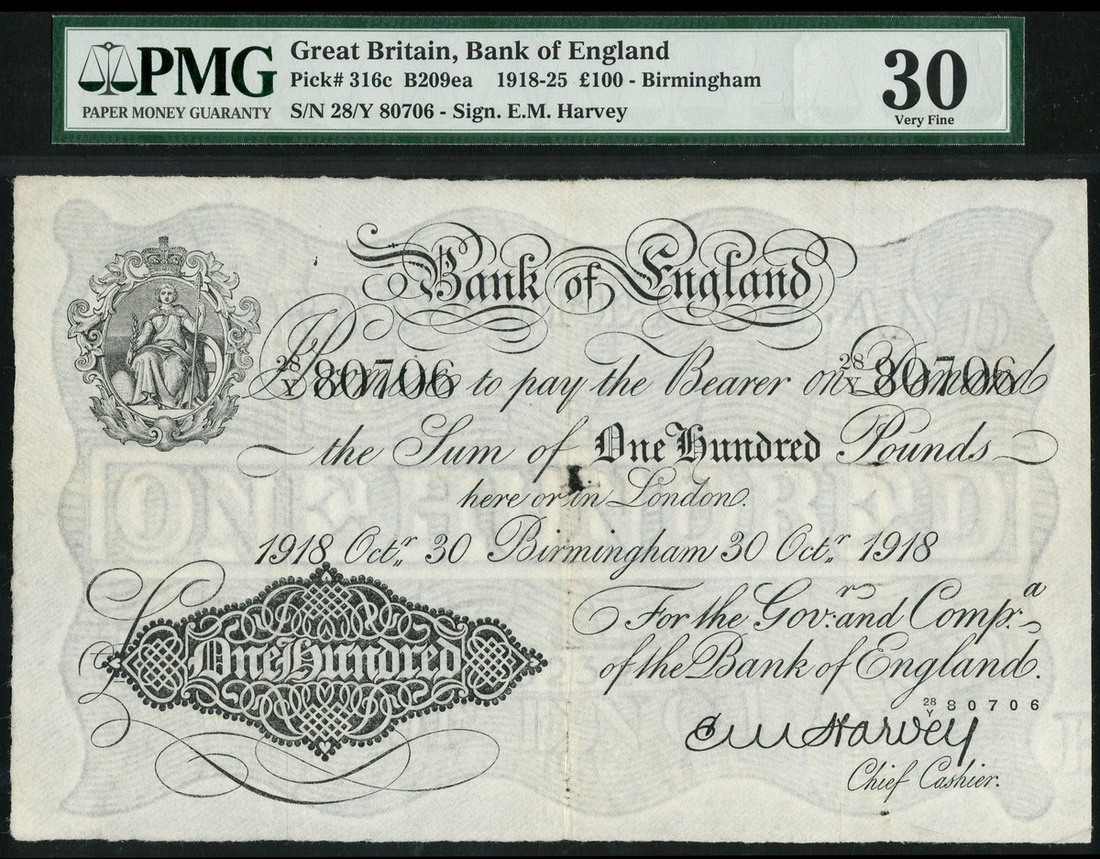 A Birmingham 30 October 1918 £100 note, with serial number 28Y 80706 and ornate crowned vignette of Britannia top left with the text 'I promise to pay the Bearer on demand the sum of One Hundred Pounds', fetched £2,500. The condition was said to be 'Very Fine, several holes, nevertheless rare in any condition as this one of only five recorded, and as a point of interest this date of issue marked the end of hostilities between the Allies and Ottoman Empire.'

The auction catalogue provided further information on the seller:

'Tony was an avid collector of the Bank of England black and white series and these iconic issues are well represented in this catalogue including numerous rarities and they are testament to Tony’s passion for the series. Particular highlights can be found amongst Tony’s branch issues, notably those from Bristol and Plymouth.'