The recent sale at Tokyo's Ginza Coins included a selection of rare Mexican coins amongst a wide selection of World and Japanese coins.

A Mexican Republic gold 50 Pesos piece from 1947 sold for £1,379.
The coin was one of four examples on offer, with each coin achieving a similar hammer price. 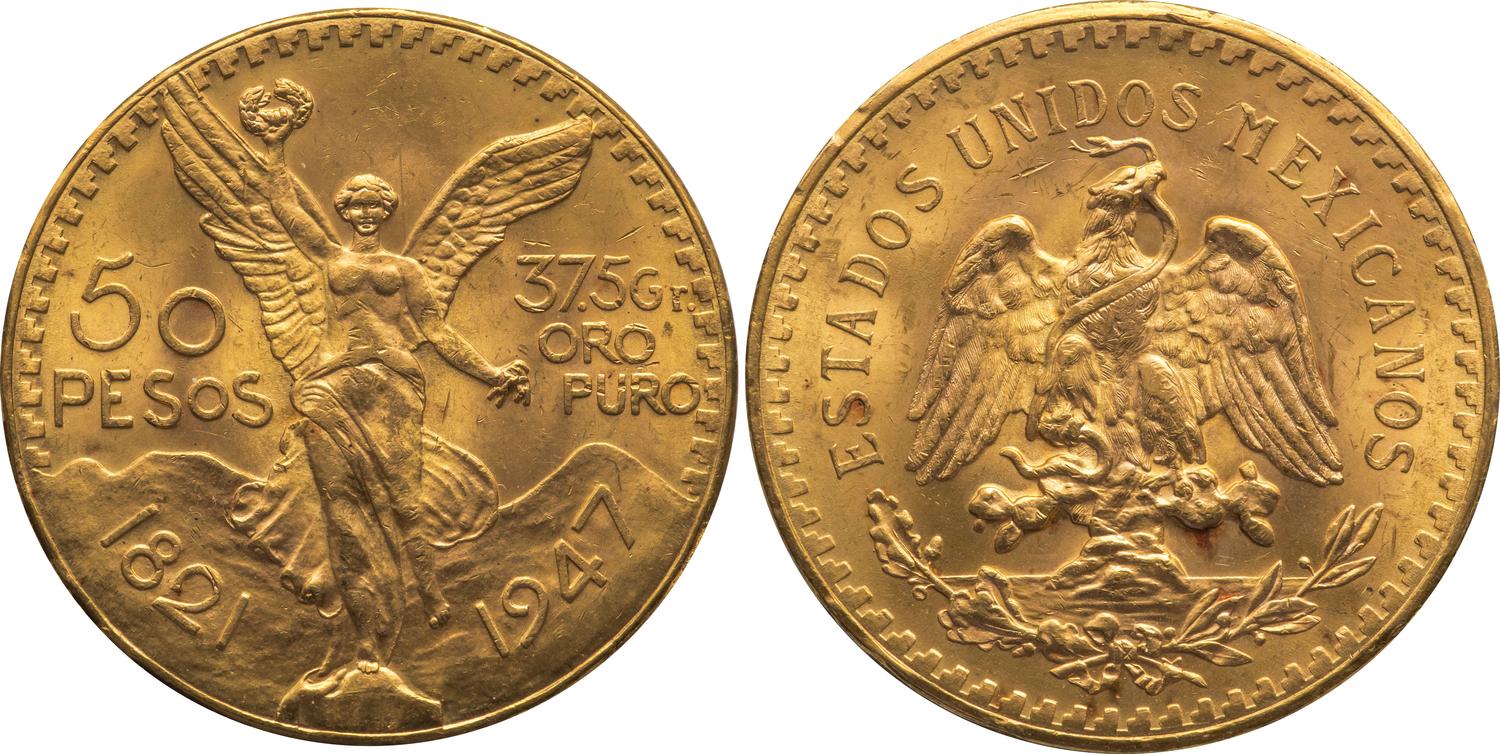 The Mexican coat of arms, also seen on the nation's flag, is seen on many Mexican coins. The depiction of the eagle perched on a cactus with a snake in its mouth is said by some to be a representation of good vs evil. However, the symbol is also mentioned in Aztec legend which states that the Gods instructed the Aztecs to leave their home and settle in a place where they saw the eagle and snake, namely Mexico City.