The recent Stack’s Bowers & Ponterio sale included a German Taler of 1627. According to the auction house the coin ‘recounts the power struggle that ensued in the Duchy of Brunswick-Wolfenbuttel during the Thirty Years’ War.

Duke Friedrich Ulrich was directly related to the King of Denmark, Christian IV, through his mother (the king’s sister) and, on account of the duke’s alcoholism, the Danish royal family stepped in to see to the administration of the duchy. Philipp Reinhard I, Count of Solms-Hohensolms, was brought in to act as Christian’s governor (vicar) in place of Friedrich Ulrich.

While in his role as governor, Philipp indulged himself with silver owned by the duke, as well as silver from around Wolfenbuttel, using the looted booty to strike talers for Philipp’s County of Solms-Hohensolms – even utilising the local mint at Wolfenbuttel in this exploit. As such, the resulting coinage became known locally as a Hahnreitaler (‘cuckold-taler’), as the infidelity of the governor had betrayed the former power of the duke. 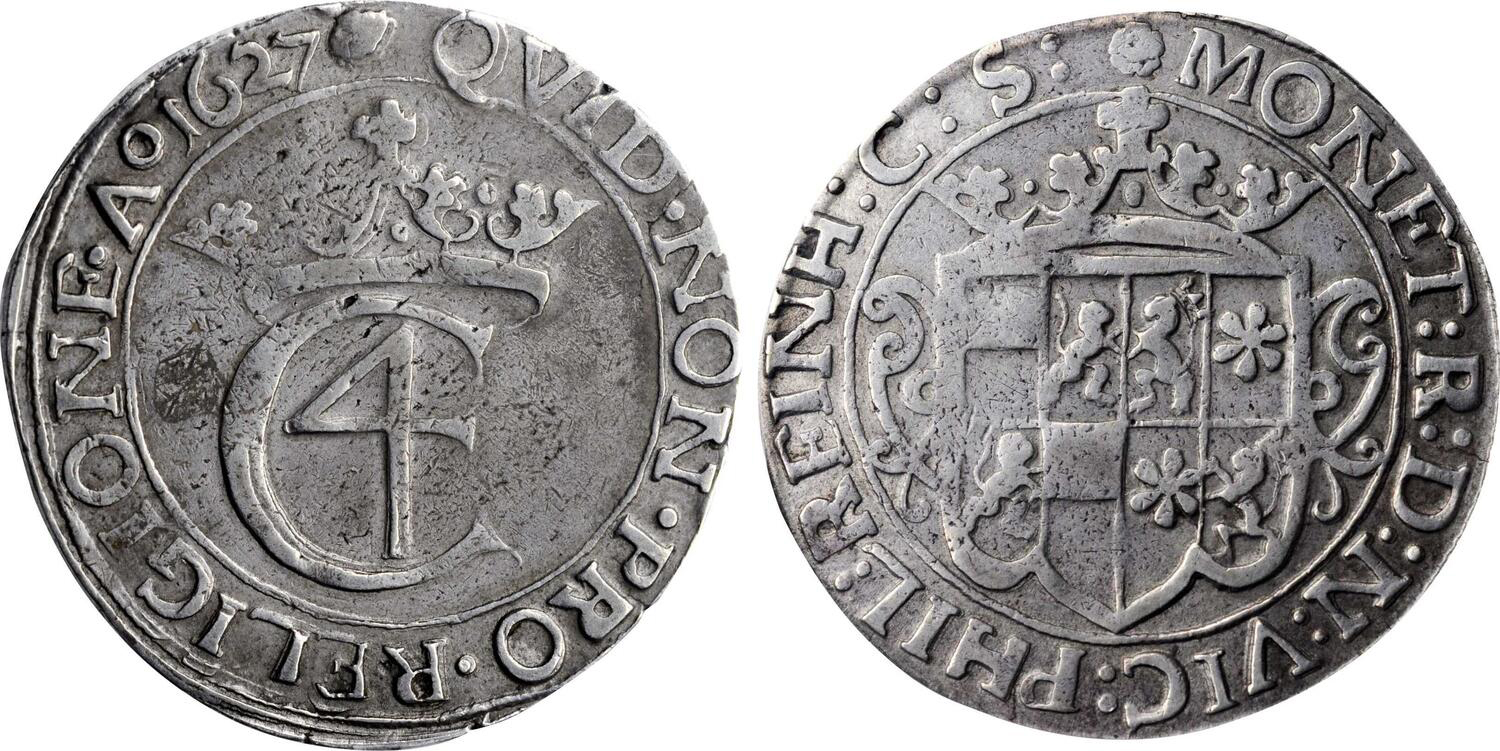 Bruun Rasmussen’s latest selection of ancient coins included a range Byzantine Empire pieces, such as this solidus of Leo I (457-474) minted in Constantinople. Also known as Leo the Great, the Roman leader oversaw the Eastern Empire for nearly twenty years.

Christoph Gärtner recently sold a 1683 thaler of Christian Ernst (1655-1712), a member of the House of Hohenzollern, produced by the mint master Johann Junge. With an armoured bust on the obverse and coat of arms on the reverse, the coin was described as being ‘of the greatest rarity, second known copy.’ 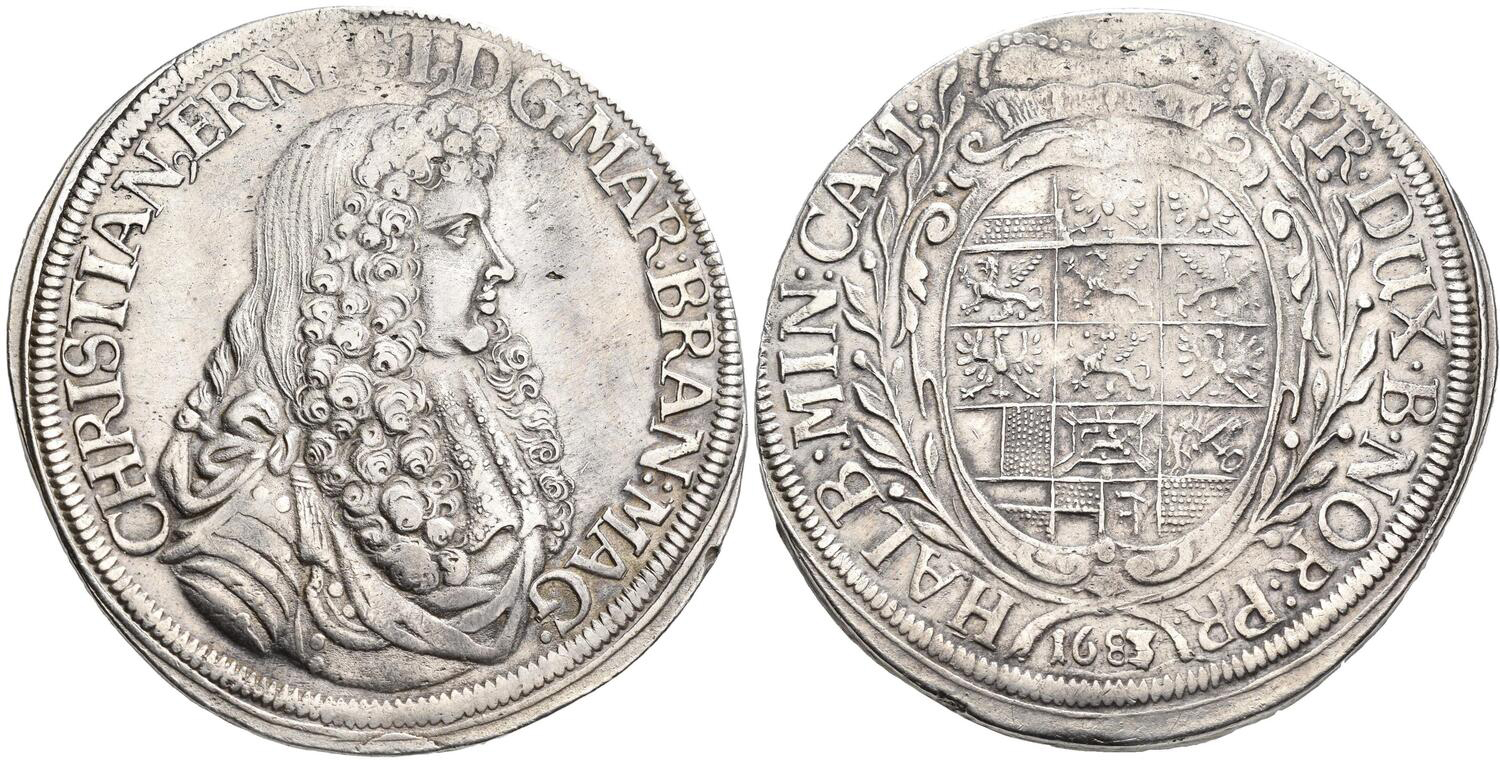 An extremely fine and rare Oliver Cromwell 50 shilling gold coin, dating from 1656 by Thomas Simon, who was Cromwell’s chief engraver, sold for a world record price of £471,200 at Dix Noonan Webb recently.

It had been expected to fetch £100,000 – 150,000 and only twelve specimens are believed to exist, with most being in institutions. This example was bought by an American buyer after much interest on the phones and internet from countries such as the Far East, North America and the UK.

The sale was the fourth and final part of the North Yorkshire Moors Collection of Coins and Medals.

Banknotes sold well at the Tennant’s sale, with highlights including a lot of three Jersey banknotes dating from the German Occupation of the Island from 1941-1942.

Consisting of a two shillings note, a one shilling and a 6 pence note, the lot sold for £220. These notes were issued due to a shortage of coinage in Jersey, exacerbated by occupying German troops returning home with coins as souvenirs.

New emergency notes were introduced by the States of Jersey, designed by Edmund Blampied. The 6 pence note was designed with an outsized ‘X’ in the word Six on the reverse of the note; when folded, the ‘X’ appeared as the resistance symbol ‘V’ for Victory. 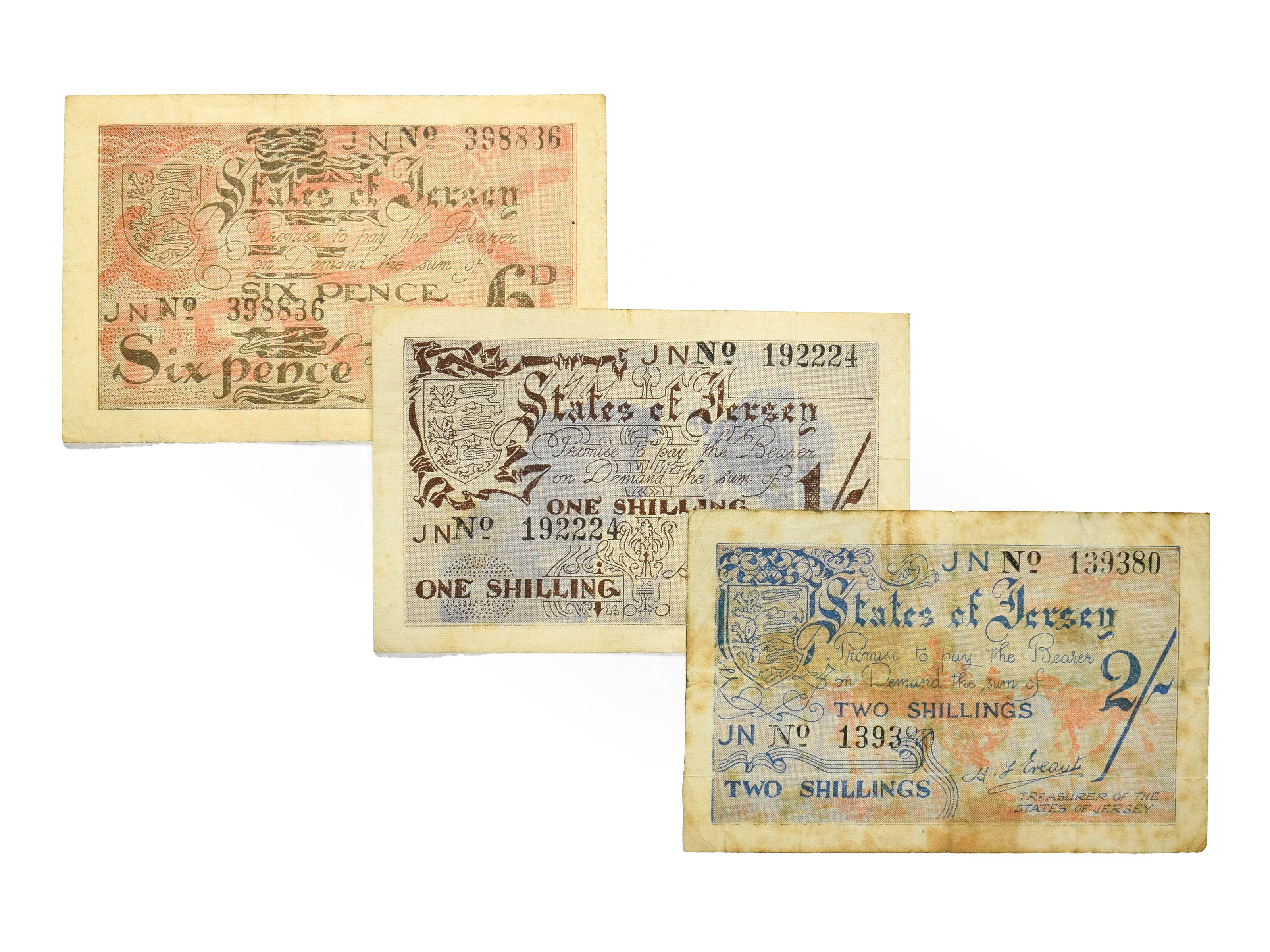 A rare coin from the reign of Elizabeth I sold for £16,120 at Dix Noonan Webb recently…

Your video guide to the Angel, an English gold coin introduced by King Edward IV in 1465…