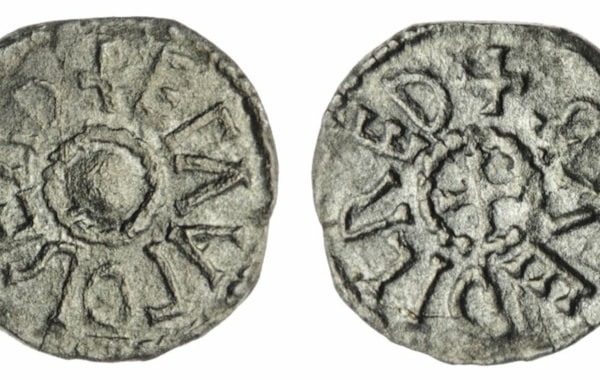 The Tony Abramson Collection of Dark Age Coinage – Parts I and II was sold during a mammoth twelve-hour auction at Spink recently, as our in-depth auction report reveals

It is not often that such an august institution as The Times reports on a coin auction, but the Abramson collection caught the attention not only due to its scope, quality and scarcity, but also the opportunity for the rapidly growing afficionados of this extraordinary coinage, to acquire numerous plate coins.

Spink, as publishers of Tony’s catalogues, was the natural home for this event. They promoted the auction enthusiastically beforehand and, on sale day, 18 March, Greg Edmund performed commandingly on the rostrum. This was no mean feat, as the 576 lots, constituting Parts I and II of the cabinet of over 1,200 early Anglo-Saxon gold thrymsas, silver sceats and base stycas, took twelve hours to complete!

SIGN UP TO THE FREE NEWSLETTER TODAY and we'll send you news, views and auction reports direct to your inbox. It's completely free and a great way to keep up to date with the very latest new coins, prices paid and enter our latest competitions.

The results re-wrote the record book for numerous varieties and warrant a fundamental revision of the standard catalogue values for this previously neglected coinage. A mere ten lots remained unsold, and these were quickly snapped up in a subsequent, ‘first come - first served’ offering.

The initial lots were of Continental gold tremisses producing solid but not spectacular results. However, the English gold started at lot 15 and took off into the stratosphere with lots 17-19, gold shillings of Mellitus, Eadbald and Paulinus respectively, a sequence never previously assembled.

Four hundred bidders vied for these treasures, with two tenacious parties fighting for the spoils. Though the auction was conducted behind closed doors in view of the pandemic, the tension was palpable. 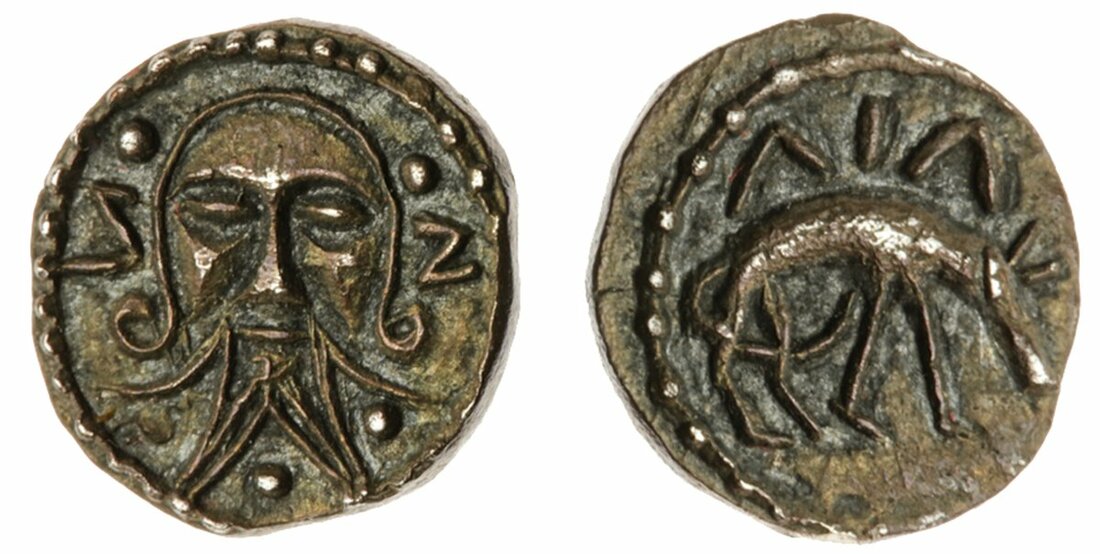 The enthusiasm and rivalry continued into the early silver pennies:

Rare and iconic coins of the ‘Animal Mask’ type and those of Beonna of East Anglia kept up the brisk pace prior to the offer of a choice selection of outstanding Northumbrian sceats.

These culminated with £17,000 [£20,400] for the stunningly rare joint issue of the patrician Æthelwald Moll and his son Æthelred, which Abramson now ascribes to the start of the Æthelred’s first reign (pictured above), and £7,000 [£8,400] for the best of Abramson’s five specimens of Eardwulf’s elusive sceats.

Even so, occasional bargains for the eagle-eyed will be treasured possessions of the astute bidders – for example, the extremely rare 'Get thee behind me, Satan!' variety of Series J, lot 125, went for a comparatively modest £380 [£456] and a sceat attributed by Abramson (after Professor Wim de Wit) to the Northumbrian missionary, Willibrodr, the long-lived bishop of Utrecht for £500 [£600].

Given that Part I was entitled Connoisseurs' Choice, it is only to be expected that condition consistently eclipsed rarity.

With the auction now running three and a half hours behind schedule, Edmund took a much needed, thirty-minute break before launching into the remaining Northumbrian coins constituting Part II.

The hope of anxious bidders that the excitement may have ebbed, evaporated with the opening three lots of highly desirable York gold shillings matching the early English gold in Part I.

The Northumbrian sceats saw intense rivalry though, after ten hours, when the base stycas were offered, it may have been expected that fatigue would set in and interest fade. Nothing of the sort, the stycas averaged over £225 hammer [£270]. Surprisingly, two stycas with Stewartby pedigrees sold at a loss to the vendor.

Echoing the report in The Times, Tony’s collection was truly unparalleled… his work has been pioneering: ‘This was the most important collection of early Anglo-Saxon coins ever to come to market.’ Parts III and IV will be auctioned on the 28 and 30 September, respectively.