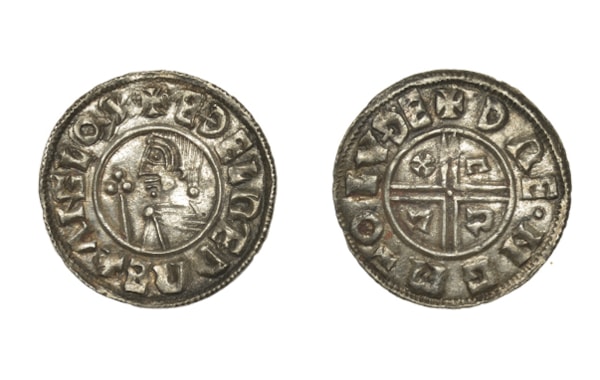 A hoard of Anglo Saxon coins found by metal detectorist Don Crawley in a Suffolk field in 2017 have sold for £90,000 at Dix Noonan Webb's recent two-day coin, tokens and historical medals auction

The coins came from several different mints and among the highest prices was an extremely rare small cross mule from the reign of Æthelred II (978-1016), from a London mint which sold to a European Collector for £13,640* against an estimate of £800-1,000 [Lot 61].

Louth had been a “Burh” or fortified settlement in the 10th century with a church containing the remains of St Herefrith. It is thought that the hoard appears to have been buried by a pilgrim who was making penitence worried about the impending apocalypse of the Millennium.

Speaking of his find, Don said:

'It was my first visit to this farmers land in Suffolk. After walking up an incline in the field, my Deus detector gave off a strong signal and within a short space of time I had recovered 93 coins. The Finds Liaison Officer was called in and they investigated the site which turned out to be a long-forgotten Saxon church which had been dismantled by the Normans in the 11th century. Excavating around they uncovered the remains of human bones and I found another six coins!'